The pet cat in China is now famous after seemingly shedding tears into a security camera while being left home alone. Fu Fu, the two-year-old British shorthair, could not control his emotions when he heard his owner calling his name through the monitor.

His owner, Ms Meng, said she was checking on the cat via a security camera app on her phone.

The emotional moggy was filmed on February 8 in Xuzhou, eastern China. Ms Meng had gone to her parents’ house in a nearby town to celebrate the Lunar New Year.

The video was uploaded to Douyin, the Chinese version of TikTok and has received more than eight million ‘likes’ and more than 250,000 comments. He has now been dubbed the nickname ‘left-behind cat’.

Ms Meng said that she couldn’t take Fu Fu to her parents’ house because he is shy and clingy. She said that her cat loves spending time with her.

When she departed for her trip, Ms Meng left enough food and water for Fu Fu and watched the CCTV surveillance regularly. 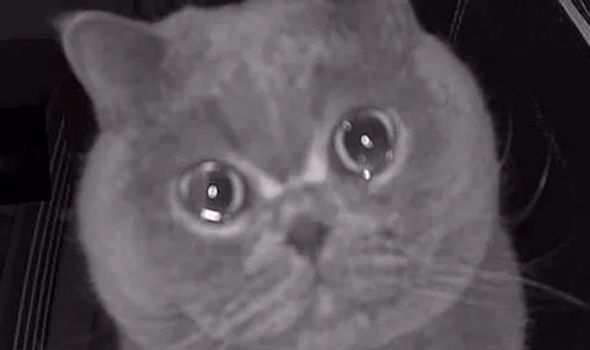 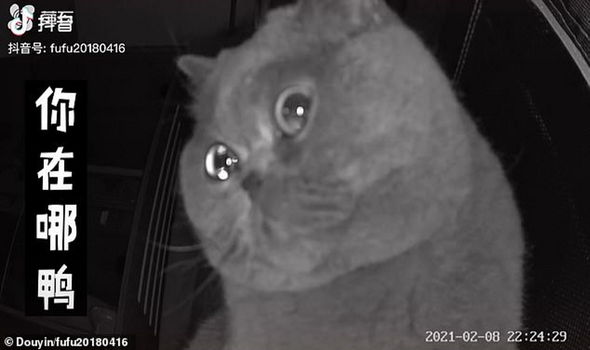 The adorable video shows Fu Fu purring with tears in his eyes whilst Ms Meng calls his name. She can be heard saying “do you miss me? I will come back in a few days.”

Fu Fu turns to look at the door, hoping to see her, and then touches the camera with his paw.

Ms Meng said: “I felt heartbroken when I saw this. I had planned to stay at my parents’ home for a week, but we all returned to Xuzhou early.”

Four days later, Ms Meng released a video update on Douyin which shows Fu Fu excitedly running towards her, so happy that she was finally home. 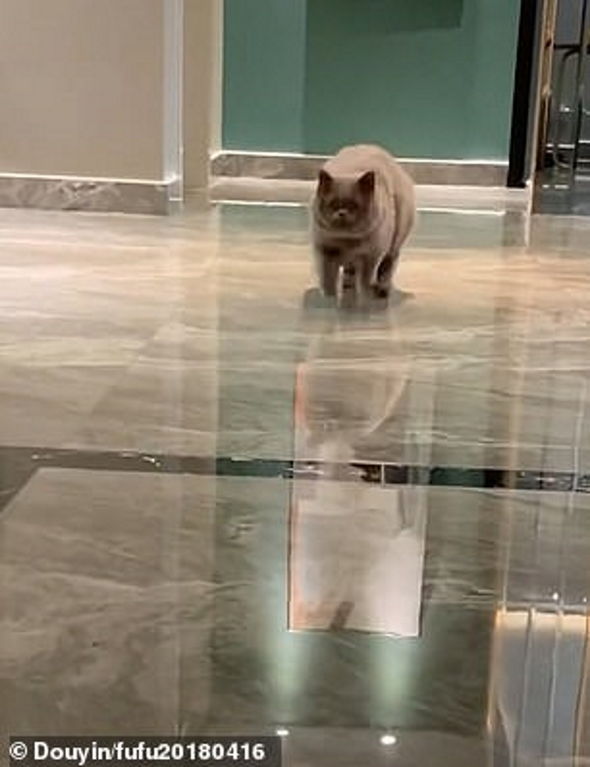 Teary eyes in cats can be a sign of illness, such as eye infections or blocked tear ducts.

Although, Ms Meng says that Fu Fu is perfectly healthy and sometimes has tears in his eyes when he is anxious or hungry.

Scientists have discovered that cats do suffer hurt feelings when they are left alone for long periods of time. The Swedish University of Agricultural Sciences and Uppsala University concluded that, much like dogs, cats also suffer from forms of separation anxiety. 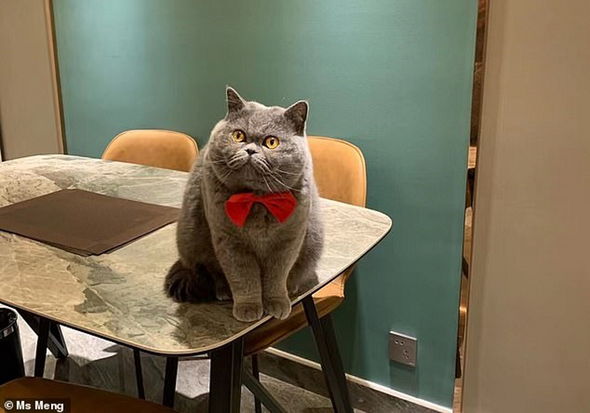 The researchers monitored 24 pets, aged between six months and 15 years, with video cameras in their homes. They discovered that cats interact more intensely, purring and stretching for longer, when owners returned after a long separation. They said that this could reflect a greater need to re-establish the relationship between cat and owner.

Vets advise owners to help their pets survive periods of separation by leaving on the television and radio as well as providing them with lots of toys.

Prince Philip has returned to King Edward VII's Hospital in London following his "successful procedure" for a pre-existing heart condition...