PARIS, May 23 – Millions of people tuned in on Sunday to watch France’s Emmanuel Macron at a private heavy metal gig in the gardens of his Elysee presidential palace, part of a YouTube video by two comedians.

Macron pledged in February to welcome McFly and Carlito, two French YouTubers followed by 6.5 million people, in the Elysee if they succeeded in garnering more than 10 million views for a video promoting social distancing measures during the pandemic.

McFly and Carlito won the bet and were allowed to shoot a 36 minute video, which within hours of release on Sunday morning had been viewed almost 2.7 million times.

The French President and the YouTubers exchange stories during the show, which ends with a stroll in the Elysee gardens, where French band Ultra Vomit perform a hard rock version of the French lullaby “A Green Mouse” (“Une souris verte”).

Macron’s ratings in the 18-24 age group category have risen by eight points over a month, to 51%, versus a general approval rating of 40%, which is up three points, the latest poll published by “Journal du Dimanche” showed. 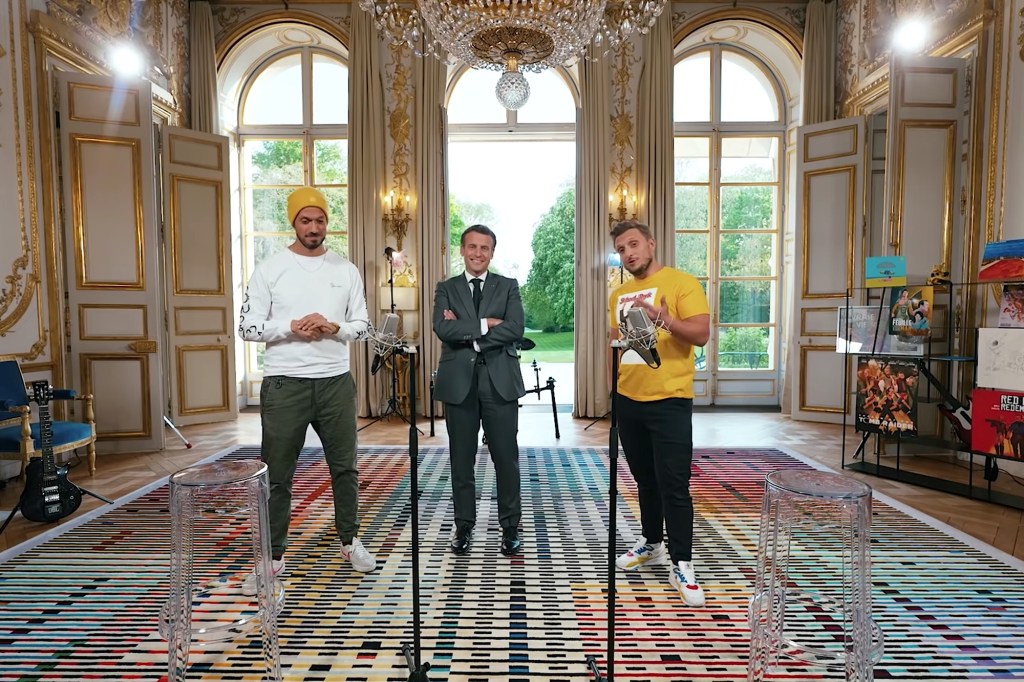 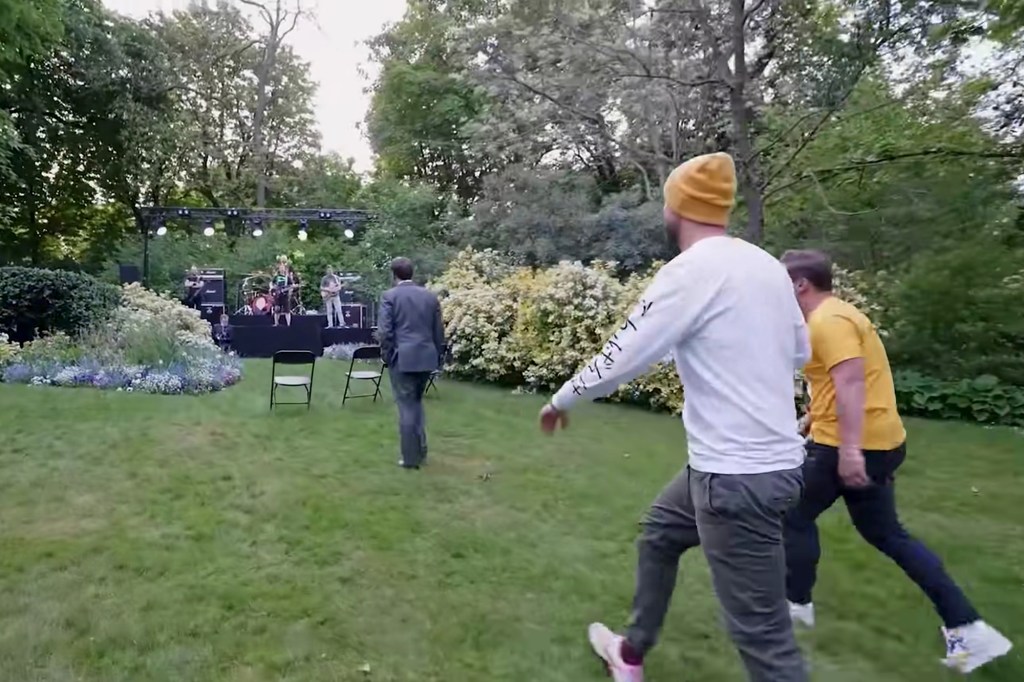 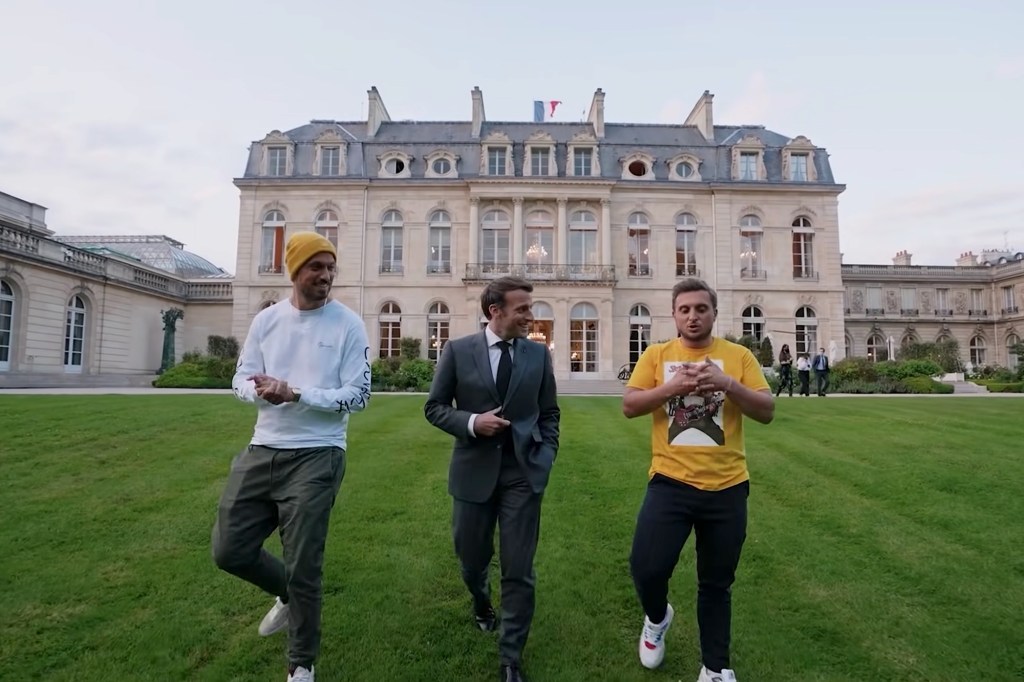 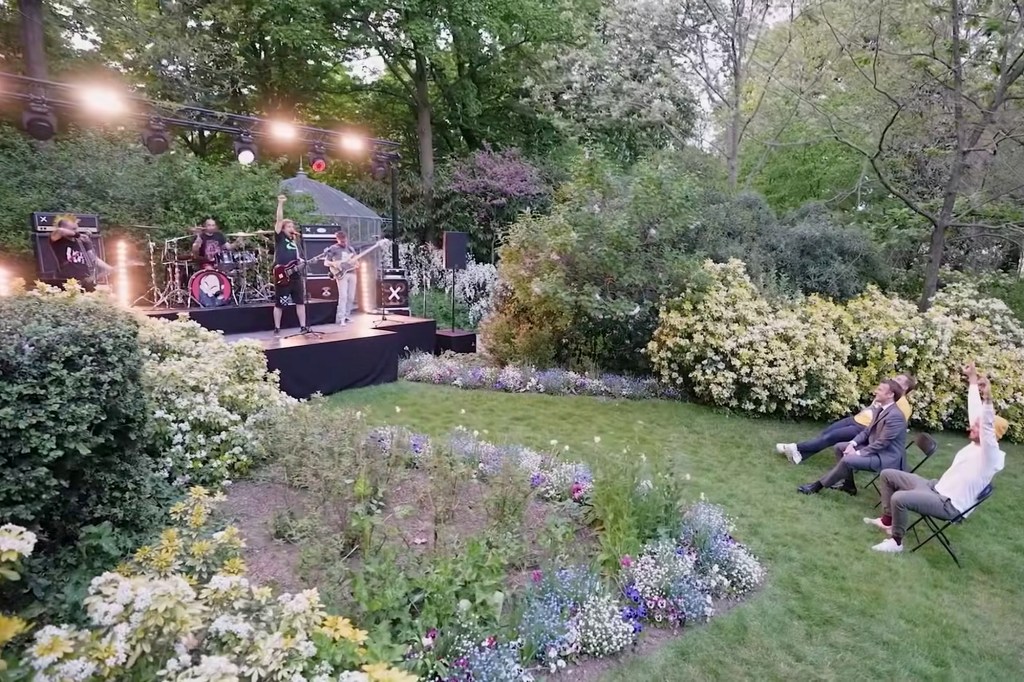 18 Jan 22
'Why do we need this on our screens?' Keeping Up With The Aristocrats viewers slam…
Lifestyle
0