Hilary Duff is getting an earful.

The “Lizzie McGuire” alum, 31, came under fire after eagle-eyed followers noticed that her 8-month-old daughter, Banks, has her ears pierced in Duff’s latest Instagram post.

In the photo, Banks is sporting tiny stud earrings. Her dainty accessories appear to be a new addition as the toddler didn’t have her ears pierced in Duff’s posts last month.

A wave of mommy-shamers flooded Duff’s comments with criticism for inflicting “unnecessary pain” on her child, reigniting a debate on the appropriate age for body jewelry for youngsters and whether it should be considered “child abuse.”

More: Hilary Duff gets real about how ’emotional and hard’ it is when the breastfeeding stops

“I can’t fathom why you would you think it’s okay to have your daughters ears pierced. Causing her a tremendous amount of pain and discomfort,” user _katebentley__ said. “And tell me how did it make you feel sitting there and watching her have pain inflicted on her unnecessarily?”

Others called out Duff because her daughter is not old enough to agree to the jewelry.

“Just wondering how she gave you consent to pierce her ears? unfollowing,” @tee_ciullo wrote. 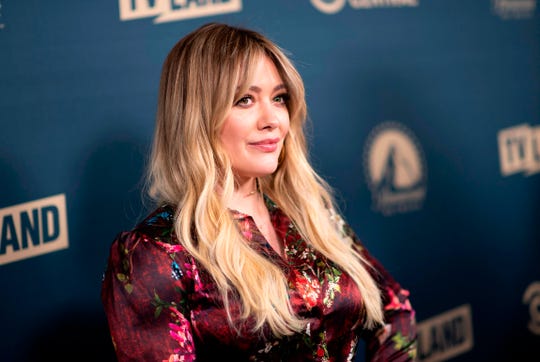 Although Duff didn’t respond to the criticism, some fans jumped to the defense of Banks’ newly adorned lobes.

“News flash. I was a troubled teen. I had major issues and resentment towards my parents. Having my ears pierced when I was 6mos old was not one of them,” @krystin_babiczleghorn sarcastically responded with an eye-roll emoji.

User @this_issheena added: “Parents have been doing this for YEARS! It’s not painful and not a big deal so back off! Do what you will with your own child.”

Though parents’ opinions have long clashed over when is the right age to let a child have body jewelry, many Latin American, African American and Middle Eastern households have pierced babies’ ears for many generations in accordance with their culture, holding the belief that the younger the child, the less the piercings hurt.

Duff is not the first celebrity mom to get ear-piercing backlash. Makeup mogul Kylie Jenner and model Gisele Bundchen faced similar criticism in 2018 and 2013, respectively.

Kylie Jenner and Stormi spark debate:How old must a baby be before getting pierced ears?