CeeLo Green recalls robbing people after dropping out of school

A band of stylishly dressed robbers pulled off a “terrifying” broad day heist at one of Europe’s top art fairs on Tuesday, which art insiders told Page Six had “people panicked.”

The attack went down at the Netherlands-based megafair TEFAF — which New Yorkers know from its annual iteration at the Park Avenue Armory in May that recently sold off works by Calder and Warhol, among others.

The TEFAF Maastricht fair is known for its Old Master paintings, but it seemed that the crooks were after fine jewelry that was also on display.

Video showed the thieves using giant sledgehammers to smash thick glass cases in the booth of a London jewelry dealer as an alarm sounded.

Cops reportedly said the baddies got away with jewelry, without revealing the amount. Like a scene from a movie, the hip thieves were dressed stylishly in blazers, caps, slim khakis and cool sneakers. They had no masks.

Video from the scene showed one good Samaritan of the art world trying to halt the crooks by picking up a large vase of flowers and swinging at the bad guys — but then thinking better of it and placing the arrangement back on its pedestal when one thief seemed to wave a gun. 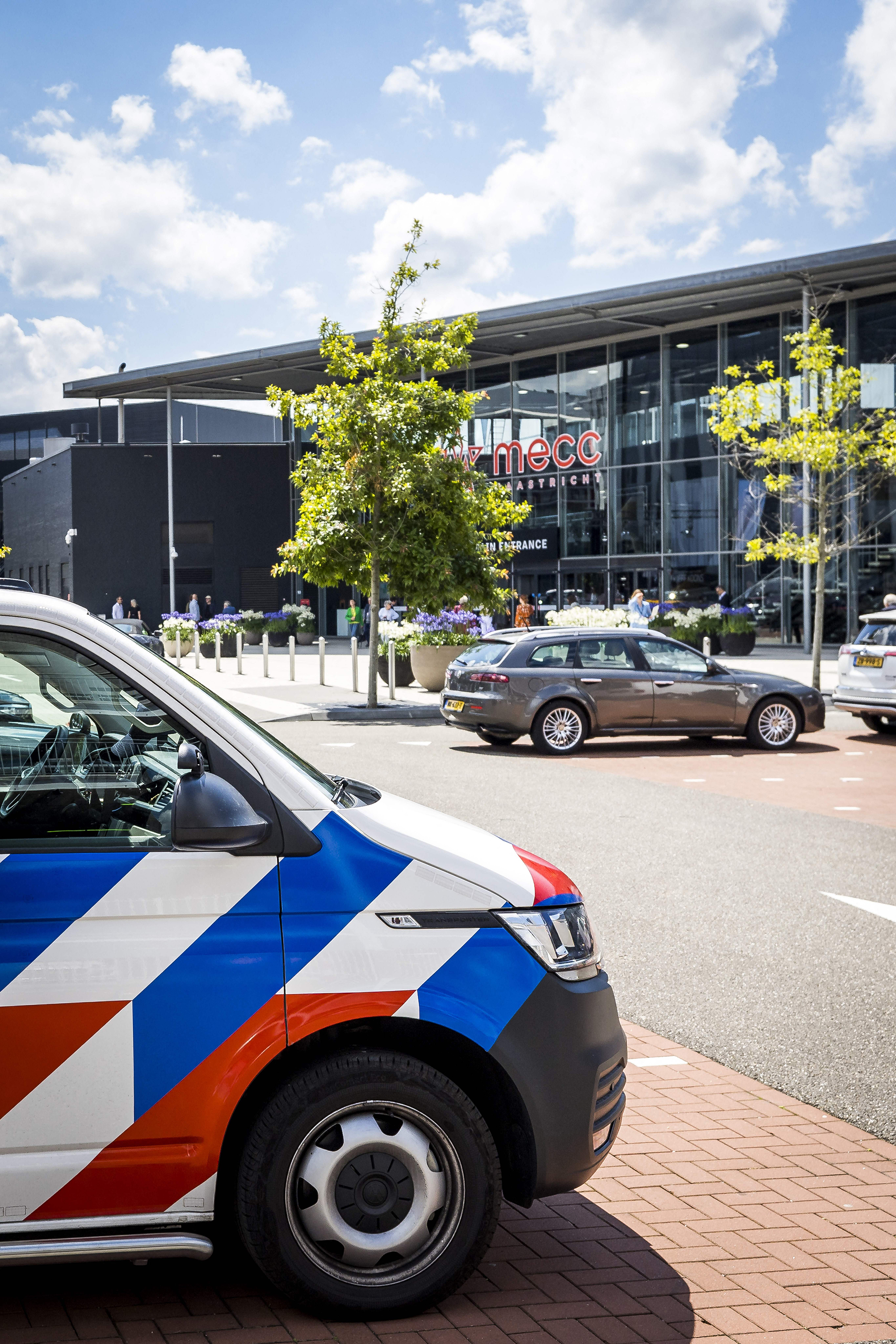 A source told Page Six of the scene: “One robber was smashing cases with a sledgehammer while accomplices kept visitors away.” And, “The crooks used a huge hammer hidden somewhere at the fair to break cases open of jewelry. Terrifying! People panicked and ran and ducked for cover as the breaking glass sounded like gunshots.”

The fair was having its first in-person event since 2020. There were booths by Van Cleef & Arpels, White Cube, Wildenstein & Co., and Axel Vervoordt — known for designing Kim Kardashian and Kanye West’s LA home.

Reports have said that the robbers exited via a restaurant, and that two Belgian suspects were arrested nearby.

5 Nov 20
Frantic fights to find a hairdresser in time. A mad dash for a manicure. And…
Lifestyle
0