A YOUNG woman who loved a heart-shaped freckle on her face was stunned when doctors said it was skin cancer. 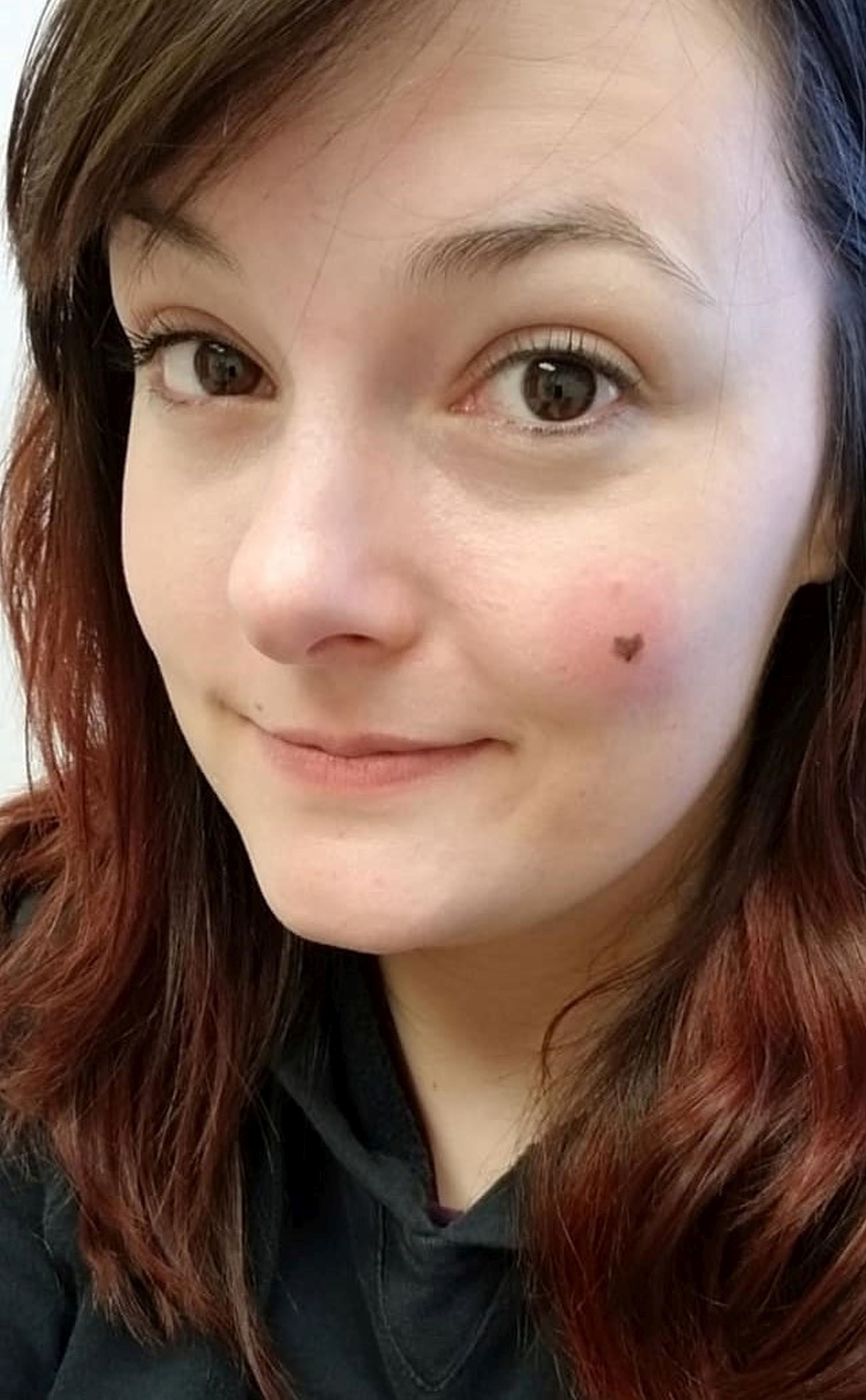 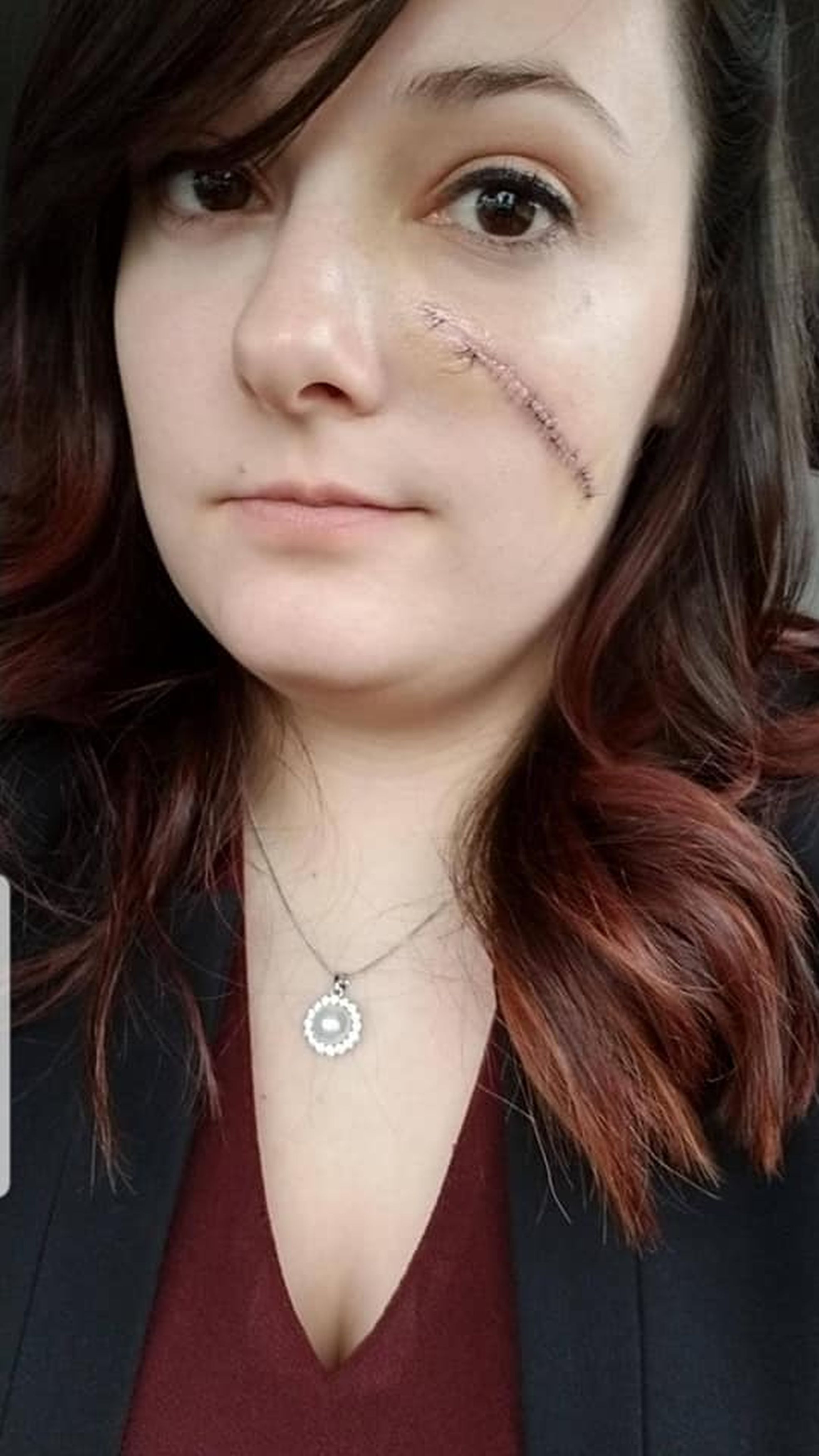 Kayla, from Portland, Oregon, US, said: "If I hadn't removed it, I would have died when I was 28 years old.

"I didn't tan a lot before the diagnosis, but when I was a kid I was running around Alabama, usually with no sunscreen, or at least not reapplied every two hours."

She had the tiny freckle on her left cheek from 12, and over the course of 15 years it transformed into the distinctive heart shape.

It turned a darker colour and lost the recognisable shape when she was 27.

Kayla went to her GP and was referred to a dermatologist who took a biopsy.

Three days she was given the devastating news that it was a "highly aggressive" form of melanoma.

She said: "When I got the call from the dermatologist saying I had a highly aggressive form of melanoma I was getting ready to go to work a 12-hour night shift at the jail.

"I sobbed in my bathroom and [from then on] had constant anxiety about dying."

Kayla then had intensive surgery – which saw her face "filleted", with the skin removed layer by later.

She had the op where the specialist delicately sliced off each layer of cancerous tissue and sent it off for testing.

Kayla said: "At the appointment they put me on a chair, much like a dentist chair, and reclined me back.

"They cleaned the area and began injecting my cheek with stuff to make it numb then they started to cut a circle on my cheek around the cancer.

"As they did it I could feel the cuts near my nose, then they peeled it [the tissue] off my face.

"There's nothing quite like watching your skin be filleted off.

"I could see the yellow layer of fat that went with it, leaving a gaping, bleeding hole in my face that was the size of, and looked like, a pepperoni.

"They then proceeded to cauterise the hole and give me a giant bandage while I waited for the results to come back."

The following day she was told that all the melanoma had been successfully removed.

Melanoma is a type of skin cancer that can spread to other organs in the body. The most common sign of melanoma is the appearance of a new mole or a change in an existing mole.

This can happen anywhere on the body, but the most commonly affected areas are the back in men and the legs in women.

In most cases, melanomas have an irregular shape and are more than 1 colour. The mole may also be larger than normal and can sometimes be itchy or bleed. Look out for a mole that gradually changes shape, size or colour.

In most cases, once the melanoma has been removed there's little possibility of it returning and no further treatment should be needed. Most people (80 to 90 per cent) are monitored for 1 to 5 years and are then discharged with no further problems.

Kayla said that three years on she has skin checks every six months and has subsequently had freckles removed from her back, neck, right arm and two on her face as a precaution.

Now, she is urging people to always wear sunscreen and reapply every two hours.

"Get suspicious things checked by a professional. Live a life you love, and love the life you live." 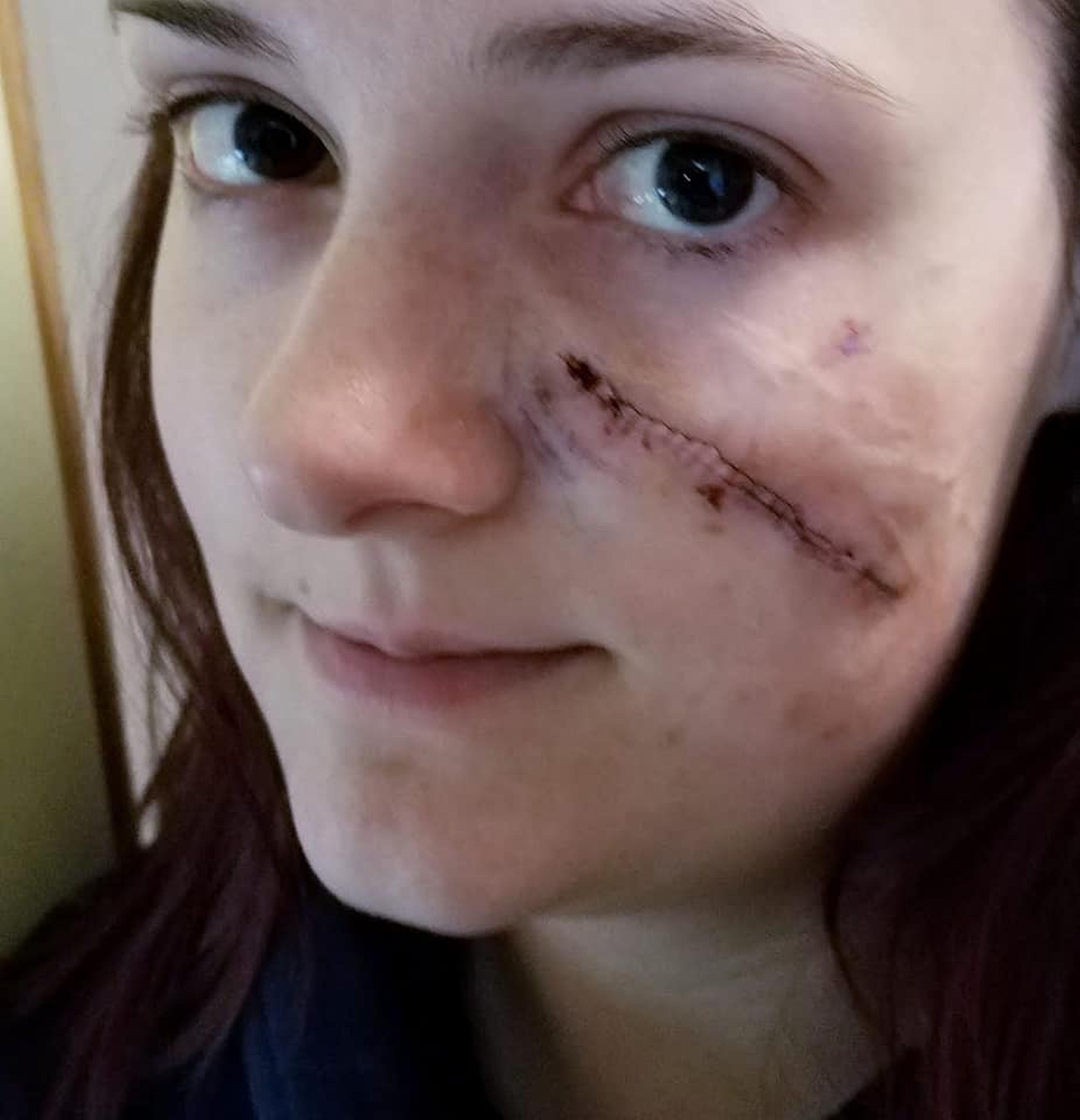 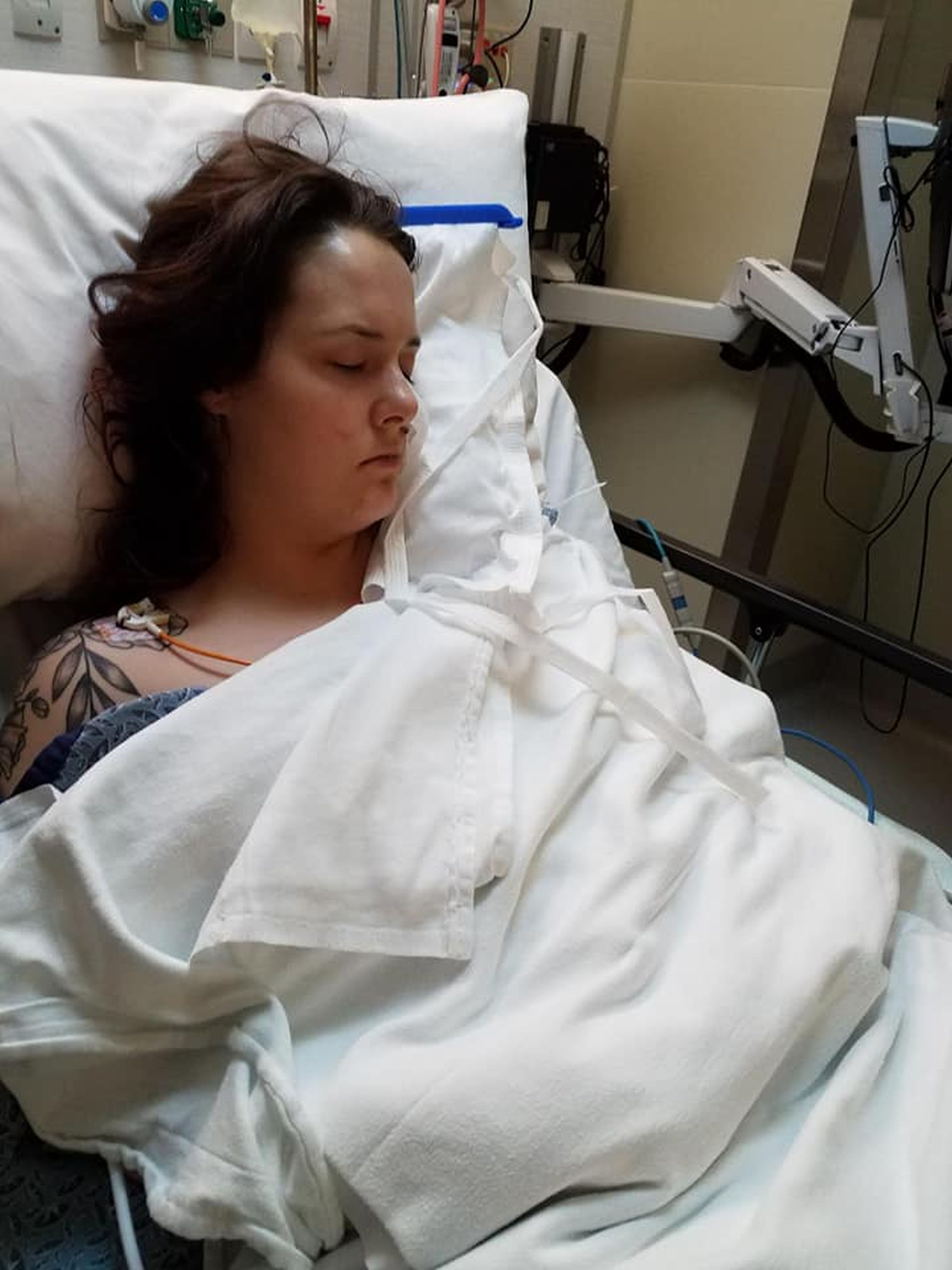 12 Dec 20
It wouldn't be a Taylor Swift album release without an Easter egg hunt.Luckily, after taking…
Lifestyle
0

17 Apr 20
Are you saving or spending more money than usual during lockdown? What should you be…
Lifestyle
0