AS a teenager, Jennifer Dingle had been a ‘late bloomer’.

Throughout her teenage years she watched all her friends get their periods and had been excited at the prospect of her being next. 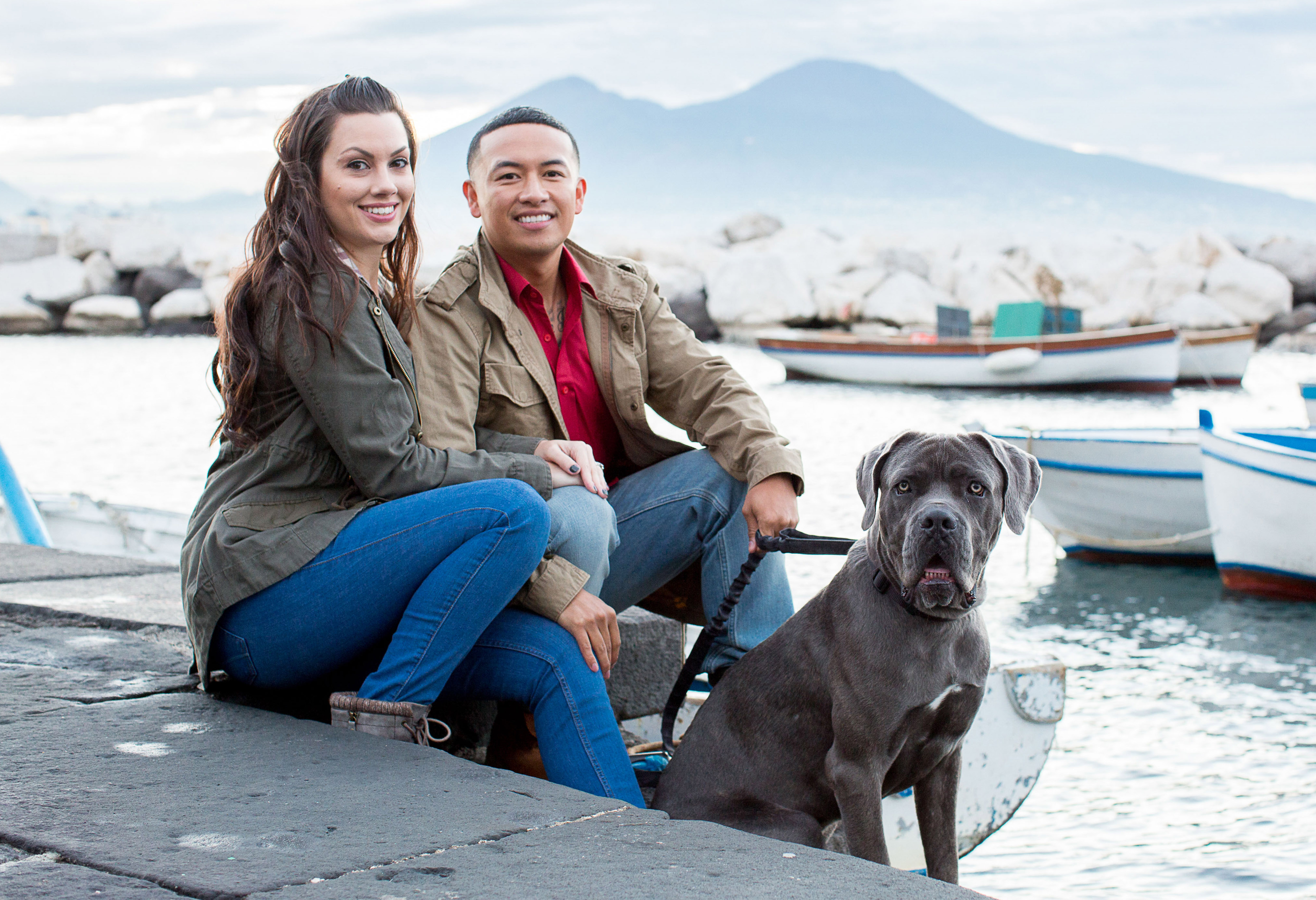 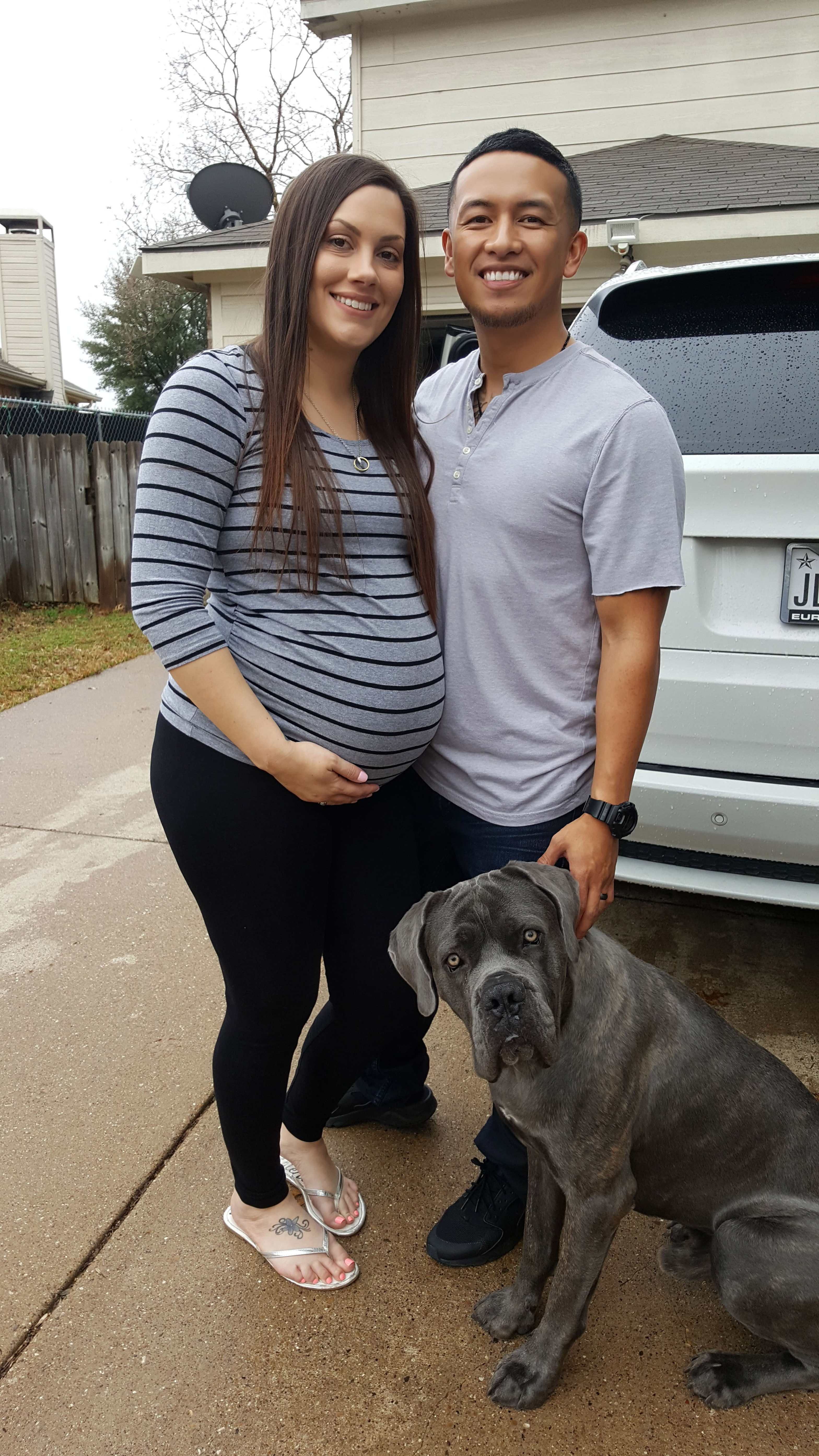 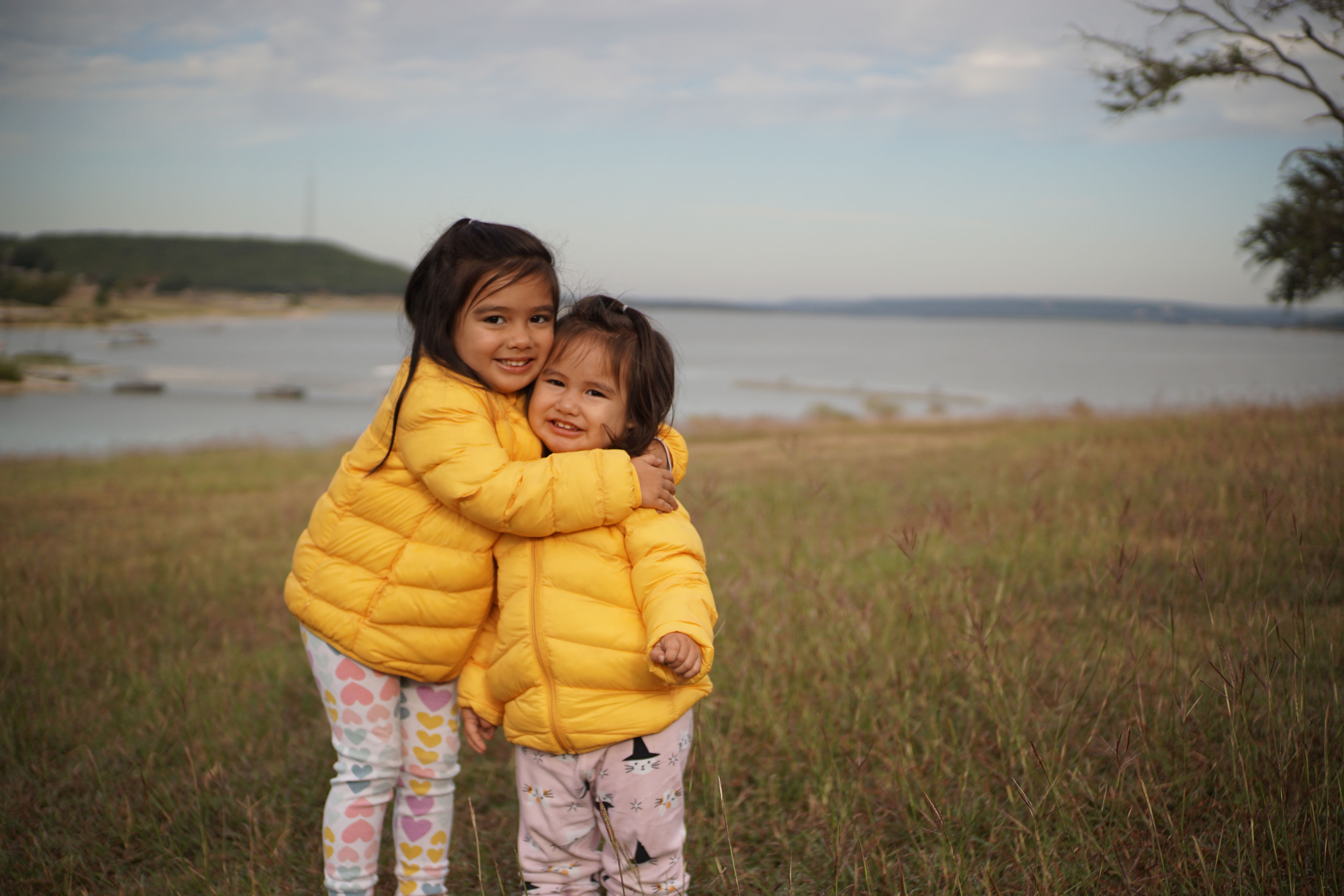 But it never happened and Jennifer’s mum took her to a doctor who, on examination, couldn’t find her cervix.

Luckily she did have ovaries and further tests confirmed that Jennifer had no uterus and she was diagnosed with Mayer-Rokitansky-Küster-Hauser syndrome (MRKH).

It’s a disorder that means because she was born without a uterus, she would be unable to carry a baby.

The now 33-year-old said she was devastated at the diagnosis but despite it being medically impossible, she always held out hope that she would one day get pregnant and have her own child.

Incredibly, Jennifer’s wish has come true thanks to modern medicine – and she now has two healthy little girls Jiavannah and Jade with her husband Jason, 34, after undergoing a pioneering uterus transplant in December 2016.

She is thought to be the first woman in US history to have two miracle babies.

Jennifer said: “I was told I’d never be able to carry my own child, and if I wanted to have my own biological children with a surrogate.

“It was hard. Every little girl has that dream of getting married and having kids.”

She started thinking about their options to have a family but because of Jason’s job in the military they had to hold off.

Two years later in 2016 while the pair were stationed in Italy, Jennifer received an exciting call from her mother that would end up changing their lives.

She said: “Jason has always been incredibly supportive of my condition, I told him from the very start.

“He told me not to worry and that we would become parents no matter what.

“A few months after getting married, I went to see my gynaecologist for a check-up and asked her about options to start a family.

“She had told me she had heard about a uterus transplant happening overseas, but not to get my hopes up as she thought it would be too risky.

“Two years later, we were stationed in Naples, Italy, when I got an excited phone call from my mum.

“She had heard that Baylor University Medical Centre in Dallas, Texas, was looking for participants for a medical trial for 10 women to have a uterus transplant.

“I flew home right away to apply and get the progress started.”

Two months after applying in July 2016, Jennifer was told she was being accepted to take part in the trial – and she swiftly moved back home to Texas in September to start the process.

They are our special little miracle babies. We couldn't be happier

She underwent an IVF cycle which created five embryos and in November, the clinic had found a living donor who wanted to donate her womb.

In December 2016 the transplant went ahead after a nine-hour surgery and in January 2017, Jennifer got to experience having her very first period at age 27.

She said: “I was the second successful uterus transplant recipient in the United States.

“I was so happy to get my first period, but after a few months I realised that I wasn’t missing out on anything.

“At 27 years old, I’m googling about menstrual cycles. It’s so funny to think about.”

Then in August, 2018, doctors asked Jennifer if she wanted to do something that no one else in the USA had ever done after a uterus transplant – try for a second child.

With four embryos left, the couple decided to give it a shot but felt defeated after the first transfer didn’t work – while the second and third transfers ended in miscarriage.

With just one embryo left, Jennifer and Jason knew it was their last hope to have another child.

Amazingly, it worked, and the mum made history after getting pregnant a second time in July 2019 – with adorable little Jade, now almost two, being born through C-Section at 38 weeks in February 2020, weighing 7lbs 7oz.

She said: “I never thought I’d ever hear the words ‘you’re pregnant’.

“Even after the doctor confirmed it with blood tests, I went home and did several tests just to experience it myself, it was so surreal.

Mayer Rokitansky Küster Hauser (MRKH) syndrome is a congenital (born with) abnormality, characterised by the absence or underdevelopment of the vagina, cervix and the womb, which affects one in every 5,000 women.

People with the condition usually discover that they have it during puberty, as although they develop breasts and pubic hair, they do not start having periods.

This is because the ovaries produce the female hormones that make normal development occur, but the absence of the vagina and uterus mean that there is no bleed.

For the majority of women with MRKH, surgeons are able to create a vagina by stretching the small amount of vaginal tissue already present.

Following this, women with MRKH will be able to have sex.

Although women with this condition are usually unable to carry a pregnancy, they may be able to have children through assisted reproduction.

Individuals with MRKH syndrome may also have abnormalities in other parts of the body.

The kidneys may be abnormally formed or positioned, or one kidney may fail to develop (unilateral renal agenesis).

Females with MRKH syndrome may also have hearing loss or heart defects.

“I’m the first woman in the United States to have two babies following a uterus transplant. So that is quite a conversation starter.2

Jennifer said that she’s ‘so grateful’ to the woman who donated her uterus.

“She went through so much so that I could start a family and words can’t even describe how thankful I am.

“I did find her on Facebook, but we haven’t met up yet. Maybe one day we will.”

The first successful uterus transplant took place in Sweden in 2014 and to date, only around 50 of the procedures have been performed around the world.

It’s still thought of as a late resort and is a temporary measure and after one or two successful pregnancies, the patient undergoes a hysterectomy.

This is to avoid infection and so that Jennifer doesn’t have to be on medication for the rest of her life.

Jennifer added: “If we wanted to have another child, we could use a surrogate as I’m still producing eggs.

“One day when the girls are older, I’ll have to tell them the story about how they came into the world.

“They’re our special little miracle babies. We couldn’t be happier.” 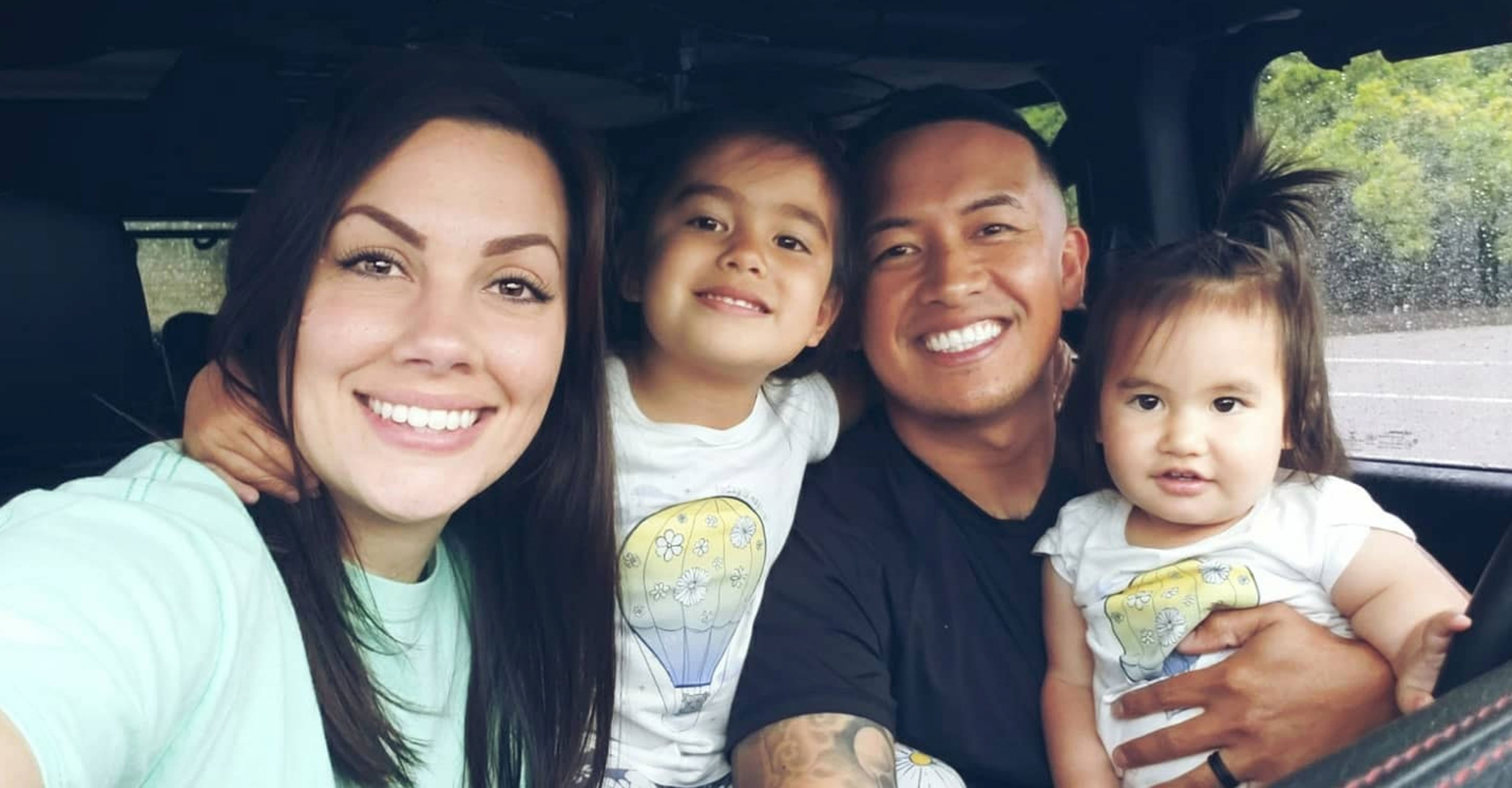 21 Feb 20
Everyone knows who QueenElizabeth’s favorites are, even though she’s never come out and declaredtheir names.…
Lifestyle
0