Taking it easy. Kim Kardashian‘s relationship with Pete Davidson is helping her learn how to relax, a source exclusively reveals in the new issue of Us Weekly.

“The past few years of Kim’s life have been super intense a lot of the time, so this is a real positive transition for her,” the insider says of the Skims founder, 41, and the Saturday Night Live star, 28. “She’s learning to move past day-to-day stresses and focus on the fun and sexy things.”

The Keeping Up With the Kardashians alum was first spotted with the comedian in late October when they visited a California theme park with Kourtney Kardashian and her fiancé, Travis Barker, shortly after her SNL hosting debut. A few days later, the KKW Beauty mogul and the New York native had dinner together two nights in a row on the East Coast. 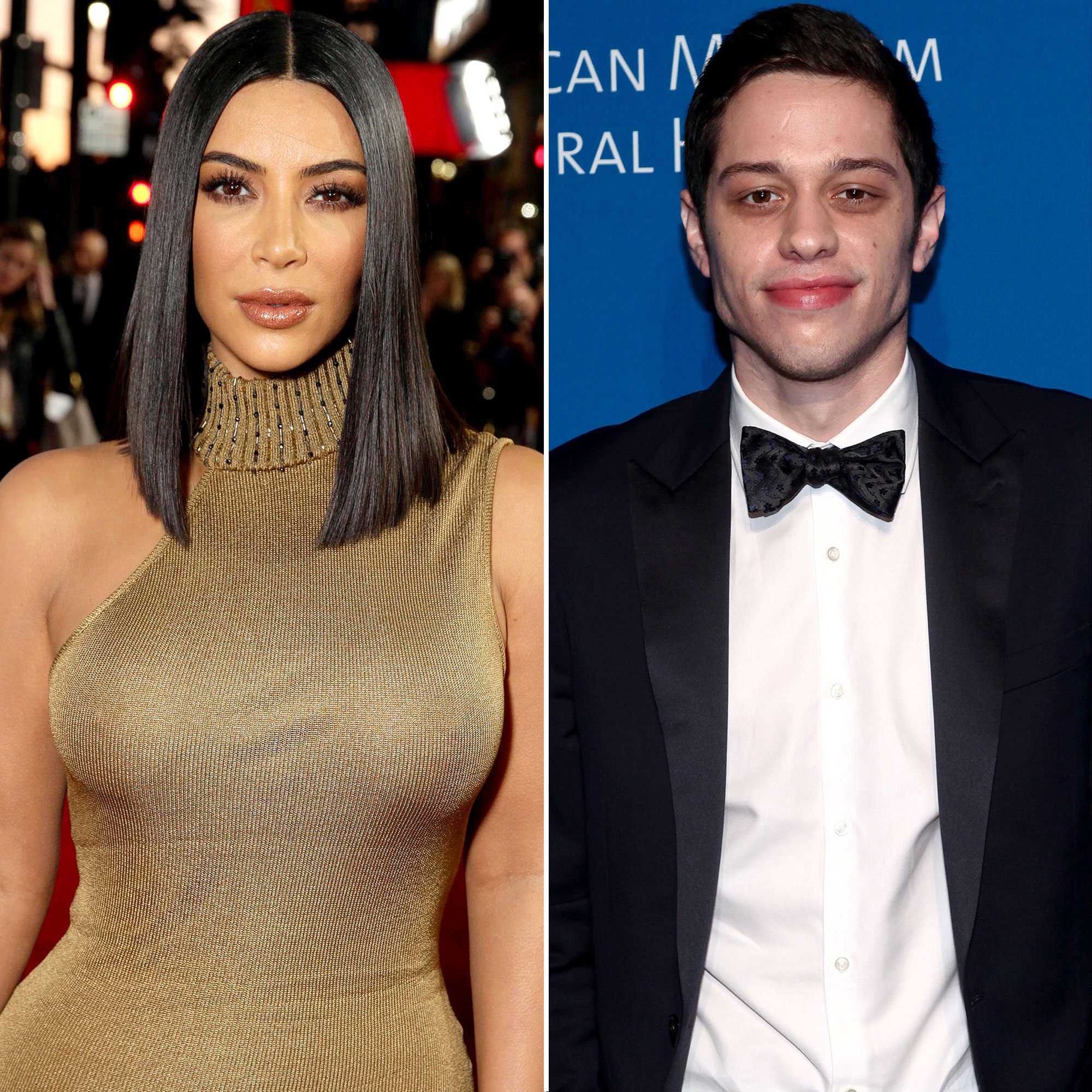 More recently, the twosome raised eyebrows after Davidson was photographed with a bruise on his neck that many social media users assumed was a hickey during a romantic dinner with Kim. The pics came less than one week after the duo confirmed their romance by walking hand in hand in Palm Springs, California, after celebrating the Meet Cute actor’s birthday together.

“Kim lights up when she’s around Pete,” a source exclusively told Us earlier this month. “Their chemistry is off the charts and getting stronger each passing day.”

The Selfish author is still hammering out the details of her split from her husband of six years, Kanye West, after filing for divorce in February. The duo share four children: North, 8, Saint, 5, Chicago, 3, and Psalm, 2.

The rapper, 44, and his estranged wife have collaborated several times since their breakup, but West recently claimed that he never received divorce papers. “My kids want their parents to stay together,” he said during the November 5 episode of the “Drink Champs” podcast. “I want their parents — I want us to be together.”

Davidson, for his part, has dated a series of high-profile women, including Phoebe Dynevor, Kate Beckinsale and Margaret Qualley. He was briefly engaged to Ariana Grande in 2018.

Some of Kim’s friends and family were “cautious” about her new romance because of the Guy Code alum’s reputation, the first insider adds, noting that “a few of them still are, mainly because they’re so protective of her.”

Davidson’s past doesn’t seem to be a problem for the reality star, however, who has been having a blast with her new man.

“It’s hard to ignore how happy she is,” the source tells Us. “And that’s all that really matters.”

For more on Kim’s romance with Davidson, watch the video above and look for the new issue of Us Weekly, on stands now. 15 Nov 20
90 Day Fiancé fans either love or hate Paola Mayfield. And given Mayfield’s willingness to…
Lifestyle
0