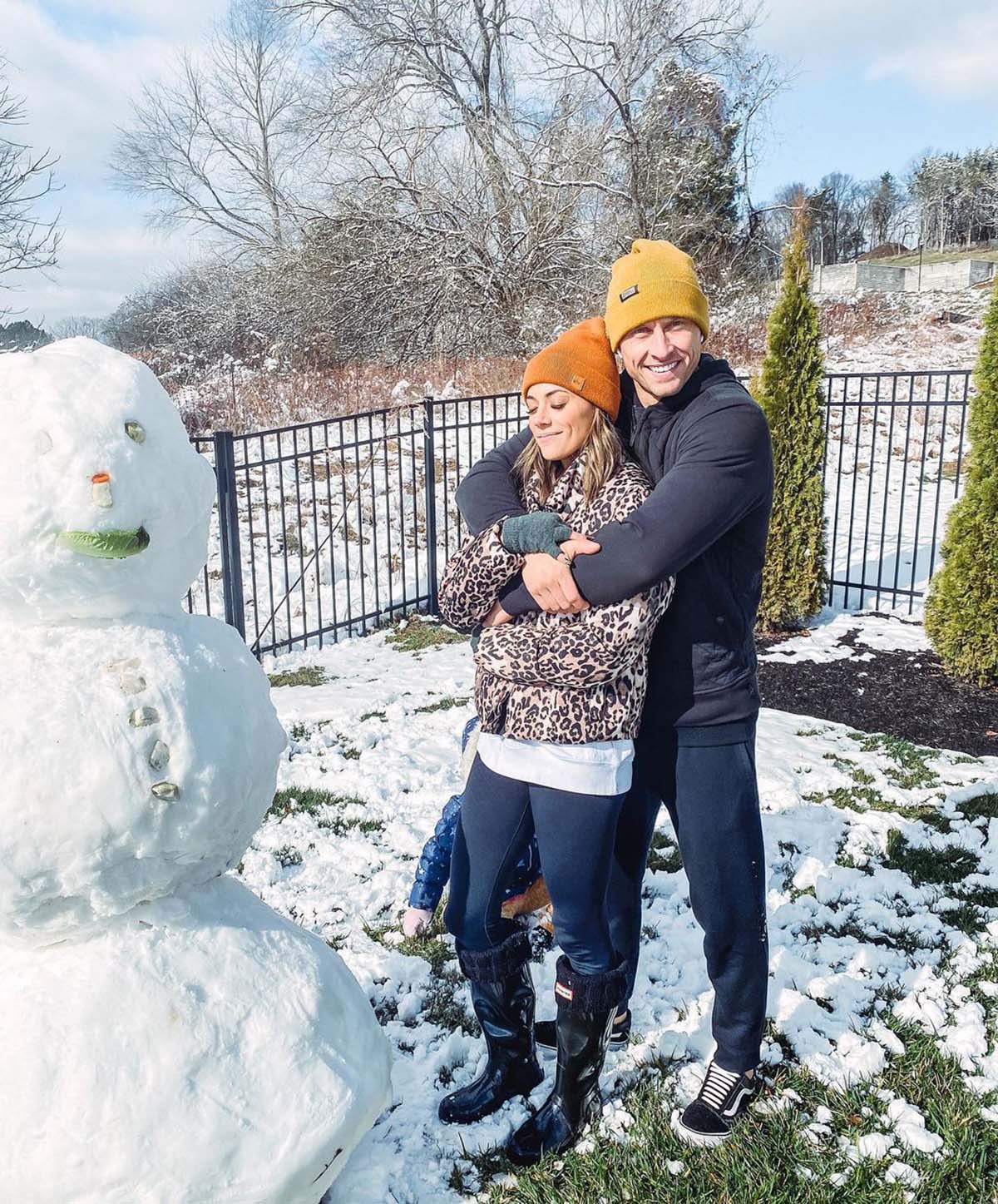 “Sometimes you just have to stop fighting it and listen to your heart,” the 38-year-old actress wrote via Instagram on Tuesday, January 11. “I don’t know what the future holds and honestly who does … Everyday [sic] I continue to heal and I know there is still lots of work to do, but damn it feels really nice to find happiness along the way.”

The Holiday Fix Up actress shared a series of photos with her new man, including snaps of them kissing on a boat and building a snowman.

“To find someone who doesn’t look at your scars as a challenge or problem but rather helps you hold them and stands there to encourage you with love, strength and empathy along the way,” she added, tagging Schinelli, 36. 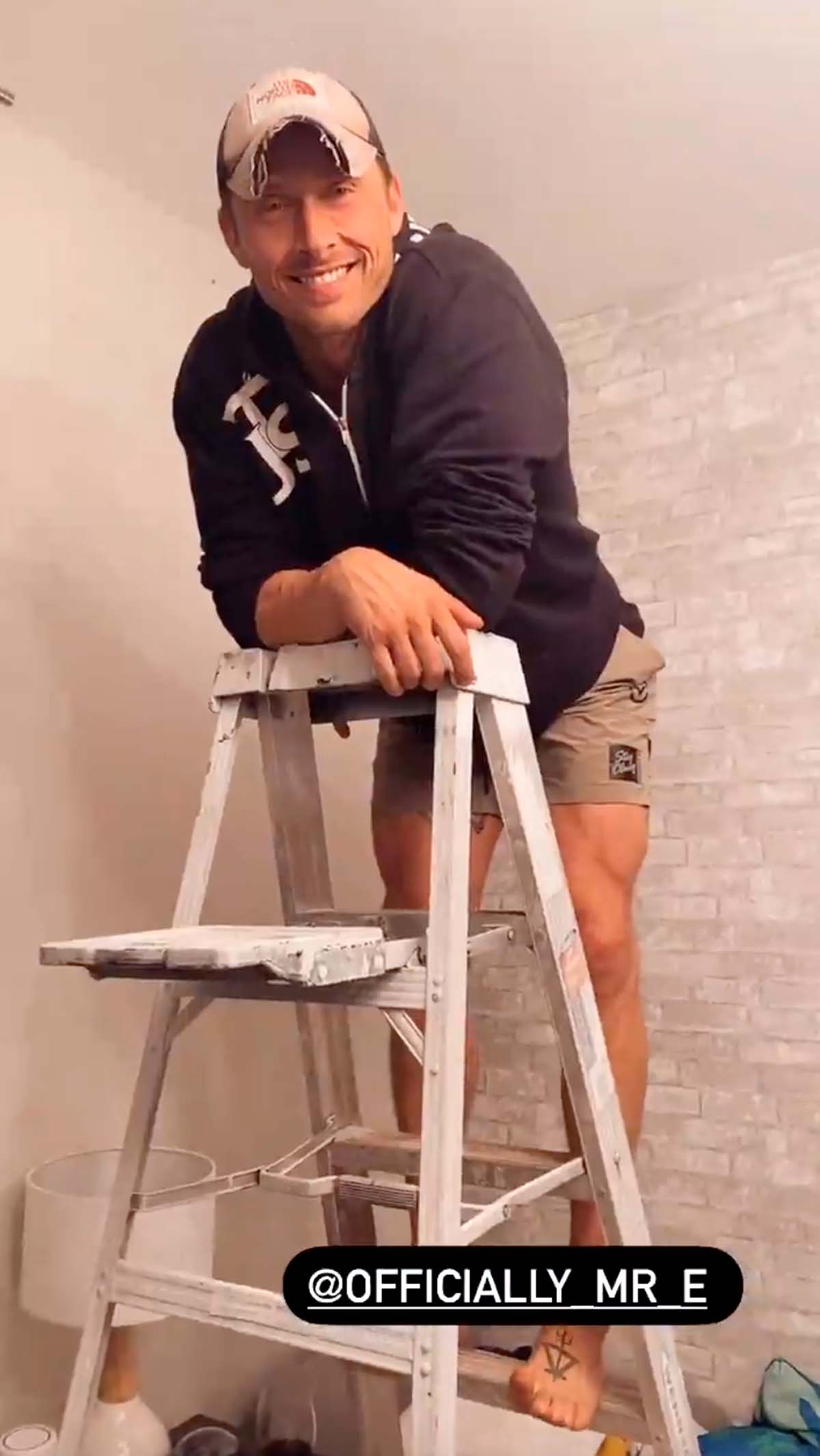 One day prior, Kramer joked, “I found my rental husband” while the fitness trainer did work on her house.

Schinelli shared the same video with his followers on Monday, January 10, writing, “Girl House. Girl Tools,” as he had to use a pink screwdriver.

Hours earlier, the One Tree Hill alum tried to side-step questions about the former Navy SEAL during the Monday episode of her “Whine Down” podcast. Inquiries about her new man came flooding in after Kramer posted a TikTok video with the single dad from her bedroom earlier this month.

Everything Jana Kramer Has Said About Healing Since Mike Caussin Split

“Trying to do a challenge. This is almost 40,” she captioned the goofy attempts at popular challenges, including one where a shirtless Schinelli attempted to lift the “Voices” songstress. The duo also shared a kiss in one of the outtakes.

During her podcast on Monday, however, Kramer appeared to be hesitant about the TikTok clips. “It was cute,” the Christmas in Louisiana actress admitted. “I’m too old to be doing TikTok.”

The “I Got the Boy” singer explained that although she’s posting photos and videos with her beau, she wasn’t ready to go fully public. The duo have, however, been sharing videos and photos on their Instagram Stories during the past few months.

“I’m scared. It’s a scary thing. Dating is scary,” Kramer said on Monday. “It’s a scary world out there.”

The Michigan native didn’t go into too much detail about her love life post-Mike Caussin split, but she revealed that she didn’t cry on New Year’s Eve — which could be in part thanks to Schinelli.

“I made my little goal list. I did personal, work and relationship,” she explained about her holiday celebration. “It was great and then I played ping pong. Had some friends over. It was really, really great. That was a good way to go into the new year.”

Kramer, who split from Caussin, 34, in April 2021 after six years of marriage, sparked relationship speculation with Schinelli in early December 2021. At the time, the pair shared separate photos from a trip to the Florida Keys, which eagle-eye fans noticed had multiple similarities.

Us Weekly exclusively confirmed Schinelli’s identity later that month as the pair continued to be spotted together in Nashville.

The mother of two, who shares daughter Jolie, 5, and son Jace, 3, with the former NFL player, has been hesitant about sharing details about her boyfriend. She told her podcast listeners in December, “I don’t want to be embarrassed again. I was mortified with the stuff that came out with my ex and I.”

8 May 20
With its shoulder pads, big hair, and bigger drama, the original Dynasty brought a new…
Lifestyle
0