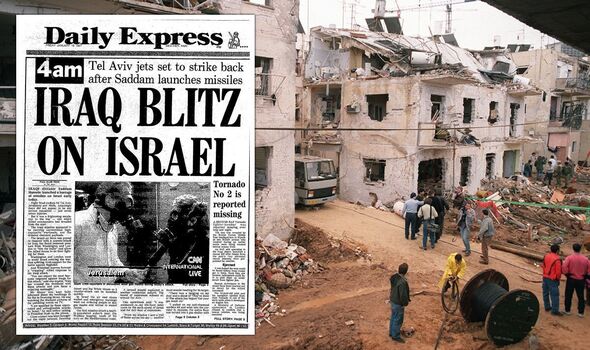 Around 42 missiles struck Tel Aviv and elsewhere from January 17 to February 23 as Iraq tried to provoke the Israelis into retaliating. But they held fire amid US pressure to avoid an escalation of the conflict.

104 years ago (1919) Diplomats attended the opening of the Paris Peace conference at Versailles after the First World War. The victorious powers including the UK, France and the USA redrew the map of Europe and imposed punitive reparations on Germany.

They also founded the League Of Nations in a bid to safeguard against future conflict.

56 years ago (1967) Serial killer Albert DeSalvo was sentenced to life imprisonment after he confessed to being the Boston Strangler, who murdered 13 women between 1962 and 1964.

He later recanted his confession and was murdered by a fellow convict in 1973. 22 May 22
Half a dozen Sweden pics and co-prods are set to storm the Croisette, flagships of…
Lifestyle
0

29 Jul 20
Environmental campaigner, 37, who refuses have to children says those with large families 'haven't considered'…
Lifestyle
0