Nearly two decades after hanging out the roses himself, Jesse Palmer wanted to pave his own way as the host of The Bachelor after taking over for Chris Harrison.

“I didn’t talk to him, but part of that was me wanting to just really sort of do this and figure this out kind of my way, on my own,” the 43-year-old former quarterback exclusively told Us Weekly on Tuesday, January 18.

When asked about the pressure of taking over for Harrison, Palmer told Us that the “biggest pressure I felt was trying to help” season 26 Bachelor Clayton Echard find love. 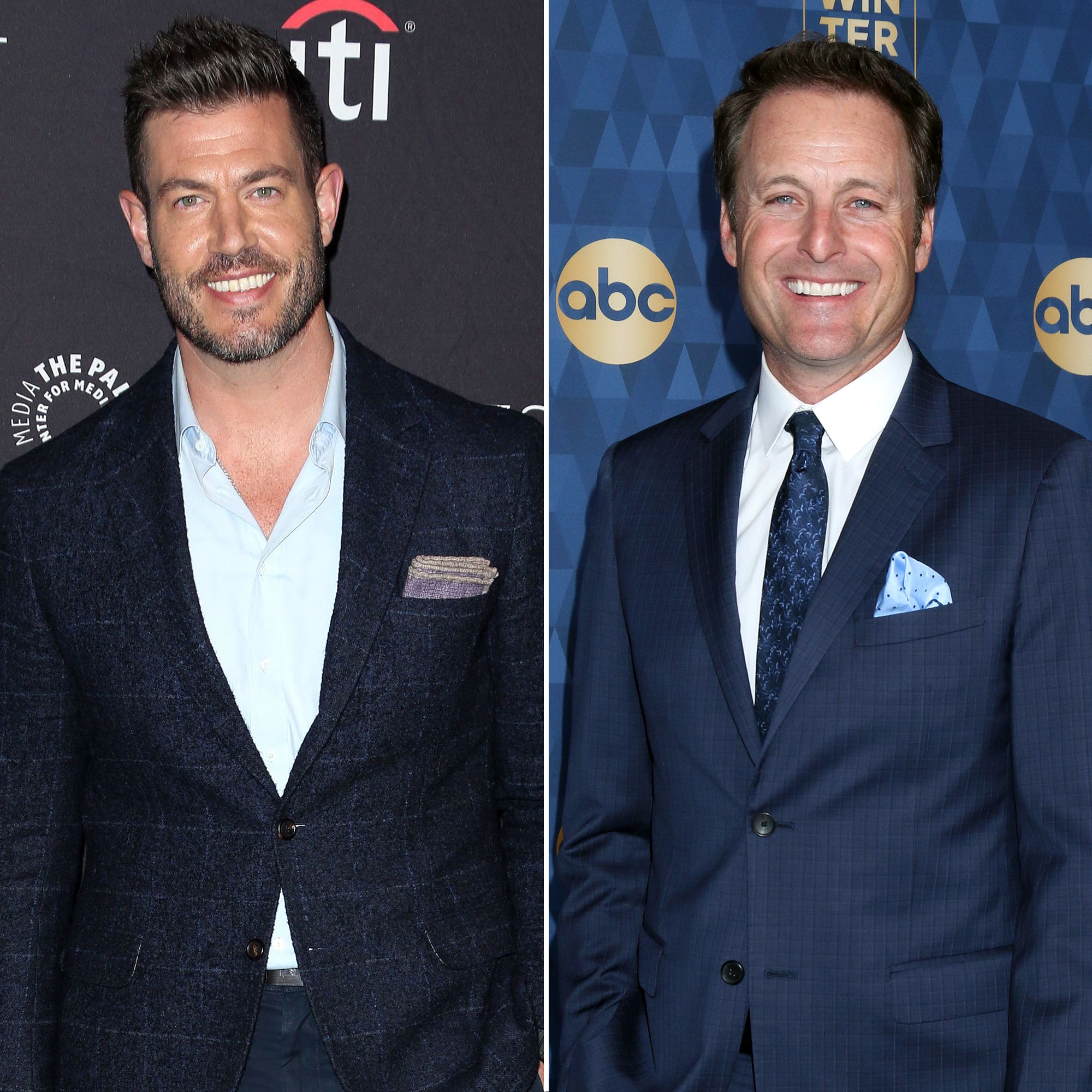 “That’s the host’s big job at the end of all,” he continued. “‘Am I giving him the right advice when he asks for it? Am I giving him enough?’ One thing I really wanted to be careful of, I just didn’t wanna be overbearing. I didn’t want to be like the old Bachelor who always would kind of pop his head in at the wrong time and go, you know, ‘Clayton on my season, I would’ve said this, you screwed that up, young whippersnapper! You need to go ahead and do it this way.’ I didn’t wanna be that guy.”

Bachelor Nation Hosts Through the Years

Palmer was the season 5 Bachelor in 2004. After pivoting into a career of sports broadcasting and hosting, ABC announced he would be helping Clayton, 28, look for The One after Harrison, 50, reached an exit settlement with the network. (The Perfect Letter author came under fire in February 2021 after his apparent defense of Matt James’ season 25 winner Rachael Kirkconnell’s past actions at an Old South-themed college party.)

“I said to [Clayton] right from the beginning, ‘Hey man, if you ask for advice, I’ll totally be there to give it to you, but this is not about me,’” Palmer told Us. “My journey is different from your journey, different from every other Bachelor that’s ever done this before, and this is unique to you and he’s gonna figure it out. And so the biggest pressure for me was just being there in the most truthful, sincere and best way to help Clayton get what he is looking for.” 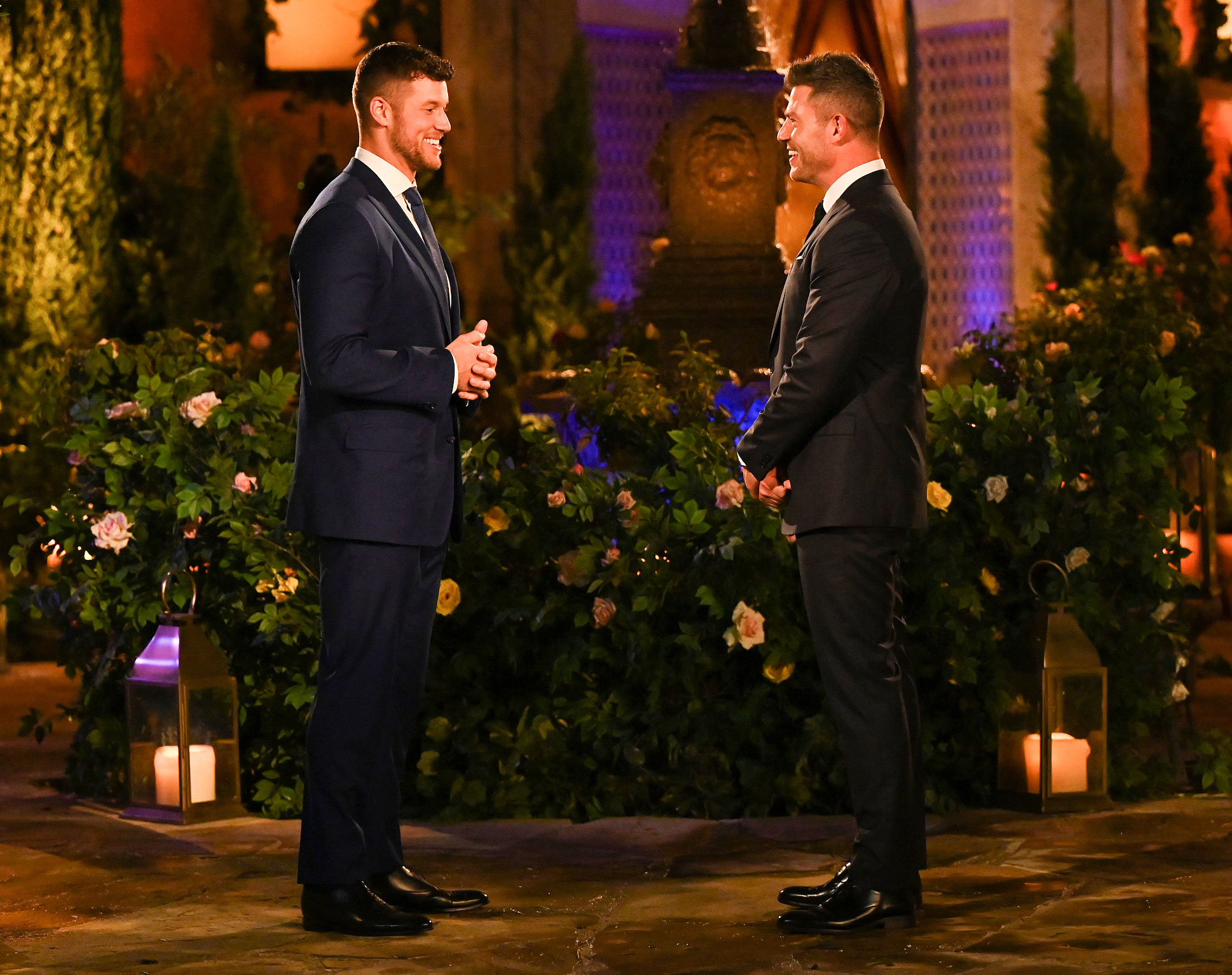 Palmer added that he “really wanted” to be “authentic” as the host.

“I tried to go into it with an open mind and really just see myself as essentially a servant to Clayton. I mean, this is really about him,” he told Us. “I put a lot of pressure on myself to try to help him get what he’s looking for at the end of all this. I’ve been a big fan of the show ever since I’ve done it, so I’ve watched it a ton. You can always kind of lean back on things you’ve seen or different experiences that you’ve had as a viewer, but ultimately when you finally get there and you’re standing there, it was just me trying to be authentic and trying to be organic and help Clayton out the best I could.”

When asked about hosting the franchise’s other shows, including The Bachelorette, which Kaitlyn Bristowe and Tayshia Adams took over for seasons 17 and 18, or Bachelor in Paradise, which Wells Adams helped run with a series of celebrity guest hosts, Palmer played coy.

“I have my hands full just trying to help Clayton,” he told Us. “But again, as I’ve said, as a member of Bachelor Nation as a huge fan, I would absolutely be open to having those conversations moving forward. But right now, I’ve got this 6-foot football player guy looking for love. He’s overwhelmed at times. He’s so excited. I’m just trying to keep my focus on him.”

26 Feb 20
Just as Netflix’s 'Next In Fashion' ends, it looks like 'Project Runway' has another show…
Lifestyle
0 11 Feb 21
'I do everything you do, but I do it with one hand': Working mother-of-two rewrites…
Lifestyle
0