Jimmy Kimmel apologized to Quinta Brunson after his joke during her acceptance speech at the 2022 Emmy Awards received backlash.

Kimmel was in the middle of his monologue on Wednesday’s episode of “Jimmy Kimmel Live!” when Brunson interrupted him and walked on set holding her trophy.

“You know, you’re a little bit early for your interview. It’s after the commercial,” the late-night host joked to his guest.

Brunson replied, “I know, but I have a little favor to ask, actually. So, you know how [when] you win an Emmy, you only have 45 seconds to do an acceptance speech, which is not that much time? And then you get less time because someone does a dumb comedy bit that goes on a bit too long?”

The “Abbott Elementary” creator, 32, then told Kimmel, 54, she would like to use the time on his show to finish her acceptance speech that he interrupted at Monday’s ceremony and proceeded to name those she was not able to thank. 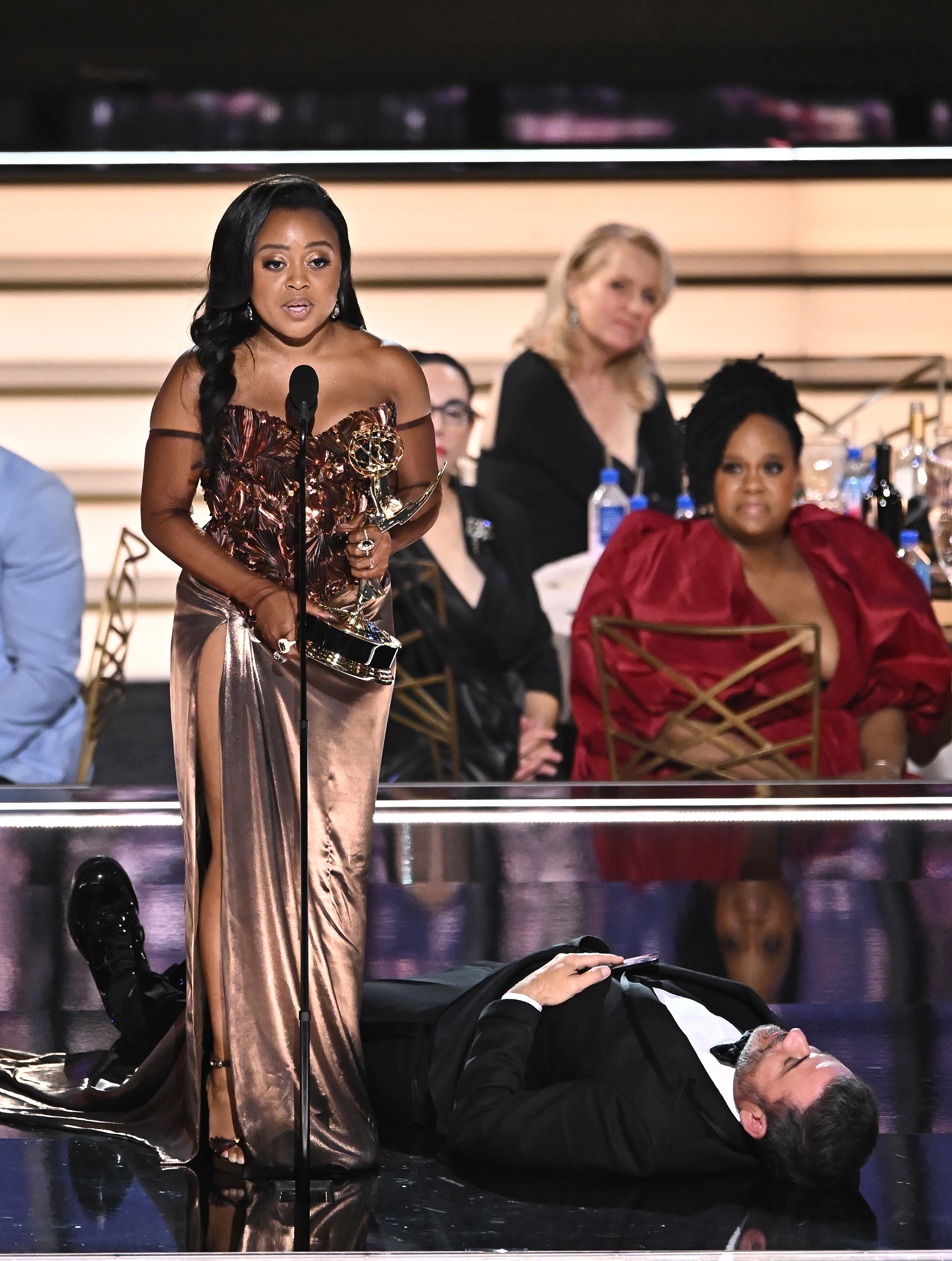 The comedians later sat down for a one-on-one interview in which Kimmel directly apologized to Brunson for stealing the spotlight during her big moment.

“I do want to explain this for those who may be confused by this: That was a dumb comedy bit that we thought would be funny,” he said. “I lost, and then I drank too much, and I had to be dragged out on the stage, and then people got upset.

“They said that I stole your moment — and maybe I did. I’m very sorry if I did do that. I’m sorry I did do that, actually. And also, the last thing I would ever want to do is upset you because I think so much of you, and I think you know that. I hope you know that.” 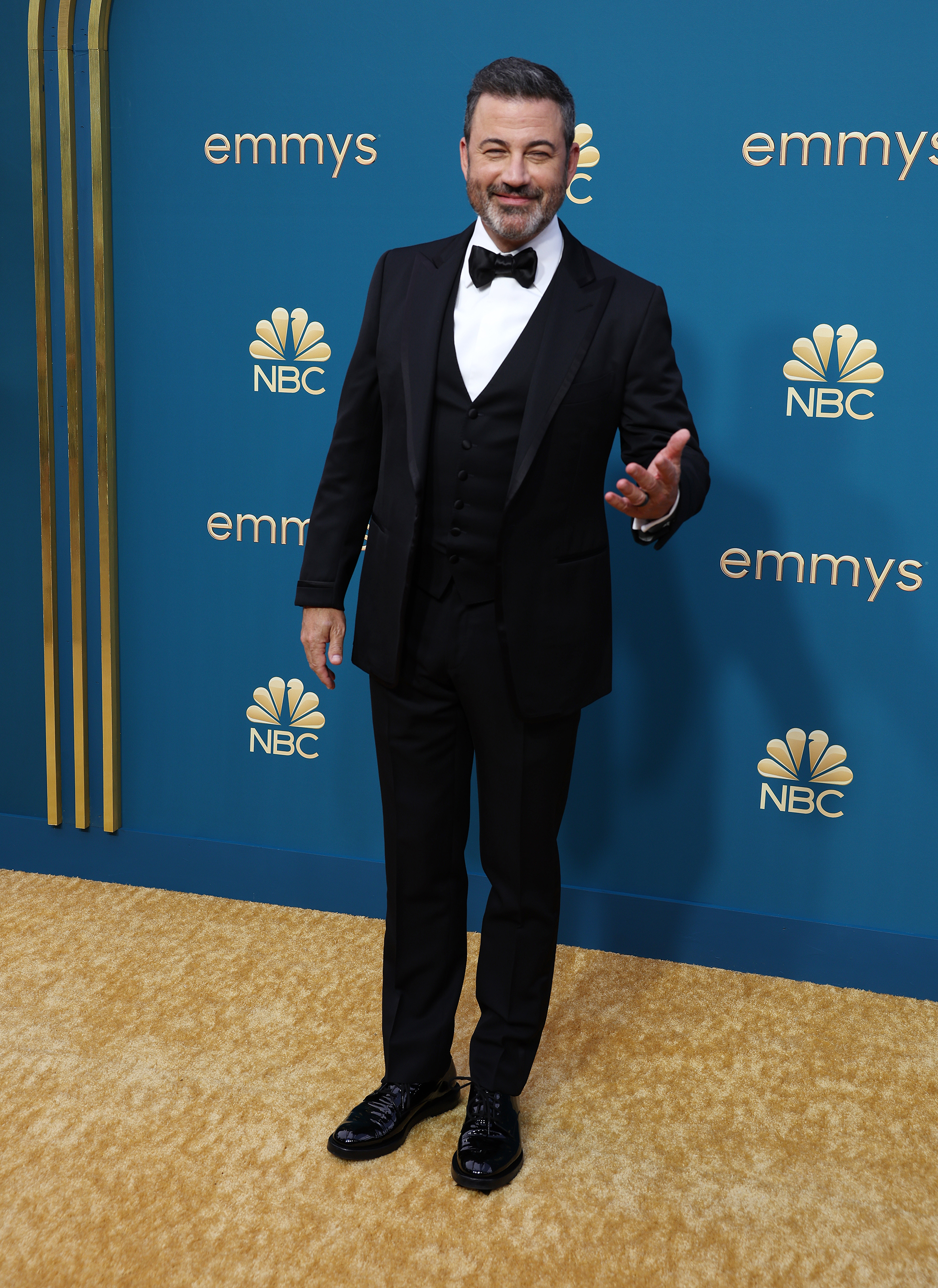 Brunson thanked Kimmel for his apology and told him that he did not take away from her feeling of excitement at all at the time.

“I was honestly in such a moment of having a good time. Like, I won my first Emmy! I was up there happy, and I was wrapped up in the moment,” she said. 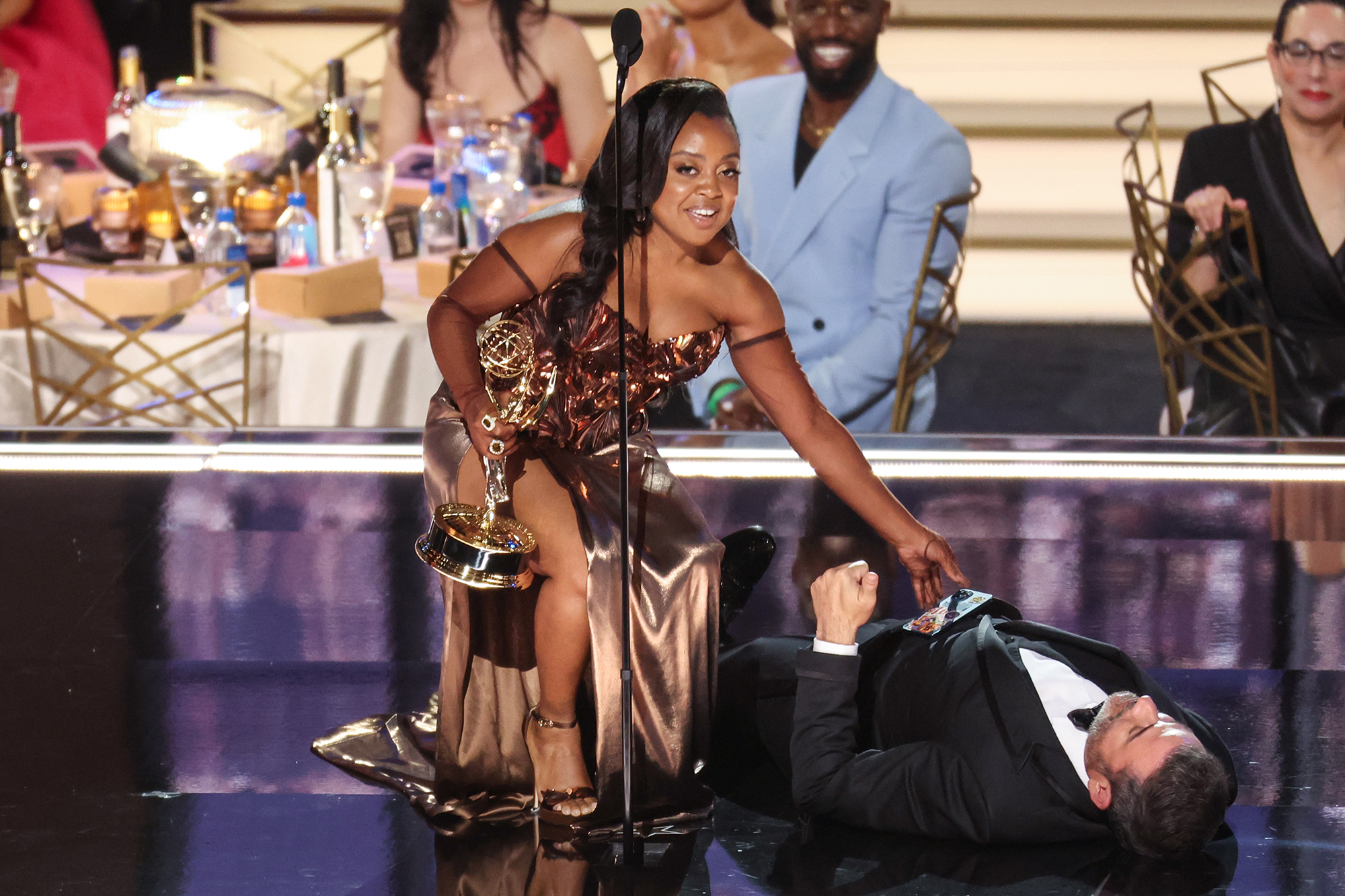 Viewers were left angered when Kimmel decided to lay down on the stage as Brunson accepted the Primetime Emmy Award for Outstanding Writing for a Comedy Series for “Abbott Elementary.”

Brunson even tried to get Kimmel off the floor, telling him, “Jimmy, wake up, I won” before proceeding with her speech. 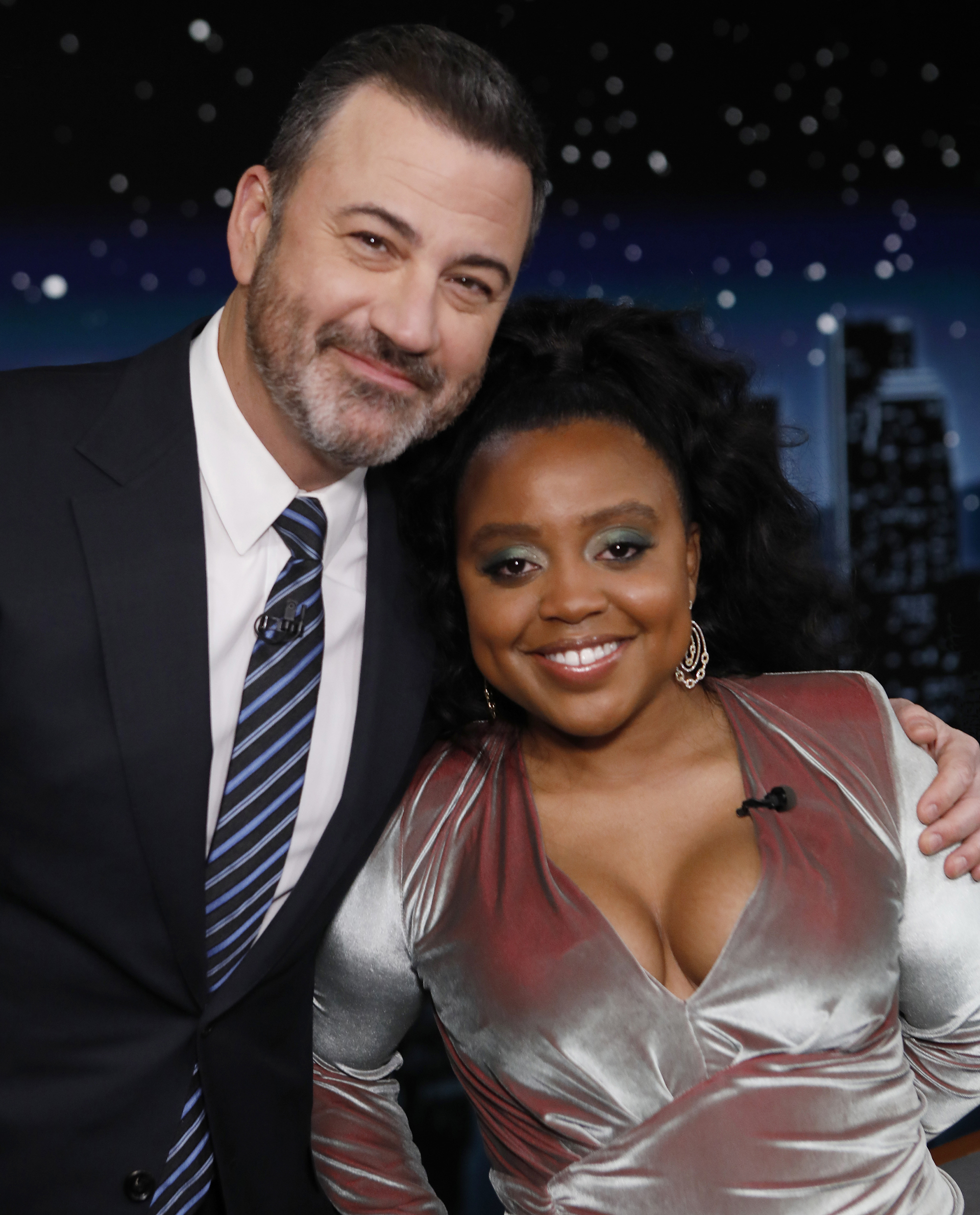 Internet users slammed Kimmel for being inconsiderate and taking away Brunson’s moment, but she addressed his actions during a press conference after the awards show, joking, “Tomorrow maybe I’ll be mad at him. I’m going to be on his show on Wednesday, so I might punch him in the face. I don’t know what happens.”

She added that the TV host is “one of the comedy godfathers” and that she was happy he presented her with the award.

“Jimmy gave me my first big late-night spot and was one of the first people to see ‘Abbott,’” she shared, adding, “He Instagram-messaged me that he saw this comedy and thought it was one of the greatest comedies of all time.”