Rahm birdied his final two holes to shoot a 4-under 67 and win the U.S. Open by a shot over Luis Oosthuizen.

Trailing Oosthuizen by a shot when he stepped to the 17th tee, Rahm tied for the lead with a 24-foot birdie putt on the par-4. He hit his second shot on the par-5 18th hole into a bunker right of the green and blasted it out to 18 feet.

Rahm curled the putt into the hole and pumped his fist as the crowd roared. He becomes a major champion for the first time on his first Father’s Day since his son Kepa was born before the Masters. 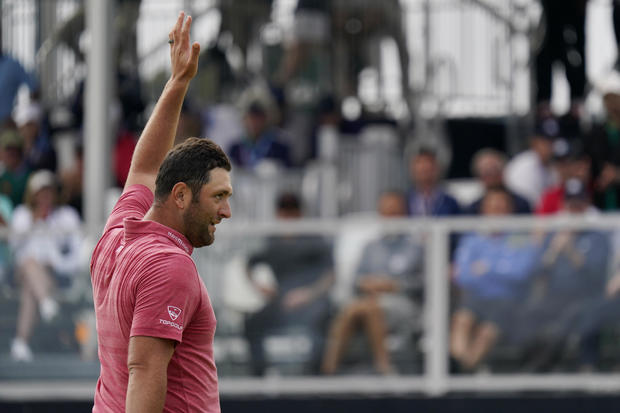 The victory comes three weeks after Rahm tested positive for COVID-19 and had to pull out of the Memorial with a six-shot lead.

Oosthuizen still had a chance after Rahm’s closing birdie, but bogeyed No. 17 after pulling his tee shot left into the canyon. He birdied No. 18 to shoot a 70 and finish at 5 under.

This is a breaking story. It will be updated.

Hello, the year is 2021 and we're still not done talking about what an artistic genius North West is. In... Not laughing. Selena Gomez reacted to The Good Fight poking fun at her kidney transplant after the show received backlash...