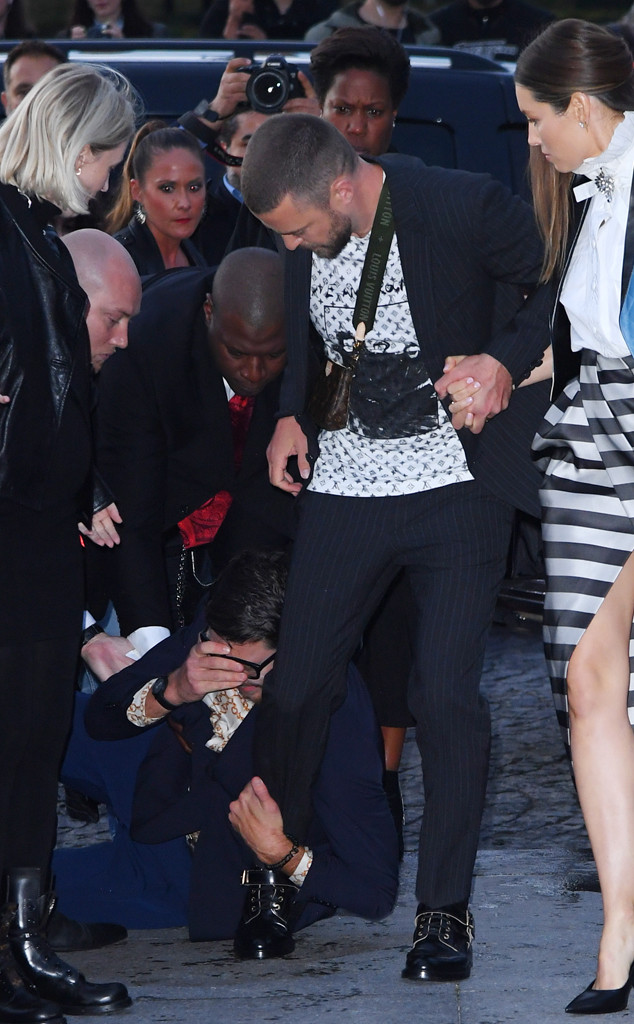 Justin Timberlake was the latest target of the celebrity prankster’s antics at Louis Vuitton’s Paris Fashion Week show on Tuesday.

Timberlake was walking into the show’s venue with wife Jessica Biel when Sediuk tried to tackle the singer, grabbing hold of his right ankle. Luckily, the only person who ended up on the ground was Sediuk, who attempted to cover his face while still holding on to Timberlake’s ankle. Timberlake and Biel both looked down at the situation with concerned and confused looks on their faces as security pulled Sediuk off of Timberlake, but the singer appeared to be unharmed.

Seduik is notorious for crashing red carpets and other star-studded events. He usually pulls his pranks during Paris Fashion Week (which had a new prankster emerge earlier today), although there have been some exceptions, like the time he planted his face in Bradley Cooper‘s crotch on the Screen Actors Guild Awards red carpet in L.A. in 2014.

The list of celebrities Sediuk has managed to ambush is lengthy. He tried to kiss Will Smith on the mouth at the Men In Black III premiere in 2012. He gave Ciara a pants-less hug outside Balmain’s Paris Fashion Week show in 2014. He’s ambushed poor Kim Kardashian three times—two of the pranks happening in one week in 2014, the third in 2016. 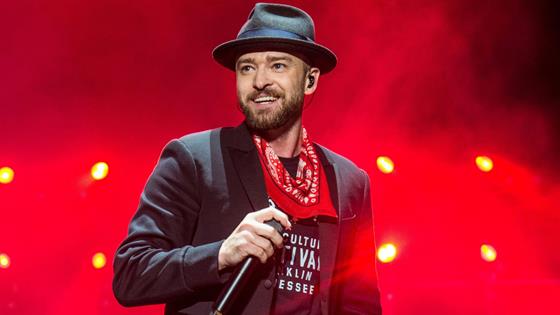 He even managed to get on stage at the 2013 Grammys while Pitbull and Jennifer Lopez were trying to hand Adele an award. This guy is red carpet public enemy number one.

Despite the small obstacle that Seduik posed for J.T., the singer was pretty zen about the whole situation. It must be all those hours he’s been putting in at the golf course!

Over the past few weeks, the artist has been golfing pretty much nonstop. Ahead of his appearance at the Louis Vuitton show, Justin shared a pic of himself and Bill Murrayat a golf course in Scotland, where he used a club from the 1800s.