Blue blood Edward Dawson-Damer, a family friend to King Charles III and the son of the seventh Earl of Portalington George Dawson-Damer, has joined the throngs of eastern suburbs families moving to the north shore, buying the historic Dalkeith mansion in Cremorne.

Dawson-Damer, who was equerry for the late Queen Mother in the early 1990s, and his wife Joanne Grant paid $9.325 million for the residence, built in 1908 for English wool merchant and Freemasons grand master Frank Whiddon, as an upgrade from their Vaucluse home they sold last year for $6.45 million. 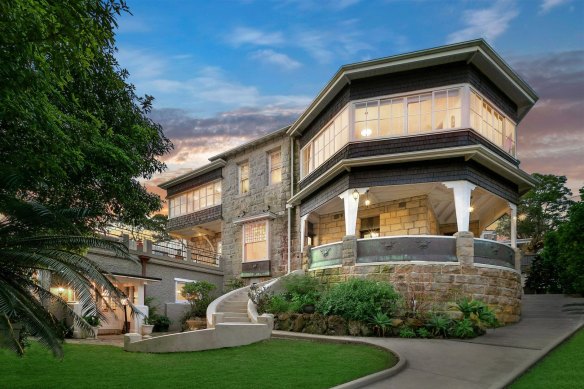 DiJones’ Piers van Hamburg sold the property on behalf of insolvency guru Vaughan Strawbridge and his partner Kylie Maddern, almost doubling the $4.88 million they paid for it in 2014 from former actor John Ed Molyneux.

The landmark sandstone residence on almost 1500 square metres had scored a major renovation and extension during Strawbridge and Maddern’s ownership by architect Paul O’Keefe.

Still in Mosman, there is good news for the liquidators of the collapsed artificial intelligence company Metigy on the sale of company founder David Fairfull and his wife Deborah’s Mosman home.

Sources say more than $10.5 million exchanged on the Sirius Cove Beach house, which is more than the Fairfulls paid a year ago, almost a year before the company was placed in administration and liquidators moved to claw back more than $20 million in debts.

The sale was expected to test the strength of Mosman’s high-end market. It was listed for $9.75 million to reflect the fall in median house prices since last year but hoped to sell for more given the dearth of other homes on the market.

Settlement will confirm the result given no comment from Ray White Mosman’s Geoff Smith and Richard Harding. 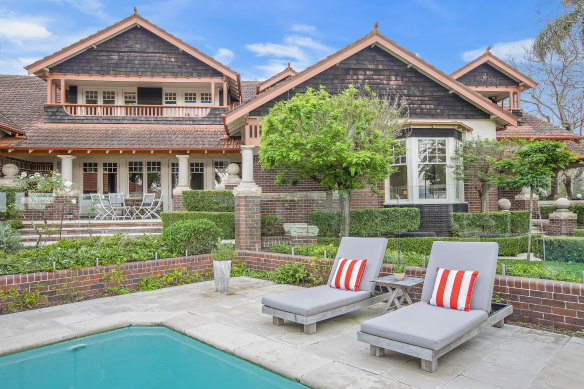 The Northwood home of Wallaby legend and pub tycoon Bill Young sold on Thursday, and well ahead of next month’s scheduled auction.

Ray White’s Chris Wilkins declined to reveal the result, but just a week ago revised the guide to $12.5 million, prompting local speculation it sold for well above that level given the fast turnaround. 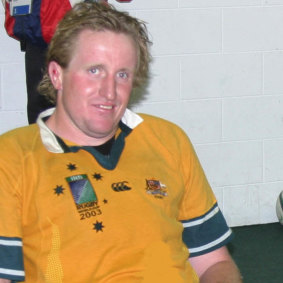 Pub king and former Wallaby Bill Young is moving to the Gold Coast.Credit:

The Federation-style mansion set a suburb high in 2018 when Bill and Anna Young purchased it for $11.2 million from finance industry veteran Hugh Dougherty, but the local record title was handed to lender “Owen” Ouyang Chen last year when he bought the Rossi waterfront estate for $24.1 million, only to see it burnt to the ground in September.

Young listed the Federation-style house, built in 1996 by Brian Huxley, of Huxley Homes, complete with a billiard room, swimming pool, sauna, summer house and tennis court given a mooted move to the Gold Coast.

Just when the Southern Highlands thought it couldn’t possibly squeeze one more Sydneysider into the area, TV production company boss Bernard Curran and Georgie Le Poer Trench have bought in Kangaloon for $10.1 million. 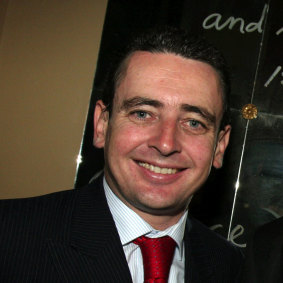 Bernard Curran has swapped Point Piper for Kangaloon, known as the “Point Piper of the Southern Highlands”.Credit:Janie Barrett

The 17-hectare property, Sassafras, was sold by retired merchant banker Julian Beaumont, who bought it in 1997 for $1.1 million soon after he left Macquarie Bank.

Curran, the son of former rich-listers Charles and Eva Curran, has taken to his tree-change some 18 months after he sold his long-held Point Piper waterfront duplex for $28 million.