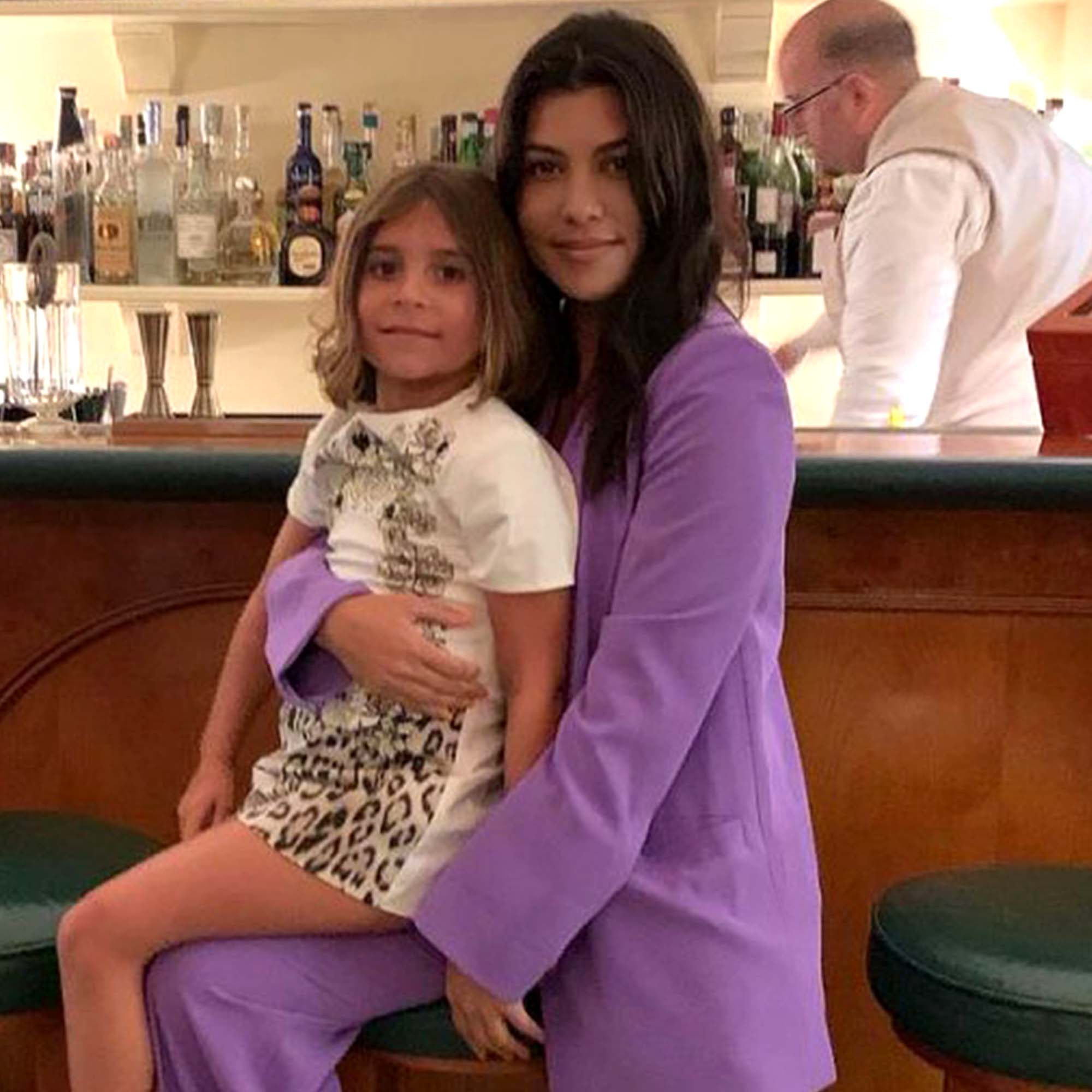 Back in action! Kourtney Kardashian’s 9-year-old daughter, Penelope, had her TikTok account reinstated on Tuesday, November 23, after it was temporarily disabled.

While the account was initially disabled for violating “multiple” guidelines, it now states in the bio that it is “managed by an adult.” The rest reads, “Can we get to 61.k please Thank you guys so so mic [sic].”

The little one doesn’t show her full face in any of her edited videos, all posted this month, but Penelope has given glimpses of the personalized drum set Travis Barker gave her in July and the acrylic nails she sported during their family’s trip to Cabo.

“Mason started some secret accounts during quarantine,” the Poosh creator, 42, told Vogue Paris in May. “Those were quickly shut down. What kids share today, it’s there forever.”

In the preteen’s Instagram Live debut in March 2020, he reacted to rumors that Kylie Jenner and Travis Scott were “together” following their split.

“He started an Instagram, like, yesterday and didn’t ask us,” Kardashian told her followers at the time, noting that she worried he would receive “mean” comments. “He doesn’t [have a cellphone]. He has an iPad and a computer for his school. … Scott and I just felt like, he’s 10.”

Mason subsequently joined TikTok, saying, “I went viral. I would’ve had 2.7 mil by now if I kept it up.”

Kardashian and Disick, 38, who also share son Reign, 6, have been open about disciplining Mason over the years. In a September 2019 episode of Keeping Up With the Kardashians, the pair discussed problems that he was having at school.

“Mason was playing handball and this guy just got a new ball. Mason asked him if he could play with him and Mason wanted to serve, but the guy wanted to serve. And then Mason said, ‘Do you wanna fight?’” Kardashian said in a confessional at the time. “Mason looked like he was gonna fight him. The principal said Mason acknowledged everything that he did. He’s going in on Monday and he’s writing an apology letter with the principal.”

Disick called the incident “pretty bad” in a phone call, saying, “I mean, it’s a very serious thing to say to somebody. It’s not, like, a little, ‘Oh, you’re a jerk.’ … He’s lucky he didn’t get suspended.”

22 Oct 19
After news of Dennis Quaid's new engagement broke, everyone had an opinion. But the only one that…
Lifestyle
0