Queen’s lady-in-waiting pays her respects: Prince William’s godmother Lady Susan Hussey, 81, joined the Royal Family at the Westminster Hall service – after more than 60 years spent by Her Majesty’s side

The Queen’s long-serving lady-in-waiting was seen paying her respects to Queen Elizabeth II during the lying in state inside Westminster Hall.

Prince William’s godmother Lady Susan Hussey, 81, was seen clad in black and wearing pearls – no doubt as a mark of respect for the late monarch, who was known to love them.

As the Queen’s lady-in-waiting for more than six decades, she served at key moments in the Queen’s life, such as the opening of State Parliaments, and even sat beside her in the car to Price Philip’s funeral. 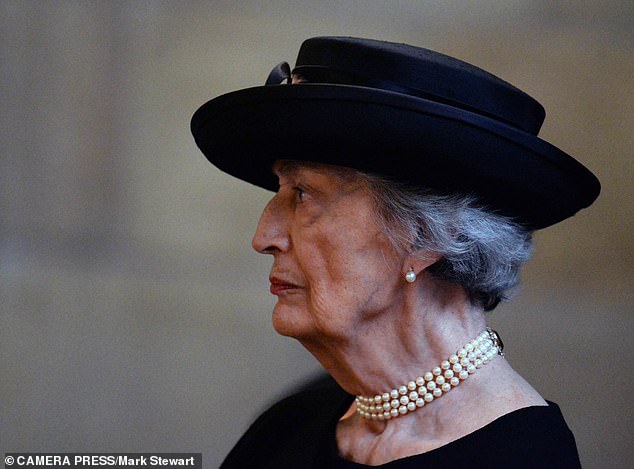 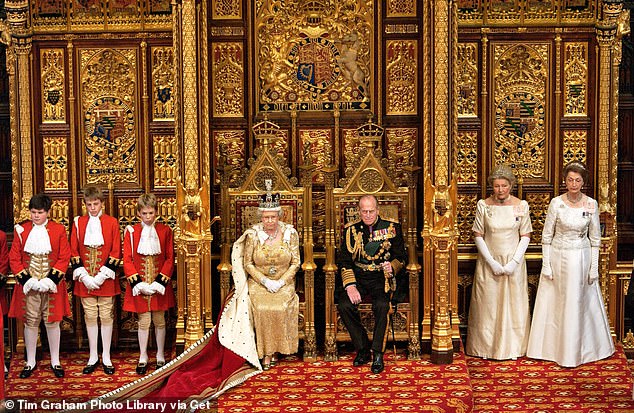 The late Queen and Prince Philip seated on thrones at the State Opening Of Parliament held in the House Of Lords in November 2004. The Queen was accompanied by pages of honour (left) and her ladies-in-waiting Diana Lady Farnham And Lady Susan Hussey (far Right) 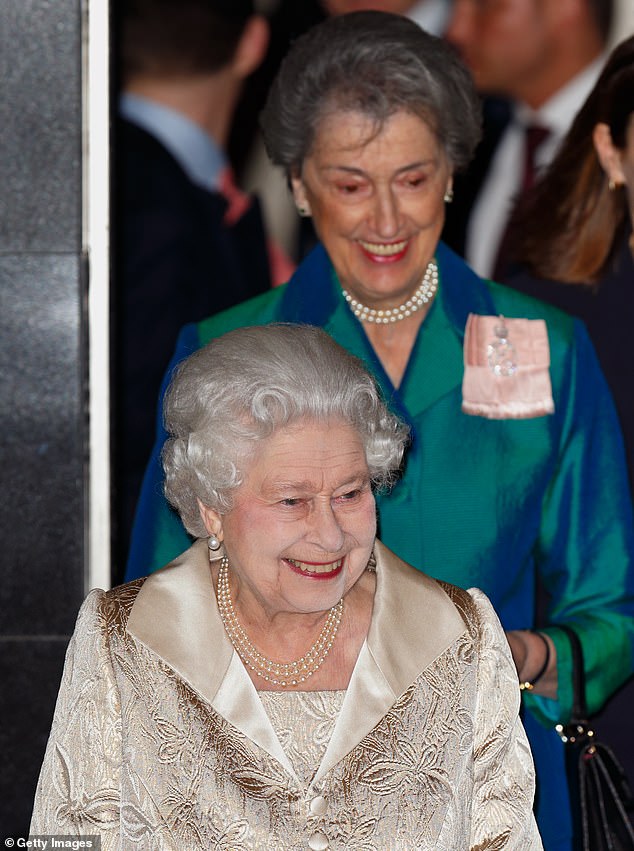 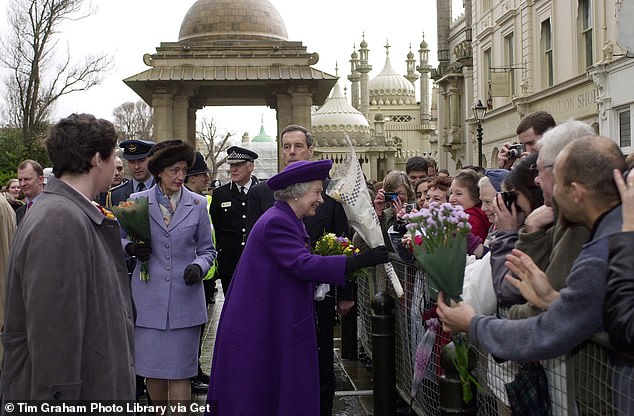 The Queen and her lady-in-waiting, Lady Susan Hussey, being given flowers by members of the crowd during her visit to Brighton, Sussex in March 2001 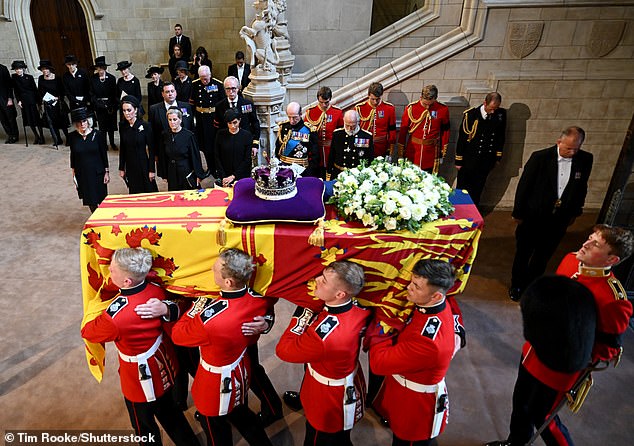 The role of lady in waiting – which is highly prestigious but unpaid – is typically given to an aristocrat women who acts as a personal assistant to the monarch.

Lady Susan was the is the fifth and youngest daughter of Geoffrey Waldegrave, 12th Earl Waldegrave and Mary Hermione, Countess Waldegrave, and was married to the late BBC chairman Marmaduke Hussey.

She took up the role in 1960 to respond to letters following Prince Andrew’s birth.

She has spent the past 60 years accompanying the monarch at official state events, where she rubs shoulders with celebrities, royalty and politicians. 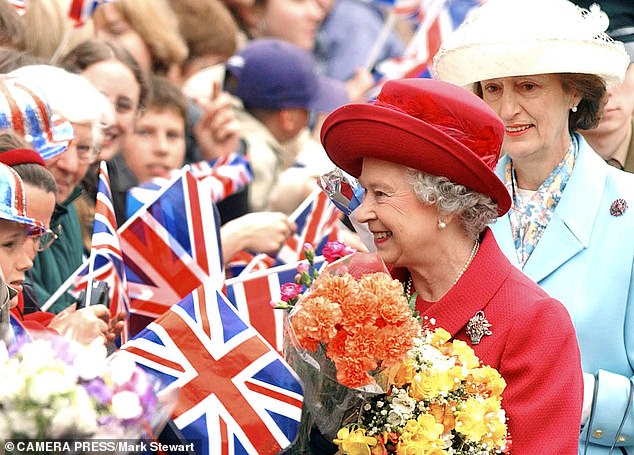 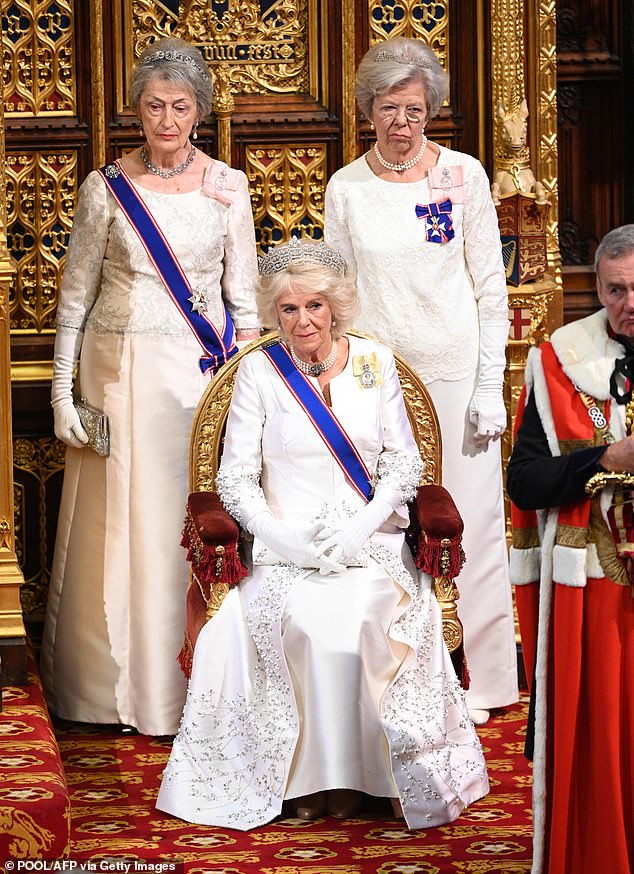 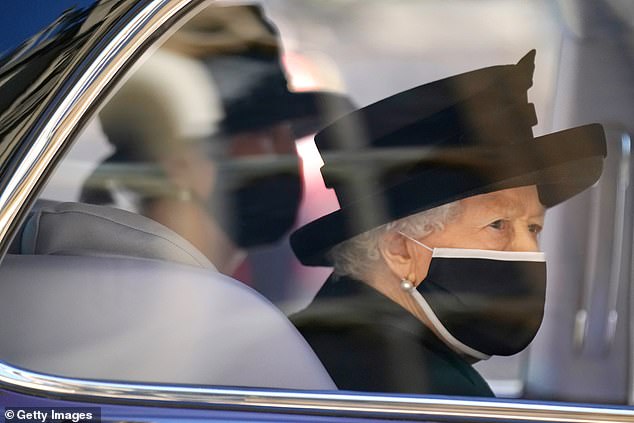 Important role: The Queen arriving at the funeral of her husband, Prince Philip, Duke of Edinburgh at St George’s Chapel at Windsor Castle on April 17, 2021 accompanied by Lady Susan Hussey

And as the Queen’s most senior lady in waiting, she had influence over the royal household.

She – along with the other ladies-in-waiting – also dealt with public and personal correspondence, organised the royal diary, accompanied the monarch on engagements and even sat with the Queen while she watched television.

It is likely she will now retire, and that Camilla, the new Queen consort, will chose her own ladies-in-waiting.

Lady Hussey was among many senior figures to pay their respects to the late monarch during the lying in state service, joining close family members including the King, Prince William and Prince Harry.

While the siblings walked side-by-side for the poignant 38-minute procession from Buckingham Palace, their spouses travelled in separate cars, with Meghan accompanied by the Countess of Wessex and Kate joined by Camilla, the Queen Consort.

The Archbishop of Canterbury then read the opening prayer, which the King led the royals in reciting. The family stood silently for the short service that the late monarch had put together with the Church of England before she died aged 96.

After the congregation was dismissed, cries of ‘God save the King’ could be heard as the King and the Queen Consort left Westminster Hall as Big Ben rang out at 3.30pm. Royal couples left the building side by side, with the Duke and Duchess of Sussex holding hands and the Princess of Wales rubbing her husband’s arm reassuringly.

Mourners are now filing past the coffin to pay their respects to Britain’s longest-reigning monarch, with an estimated 1million people expected to queue for up to 30 hours to see her before the state funeral on Monday.