Australia’s peak foreign aid body has urged the government to give its diplomats and consular staff posted overseas priority access to COVID-19 vaccines, saying it has a responsibility to protect Commonwealth employees putting themselves at risk on the nation’s behalf.

The Australian Council for International Development said any failure to give Department of Foreign Affairs and Trade employees working in some of the countries hardest hit by coronavirus swift access to a vaccine “threatens Australia’s national interest”. 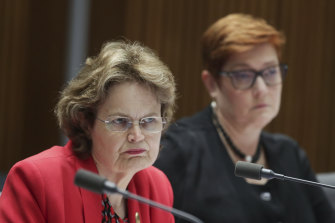 DFAT staff are able to access the vaccine through local rollouts but many programs are plagued by supply problems and delays and some countries are only using vaccines that have not been approved for use in Australia.

This masthead revealed on Thursday some embassies’ pleas to have their staff vaccinated had been rejected.

ACFID chief executive Marc Purcell said Australia’s diplomats and consular staff were working on the frontline to get Australians home from places where COVID-19 was rampant and were “being left exposed”.

“The government has rightfully specified that Commonwealth employees who encounter travellers as part of their work will be at the front of the queue, yet according to reports, Australian diplomats and consular staff posted overseas are being left out. This is unnecessarily stressful for staff and their families – and if left unaddressed – is clearly an irresponsible approach,” he said.

“The government has a responsibility to rectify this situation immediately and protect Commonwealth employees who are putting themselves at risk on behalf of Australia.”

The government on Thursday revealed quarantine and border staff would be among the first recipients of the Pfizer vaccine in Australia.

About half DFAT’s 6000 employees are based overseas at any given time, although 300 returned to Australia at the beginning of the pandemic. At least one-third of the overseas workforce is made up of Australian citizens.

The pandemic and restrictions on how many Australians can fly home have placed huge pressure on overseas posts.

Mr Purcell said essential humanitarian workers should also be given priority access in the vaccine rollout.

“In addition to DFAT staff working at overseas posts, Australian development workers will be assisting in the vaccine rollout in the region, combating vaccine hesitancy and are deployed in humanitarian emergencies, alongside diplomatic and defence personnel,” he said.

Stuart Schaefer, chair of the International Development Contractors Community which represents contractors delivering aid around the world, said the government had a “responsibility to protect our staff wherever they are working”.

“To continue development and humanitarian programs on behalf of the Australian government, our essential frontline workers need to be protected from COVID-19,” he said.

Beth Vincent-Pietsch, the deputy secretary of public sector union the CPSU, said DFAT officials posted overseas would be able to access the vaccine through local rollouts, and where this was not available the department would supply the Australian vaccine to staff in that country.

“We do have serious concerns about the very little information the department is giving overseas-posted employees at this late stage about how and when the vaccine will be made available in countries without a local rollout due to transport logistics,” she said.

A DFAT spokesperson earlier said it was working with the Department of Defence “to ensure all staff and their dependants overseas have access to vaccinations as soon as practicable and before the end of 2021”.

Some Defence personnel are expected to return to Australia over the coming months to receive the jab after being prioritised early in the rollout alongside the elderly and “critical and high-risk workers”.

Get our Coronavirus Update newsletter

Stay across the news you need to know related to the pandemic. Sent Monday and Thursday. Sign up here.