Liz Hurley’s son Damian, 17, divides opinion with his modelling debut as fans go wild for the ‘androgynous’ vibe – but others brand it ‘doll-like’ and ‘creepy’

Elizabeth Hurley’s son Damian has divided opinion with his modelling debut as critics brand the shots ‘creepy’ and ‘doll-like’ – but others have declared their love for the ‘androgynous’ vibe.

Showing off a picture-perfect pout while posing with voluptuous locks and glowing highlighter, Damian seemed to have inherited his mother’s cool confidence in front of the camera.

Yet his likeness to his British actress mother, 54, has made some social media users ‘uncomfortable’ – with critics dubbing the snaps (taken by fashion photographer Steven Meisel) as ‘doll-like’ and ‘creepy’. 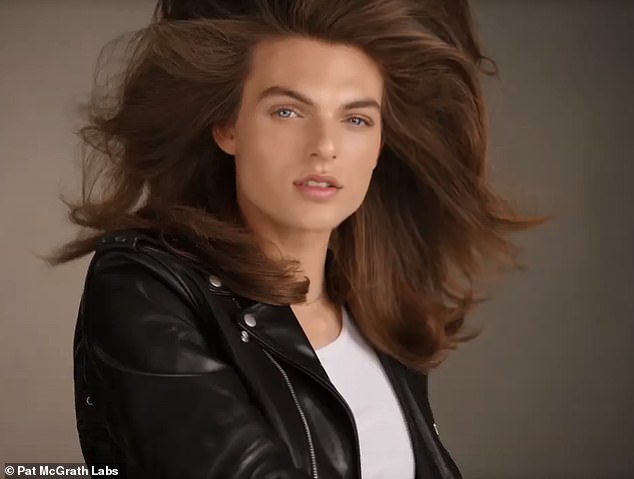 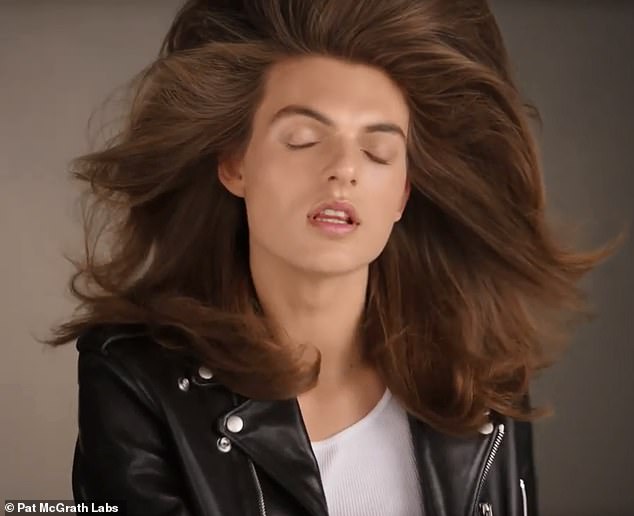 Work it! In the video, Damian is seen turning for the camera while showing off some glowing highlighter and an incredible bouffant hairstyle 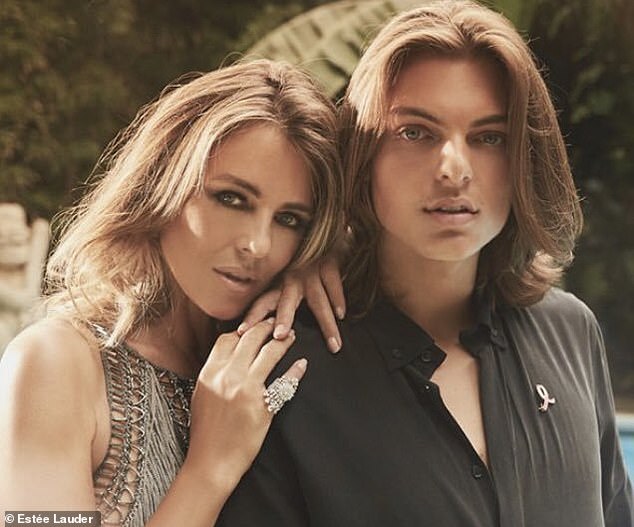 Strike a pose: Although the Pat McGrath Labs campaign is Damian’s first official shoot, he is no stranger to posing for the camera with his glamorous mother

Taking to Mumsnet, one parent asked if she was ‘being unreasonable to feel uncomfortable regarding the pictures of Liz Hurley’s son’.

‘They really are astonishing pictures, part of an ad campaign,’ she explained. ‘He looks just like his mother. I’m not keen.’

The question received split reviews, with some agreeing, but others suggesting ‘there wasn’t anything wrong with them’.

One internet user wrote: ‘They freaked me out a bit but I can’t put my finger on why. There’s something uncanny valley about him. Like someone said, more like a doll than a man’

Another said: ‘For me it is weird because he looks polished like a china doll and china dolls freak me out. Particularly the GIF doing the rounds where he pouts and opens his eyes.’

Split opinion: Taking to Mumsnet, one parent asked if she was ‘being unreasonable to feel uncomfortable regarding the pictures of Liz Hurley’s son’

Reaction: The question posed on Mumsnet received split reviews, with some agreeing, adding that the teenager looked like a ‘doll’

‘Yes, they are a bit off’, a third added. ‘I showed my husband them and asked who he thought it was, he said Liz Hurley. He is the spitting image of his mother.’

‘He’s been made to look like his mother – I do find it a little weird,’ another parent commented.

However, many people commenting on the thread insisted there was nothing to feel uncomfortable about and praised the images.

One said: ‘He is a very beautiful young man and will do well in the modelling world. I don’t find the photos uncomfortable, he’s rocking the androgynous look and looks good.’

‘He’s modelling for goodness sake’: Many people commenting on the thread insisted there was nothing to feel uncomfortable about and praised the images

‘Reminds me of the “looks even better on a girl” make-up campaigns from the 80s. I think he looks perfectly lovely – they’re supposed to be tongue-in-cheek and silly aren’t they?’ another added.

A third summed up their feelings with: ‘Bloke with big hair and make-up – shocker.’

‘I genuinely can’t see why they would make you uncomfortable!’ one individual added. ‘Unless you just find androgyny weird generally? He’s a very striking looking kid – although I don’t think he looks just like his mother.’ 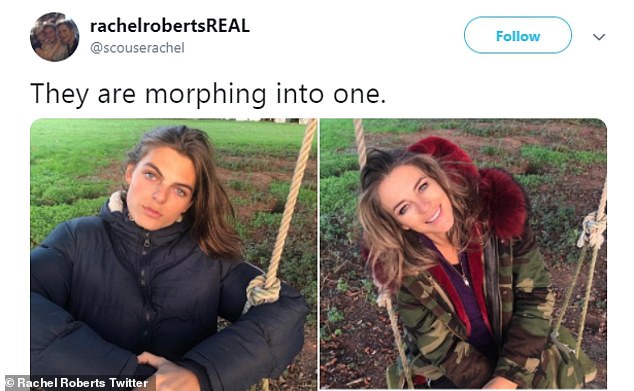 Twins! Many people have pointed out the remarkable similarities between the mother and son, with social media going wild over their resemblance in these two photos posted back in November 2018 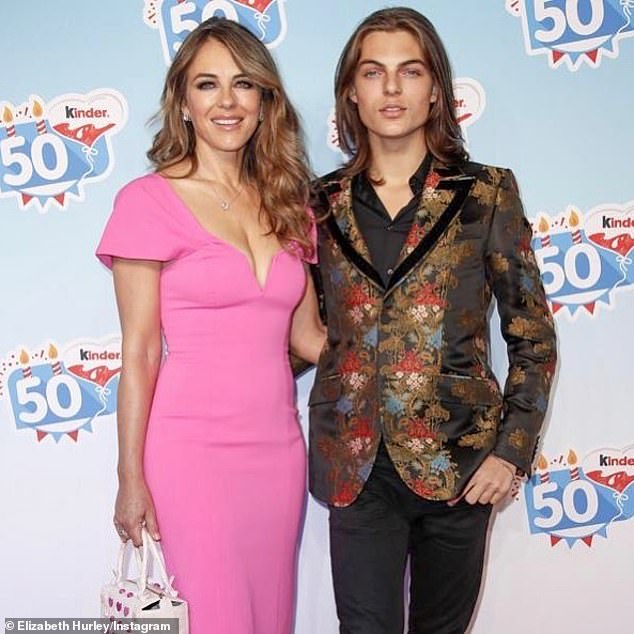 Bond: The pair are known to be incredibly close, and Liz often shares images of her son on her Instagram account 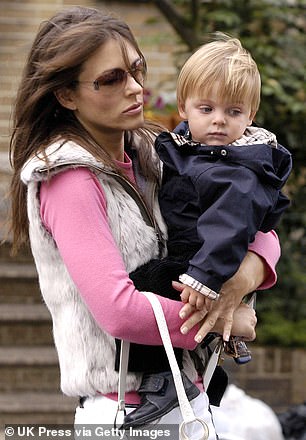 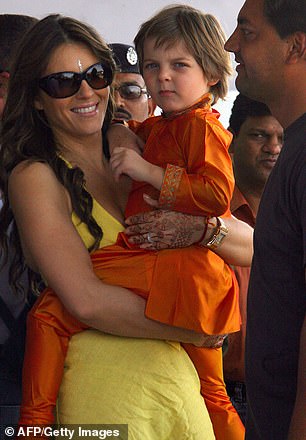 How quickly they grow! Damian’s father is American businessman Steve Bing, who originally denied paternity of the young boy

Another questioned: ‘Because the ridiculousness of the pouting, eyelash-fluttering expressions we’re used to seeing on women is highlighted when they’re performed by men?’

Liz and her son Damian, whose father is American businessman Steve Bing, are both signed with London-based modelling agency TESS Management, which also looks after Suki Waterhouse and Georgia May Jagger.

The mother-son pair are known to be incredibly close, and their striking resemblance has been wowing fans for years.

In November 2018, social media went wild over the remarkable similarities between the two after they both shared similar photos of themselves during a getaway in Hertfordshire.

In the images, both mother and son were sitting separately on a swing, with their faces angled up towards the camera to show off the same piercing blue eyes, full pout and long brunette locks.

12 Oct 22
By Garry Maddox Angela Lansbury stars in Murder, She Wrote. From Hollywood to Broadway to…
Lifestyle
0