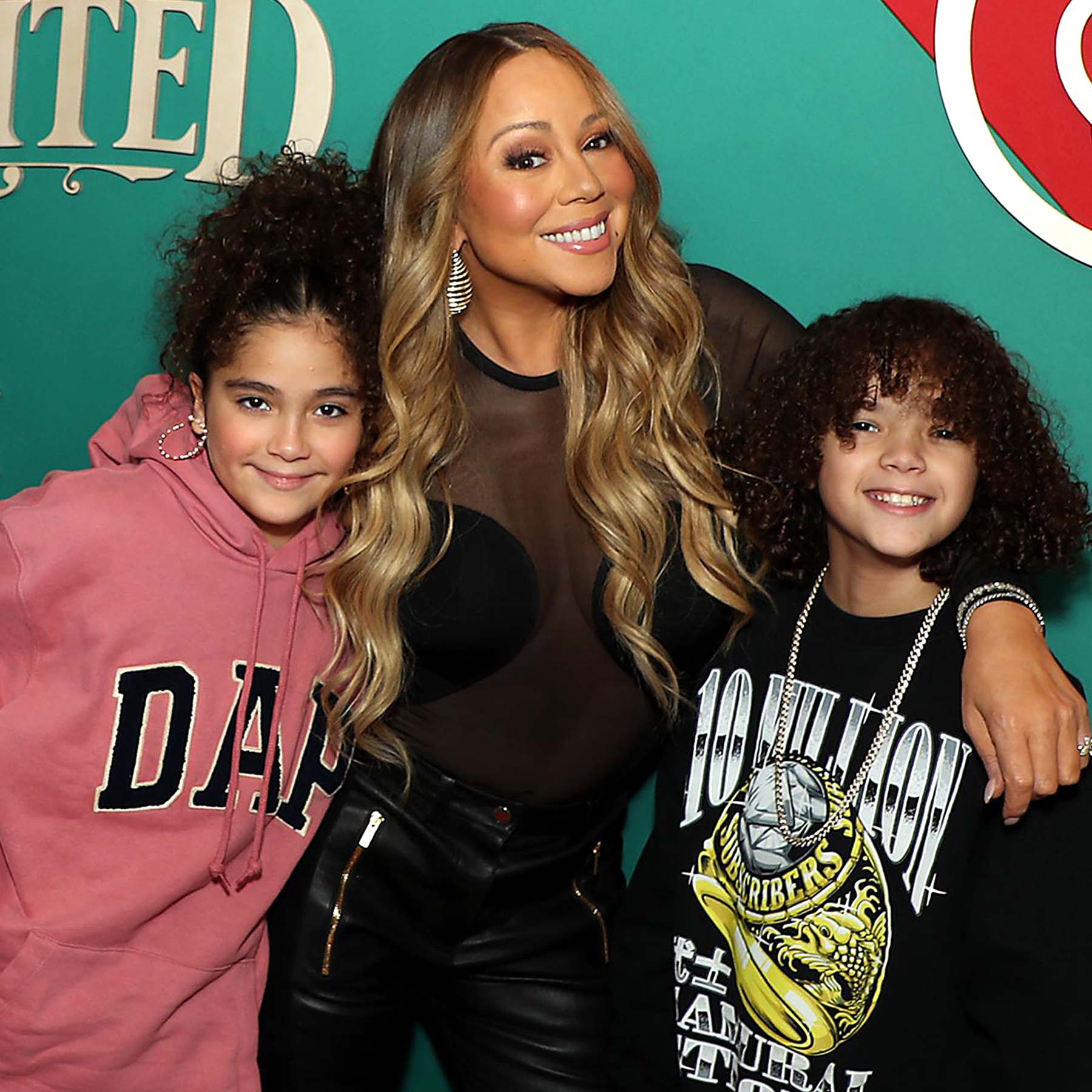 A family affair! Mariah Carey lived out her holiday dreams by performing in the finale of the 2022 Macy’s Thanksgiving Day Parade — and 11-year-old twins Moroccan and Monroe were there to join her.

“Happy Thanksgiving!!!🍁,” Carey, 52, wrote via Instagram on Thursday, November 24, alongside images from the event. “Grateful and so proud of my beautiful kids Roc and Roe, grateful for the lambily and for the precious moments in life. ❤️❤️❤️ Now it’s reaaaallly time!!! 🎄🎅🏼.”

The singer closed out Thursday’s parade with her iconic holiday hit “All I want for Christmas Is You” as her two little ones popped out of presents to dance behind her.

The “Fantasy” songstress was dressed for the occasion in a red tulle gown with silver jewel accessories and a sparkling tiara. Monroe, meanwhile, donned an all-white look that included a tutu and tiara like her mom, while Moroccan, for his part, rocked a red sweatshirt and black pants. The 11-year-old accessorized with a gold chain around his neck.

Carey shares her twins with Nick Cannon, who recently welcomed his 11th child, daughter Beautiful, with Abby De La Rosa and is expecting baby No. 12 with Alyssa Scott.

The Drumline star, 42, also shares twins Zion and Zillion, 17 months, with La Rosa, 32, sons Golden, 6, and Rise, 2 months, and daughter Powerful Queen, 23 months, with Brittany Bell, as well as daughter Onyx, 2 months, with Lanisha Cole and son Legendary, 4 months, with Bre Tiesi. (Cannon and Scott’s son Zen, who was born in June 2021, passed away from brain cancer he was 5 months old.) 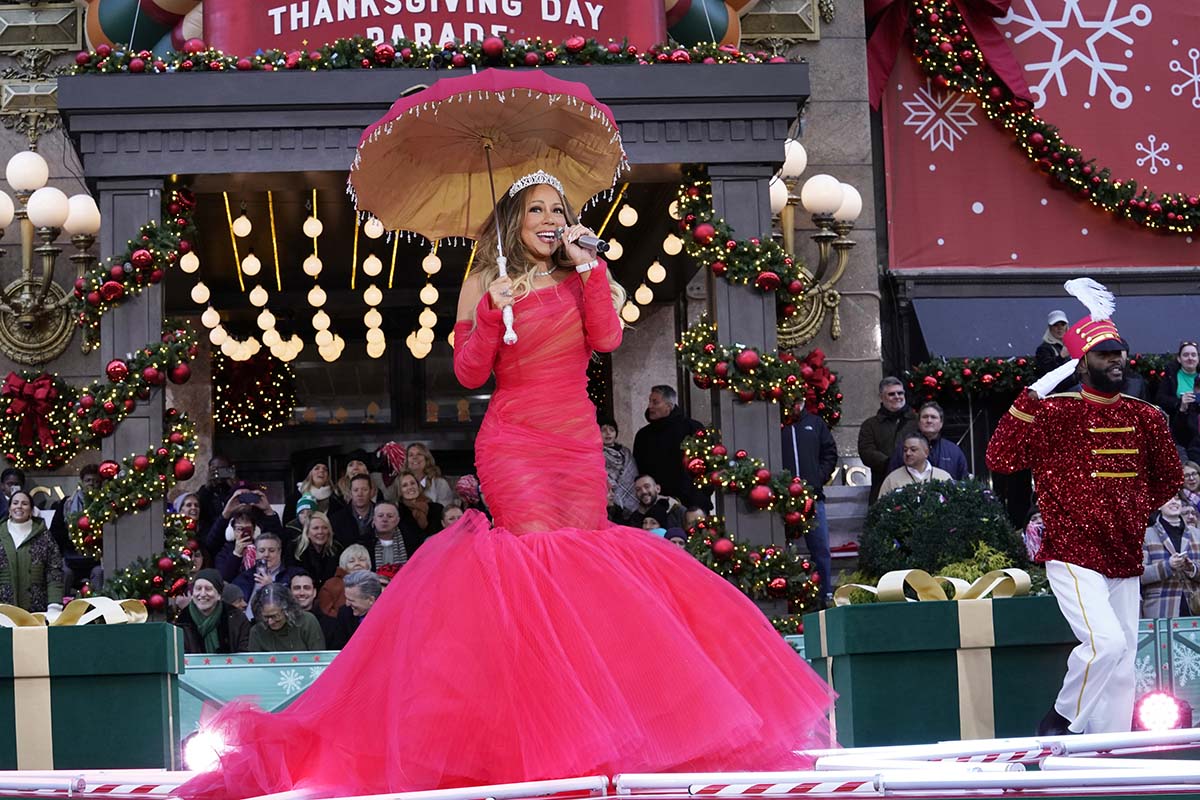 Carey took to social media last week to announce that she would be playing an integral role in this year’s parade. “My childhood dream is coming to life! I’m going to be opening for the one and only, SANTA CLAUS 🎅🏼, at this year’s @macys Thanksgiving day parade,” the “Heartbreaker” artist wrote via Instagram at the time. “🎄🎉💫 Tune in on Thanksgiving Day.”

In addition to the Turkey Day appearance, Carey will also host a holiday special this year, which will take place on December 9 and December 11 at the Scotiabank Arena in Toronto, Canada, before relocating to Madison Square Garden in New York City for December 13 and December 16 performances.

Earlier this month, the Glitter star was denied her request to trademark the moniker “Queen of Christmas” by the U.S. Patent and Trademark Office. The New York native’s attempts to trademark “Princess Christmas” and “QOC” were also “rejected and denied.”

After Carey filed the initial application in March 2021, she received backlash when Elizabeth Chan and Darlene Love spoke out against her desire to seemingly make the holidays about herself and for profit.

“Christmas has come way before any of us on Earth, and hopefully will be around way after any of us on Earth,” Chan, 42, said in an interview with Variety in August 2021. “And I feel very strongly that no one person should hold onto anything around Christmas or monopolize it in the way that Mariah seeks to in perpetuity. That’s just not the right thing to do. Christmas is for everyone. It’s meant to be shared; it’s not meant to be owned.”

Love, for her part, revealed that David Letterman had given her the title of “Queen of Christmas” back in ‘80s after performing the classic “Christmas (Baby Please Come Home)” on The Late Late Show With David Letterman each season for nearly three decades.

“Is it true that Mariah Carey trademarked ‘Queen of Christmas’?” Love, 81, wrote via Facebook in August. “What does that mean, that I can’t use that title? David Letterman officially declared me the Queen of Christmas 29 years ago, a year before she released ‘All I Want for Christmas Is You,’ and at 81 years of age I’m NOT changing anything.