Society’s (very chintzy) favourite designer: How Erdem became the Royals’ fashion darling…as it emerges tensions grew between Meghan and Kate over the label

Tensions arose between Meghan Markle and Kate Middleton early on in their relationship it has been reported, after the now Princess of Wales was prioritised over the Duchess of Sussex by a designer whose clothes have been worn by both royals.

Both Kate, 41, and Meghan, 41, are fans of British designer Erdem Moralioglu, with the Duchess of Sussex falling in love with his clothes during her career as an actress, as reported by The Telegraph.

Despite sporting his designs to several engagements before entering royal life from 2016, once Meghan joined the Firm, the Princess of Wales is said to have been given priority over Meghan as she, too, was an existing customer.

The 46-year-old designer has been described as being like Marmite, as people tend to either love or detest his work, with no room for ambivalence, thanks to his confident colour choices and fearless approach to pattern.

Kate has been snapped wearing Erdem dresses on multiple royal engagements over the years, including this design she sported while attending the opening of the V&A Photography Centre at the Victoria & Albert Museum in 2018

His romantic clothing has been described as ‘chintzy’ by some, due to his use of romantic floral fabrics.

Kate has been snapped wearing the East London-based designer’s creations on multiple royal engagements over the years, donning a mid-calf fit-and-flare frock from British label Erdem’s SS18 collection to attend the the opening of the V&A Photography Centre at the Victoria & Albert Museum in 2018.

She also sported the designer for other engagements, sporting a full-length mustard floral print gown to a Dinner given by the British Ambassador in Stockholm in 2018, and opting for the designer’s Shebah Floral Cotton Silk Gown to attend the Chelsea Flower show in 2019.

Meanwhile, Meghan wore Erdem’s ‘Davina’ dress from his 2015 collection in early 2016 – before it was available to the general public – for an appearance on NBC’s Today Programme, before she had even met the Duke of Sussex. 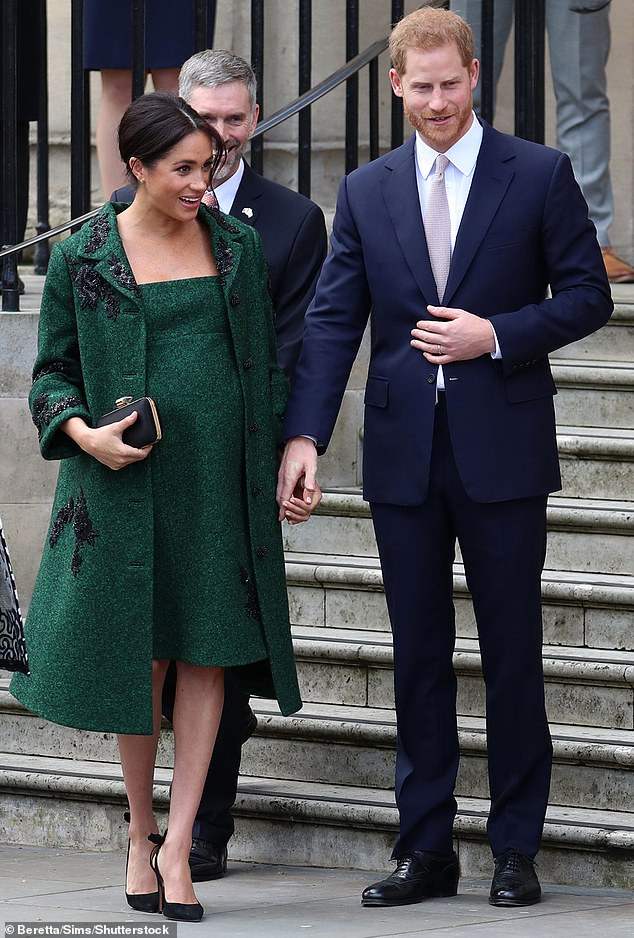 Meanwhile, Meghan Markle is also a fan of the designer, and wore his clothing before meeting Prince Harry. Here she is pictured wearing Erdem for the first time during a royal engagement, donning this custom green coat dress in 2019

And Zara Tindall has also been spotted in Erdem designs, sporting this knee length floral frock to attend Royal Ascot in 2021

She was also seen in Erdem dresses in March 2017 during a wedding in Jamaica, and around the time of the 2017 Invictus Games in Toronto, when she wore his ‘Sebla’ dress.

However, as a royal, Meghan did not publicly wear the designer until March 2019, The Telegraph reports.

The fact that frocks crafted by the British designer, who was born in Canada, were being handed to Kate first is said to have gone down badly with the Sussexes.

This led to Meghan allegedly saying Kate ‘wasn’t even Queen’. 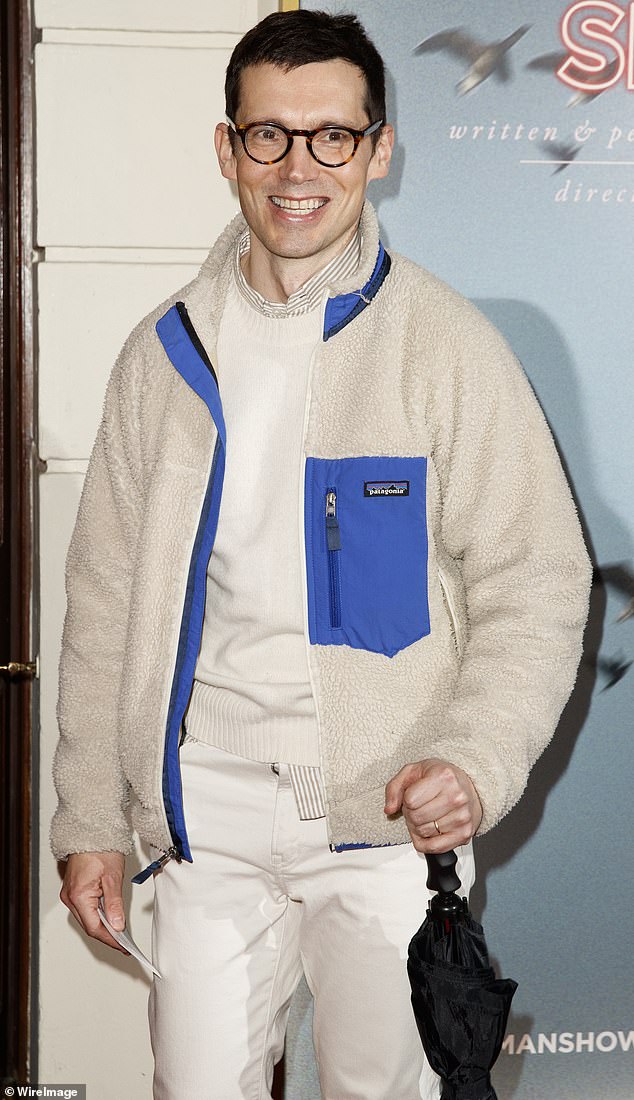 Kate and Meghan are not the only members of the Firm who appear to be fans of Erdem: Princess Eugenie donned a short £950 flowery frock when announcing her engagement to Jack Brooksbank in 2018.

And Zara Tindall donned of the brand’s trademark floral frocks to attend Royal Ascot in 2021, opting for a navy blue knee length number with long sleeves.

Sophie Wessex has also been snapped in the brand on multiple occasions, garnering headlines when she opted for a £2,895 Erdem Lindsay pleated metallic-lace gown which was patterned with intricate lace to attend the Royal Variety Performance at Albert Hall last month.

So, who is the man behind the brand that’s become a fashion darling of the royals? 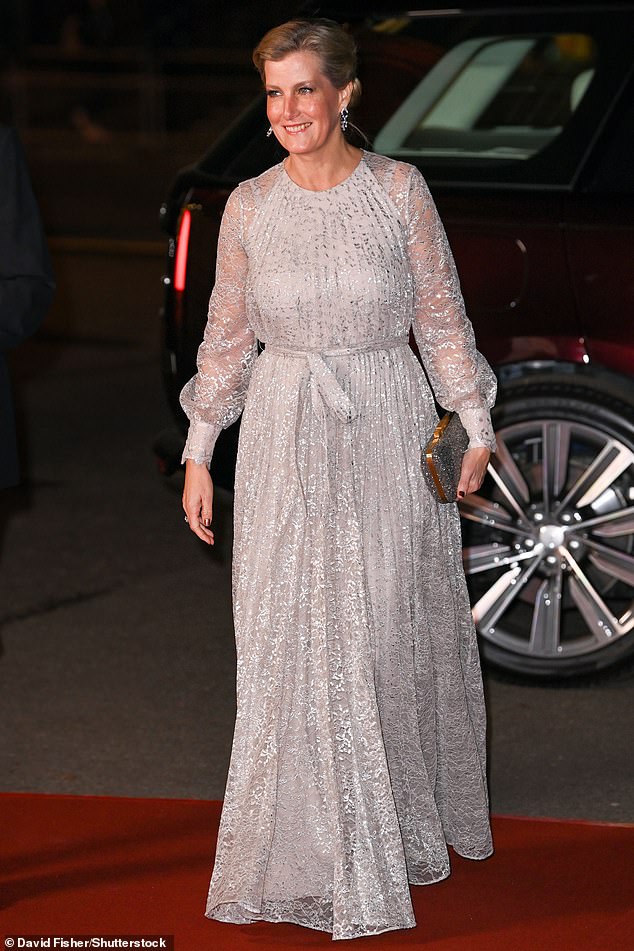 Sophie Wessex is also a fan of the brand, and stunned in this intricate gown when she attended the Royal Variety Performance in December last year

Erdem grew up in Montreal, with his homesick mother who surrounded herself with British treasures including Brideshead Revisited and Room With A View.

These informed the young creative with a romantic view of Britain that is clear in his chintzy designs.

Coming to the UK as a young adult, he learned his trade at London’s prestigious Royal College of Art and on internships at Vivienne Westwood and Diane von Furstenberg.

Debuting his own inaugural collection some 15 years ago, Erdem, who was awarded an MBE for services to fashion in 2021, won plaudits for his grown-up style that took ethereal fabrics and Renaissance florals and made them appeal to savvy career women. 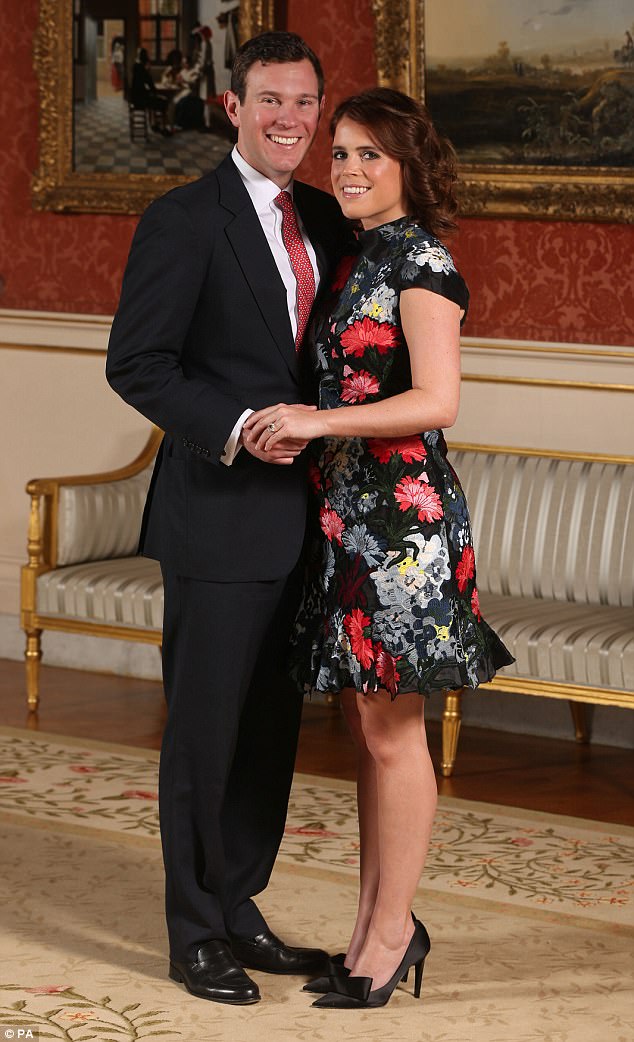 The Good: Princess Eugenie plumped for a £1,288 demure, highnecked floral Erdem when she posed for official engagement photographs with new fiance Jack Brooksbank

His talent was instantly recognised and saw a panel of influential judges — including Alexandra Shulman, Joan Burstein, the formidable founder of powerhouse boutique Browns, and designer Roland Mouret — award him the coveted Fashion Fringe prize at London Fashion Week.

This provided a cash injection for his fledgling business and a springboard to catapult him into the spotlight.

Today, Erdem has made England his home and the base for his internationally acclaimed brand.

It sells in more than 170 chic boutiques and department shops around the world, including a flagship store bearing his own name in London’s Mayfair.