Moon Knight is the next Disney+ series from Marvel, and it looks to be different than anything else fans have seen in the Marvel Cinematic Universe. Oscar Isaac plays a new Marvel superhero, Steven Grant, in the series. Steven finds out that he has dissociative identity disorder, and his other personalities include Marc Spector and Mr. Knight. And by going off the trailers for Moon Knight, fans wonder how big of a role the MCU plays in the show.

‘Moon Knight’ producer confirms the show is in the MCU

During an interview with Inverse, Moon Knight executive producer Grant Curtis reassured fans that they acknowledge that the show takes place in the MCU.

“Moon Knight is very much in the MCU,” he shared. “The observant viewer is going to hear and see those Easter eggs we drop that do explain that and confirm that.”

However, the upcoming Marvel Disney+ show could technically stand on its own, separate from the MCU. So new fans wouldn’t have to watch the extensive Marvel library to understand the Oscar Isaac-led series.

Curtis said, “We looked at the very first comics he appeared in, in 1975, and we looked over the years of storytelling, over the decades of Moon Knight stories, [and asked] what are the themes and tones that we’re gravitating towards as storytellers? We never intentionally tried to make this standalone.”

To sum up Curtis’s comments, viewers shouldn’t expect to see any Avengers making a cameo in the first four episodes. However, an MCU Easter egg or two will wedge their way into Moon Knight. 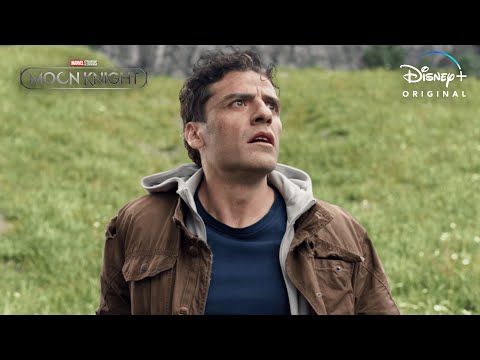 While Moon Knight likely won’t contain any direct MCU ties, director Mohamed Diab dreamed about what it would be like for Marc or Steven to meet other Marvel superheroes.

“I could see Marc and Steven driving the characters of the MCU crazy,” Diab revealed. “Marc’s speaking to someone with complete seriousness, and suddenly he turns into Steven, or Moon Knight turns into Mr. Knight. I think it would be amazing.”

Hopefully, there will be plenty of opportunities for Oscar Isaac to play with other MCU actors following the release of Moon Knight.

While it’s unclear what the MCU has in store for Moon Knight’s future after the show ends, Mohamed Diab hopes that the character will be around for a long time.

“I dream and wish for a [Moon Knight] film,” the director told SFX Magazine. “But with Marvel, the way they play it, it’s not like you graduate into a film. You can go into a film and come to a TV show and go back … It’s like a crazy world. Even with the successful shows, like WandaVision, they’re not doing season two. She jumped into a film. Maybe she’s going to come back or not. I don’t know. And that’s exciting.”

Diab added, “But I can tell you for a fact, I can see [Moon Knight] in the next 10 years, not just the next film. He’s a very interesting character. He’s probably the most interesting character for any actor to play. Oscar is doing a great job. People already like him, even from the trailer. I think the show’s going to resonate with people, so I see him staying for a long time.” 8 Nov 22
There is nothing more tiresome than hearing about someone’s diet. Listing the ingredients in their…
Lifestyle
0