Viral pictures of dogs with blue coats were taken in Dzerzhinsk, 230 miles east of Moscow. Many are linking their colouring to a nearby chemical plant which has been unused since 2015.

The dogs were seen near the factory which produced plexiglass and hydrocyanic acid before it went bankrupt in 2015.

Animal experts are wondering if copper sulphate, which was stored on the site of the factory, has caused the dogs to turn various shades of blue.

“Possibly they found the remains of some old chemicals and rolled in it, and possibly it was copper sulphate.”

Animal experts have studied the dogs and say they have suffered no adverse side effects aside from the colour change. Municipal officers had permission to enter the grounds of the abandoned factory in order to determine what had happened to the animals.

Seven dogs were taken to the vets for examination. The veterinary centre director, Vladimir Groisman, told RBC: “The general analysis of the dog’s blood and faeces showed normal levels for all of them, including their biochemistry.” 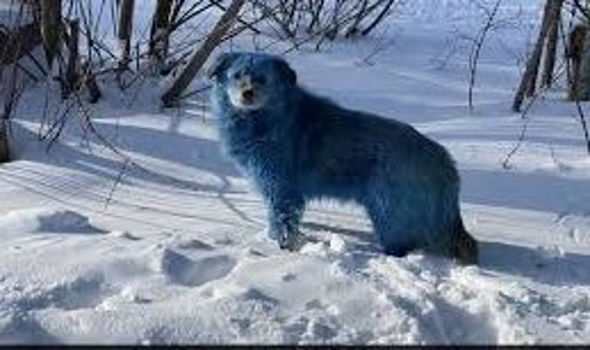 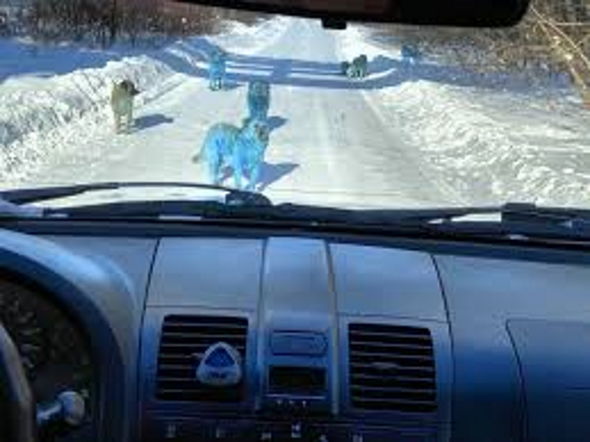 Groisman assured that the dogs had been well fed and seemed alert. Two of the dogs have now been adopted and the rest will remain at the veterinary centre for a week.

The photos of the blue dogs sparked health concerns from animal charities. Humane Society International said that they could be suffering from skin irritation and internal bleeding as a result of the exposure to toxic or harmful chemicals.

The organisation has 12 million members globally. They have called on authorities across Russia to implement sterilisation and vaccination programs to protect the welfare of stray dogs like these. 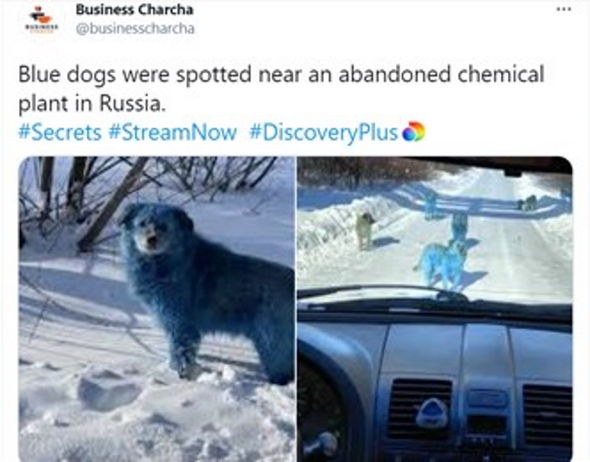 “This situation with street dogs living near an abandoned chemical plant in Dzerzhinsk, Russia, has shown very obvious welfare issues through the discolouration of their fur.

“The dye on their fur implies they have had direct contact or even ingestion of potentially toxic or harmful substances. This could result in painful skin burning, itching, internal bleeding and illness that could lead to death without veterinary intervention.”

Ms O’Meara said: “We hope in this case the source of the issue is identified and found to be benign, and the dogs’ welfare is not compromised.”

“Our pets are intelligent and sentient; treating them in this way sends out a worrying message that they are ours to objectify and treat as fashion accessories or toys.”

A spokesperson for the BBC show defended their decision to dye the dogs saying: “On set, we had an RSPCA approved Animal Welfare Consultant, a Grooming Consultant, and a Vet, to ensure that we put every precaution in place to keep the dogs safe and well. Every owner was asked if they were happy for their dogs to have some temporary colour put on them. The care and wellbeing of the dogs was of the utmost importance.” The Birds: Trailer for Hitchcock thriller released in 1963When you subscribe we will use the information you provide to send...