New series of The Crown is both ‘unsavoury’ and ‘dangerous’ because young people ‘think it’s a documentary’, royal expert Jennie Bond claims

As the fifth series of Netflix’s hit historical fiction series The Crown premieres today royal experts have clashed on if the show has gone ‘too far’.

The actors were seen on the red-carpet last night, as fans await the highly anticipated next installment, which will show intimate scenes between King Charles and the Queen Consort.

Authors Jennie Bond and Valentine Low were interviewed on Lorraine this morning, amid rumblings around the contraversial series’ depiction of the late Princess Diana, including scenes of her death which are set to take part in the sixth series. 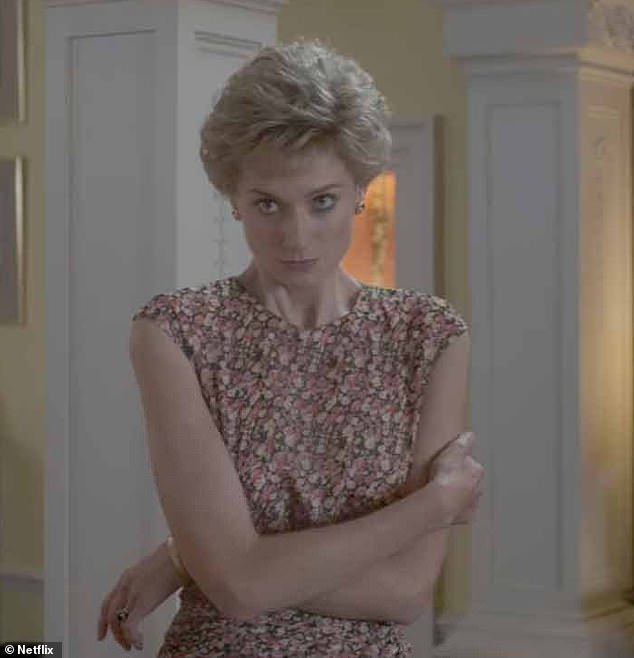 A clip from The Crown, which shows Elizabeth Debicki, who plays Princess Diana doing her famous ‘eyes down’ pose 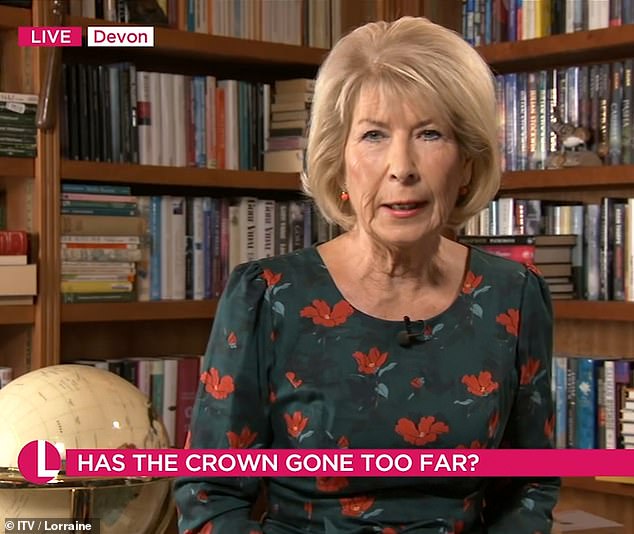 Jennie Bond, who has written The Platinum Queen, was the BBC’s royal correspondent in the ’90s when the fifth series of The Crown takes place.

She told Lorraine, speaking from her home in Devon: ‘It’s not a documentary, but a lot of younger people think it is.

‘I think it’s too sensitive at this time and dangerous.’ 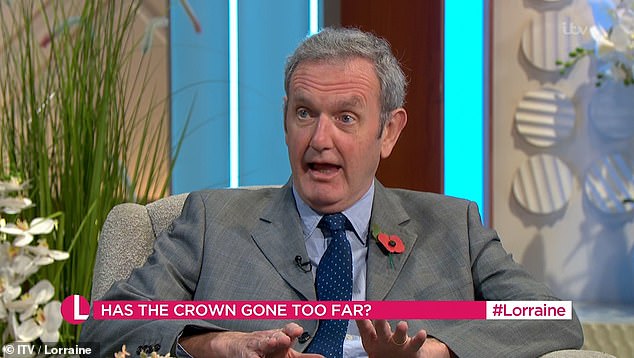 Valentine Low, who is a historian and royal writer says that ‘people will get over it’ and the royal family won’t be watching The Crown 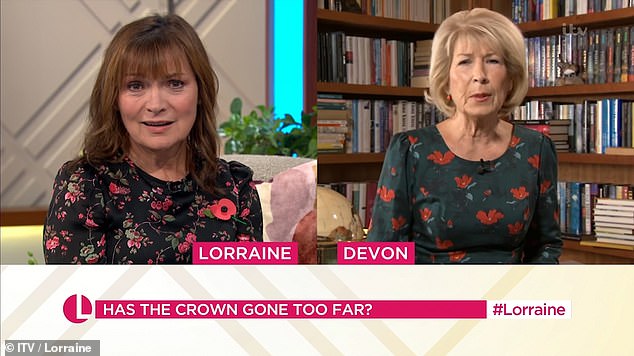 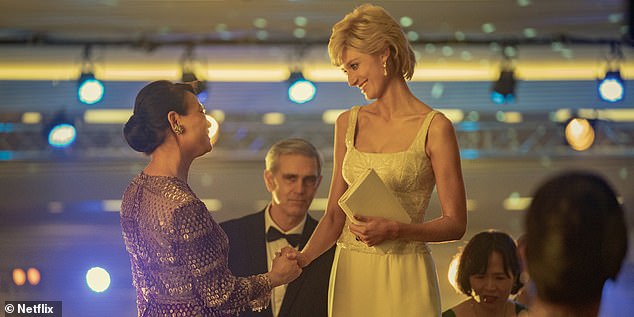 Elizabeth Debicki’s portrayal of the late Diana, Princess of Wales was praised by Lorraine but Jennie Bond said the series has ‘exaggerated’ characteristics

Lorraine commented that the 90s, including the Queen’s 1992 ‘annus horribilis’, were ‘dramatic enough’, and she also expressed concerns that King Charles ‘wouldn’t want to be remembered by tampongate’.

Jennie Bond agreed, saying: ‘Yes it was, I was there reporting it. You’ve got Fergie going topless, having her toes sucked, Harry smoking weed, divorces – you don’t need to embellish it.’

Author of Courtiers: The Hidden world behind the crown, Valentine Low had a different opinion.

He claimed that ‘it’s just telly’ telling Lorraine: ‘Even if a lot of people think it’s true it doesn’t mould their impression of the royal family.’

The expert explained that the King is ‘sensitive of his reputation’, adding: ‘They’ll get over it. The tabloid campaign against The Crown is hysterical and over the top I don’t know what it achieves.’ 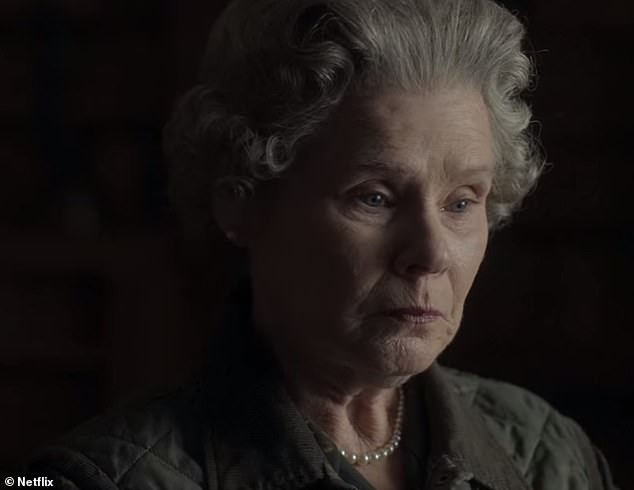 Jennie hit back saying: ‘King Charles doesn’t want to be remembered by tampongate and all of those things.’

Valentine said he thought the new King ‘wouldn’t be remembered by that’, which prompted Lorraine to ask: ‘Will they rise above it?’ 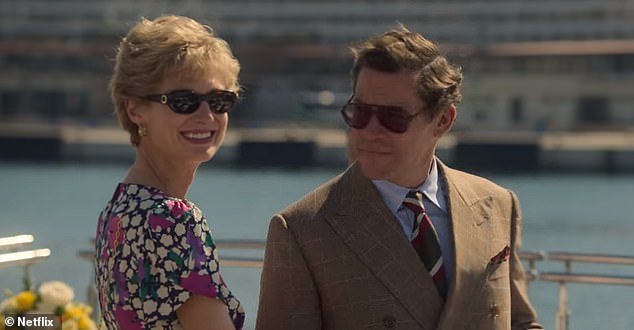 A public front: Charles and Diana have been shown enjoying themselves during The Crown on trips together

Jennie Bond argued: ‘Well William has spoken out about the Panorama and this series goes over it.

‘How would anyone feel if the tragic betrayal of their mother was being portrayed to millions for entertainment? It’s unsavoury.’

Lorraine said it ‘must be mortifying, their parents talking about sex.’

Valentine however, wasn’t convinced telling her: ‘I doubt they will watch it.’

The discussion moved on to the actors, with Lorraine praising Elizabeth Debicki’s depiction of Princess Diana.

Jennie Bond agreed, calling her a ‘fine actor’ but also said: ‘Yes she’s a fine actor but things are exaggerated, she does that thing -putting her head down.

‘Yes Diana did do that but, but not that much.’

Lorraine then brought up the idea that the Prime Minister John Major asked the Queen to step down, as show in the series – something Valentine Low called ‘piffle’.

He said: ‘It’s just piffle, the King has denied it and it’s just not something he would ever do.’ 4 May 21
POPULAR trading app Robinhood is struggling to keep up with surging demand for cryptocurrencies. The…
Lifestyle
0