With his government’s workplace reform bill under hot debate in the parliament, Anthony Albanese this week walked into the lions’ den – a big gathering of company bosses. But despite the public atmospherics, the prime minister found the lions surprisingly friendly. He was warmly received at the Australian Industry Group’s Industry Meets Parliament dinner on Monday.

And when it came time for the Q&A session, he found them mild rather than wild. He took seven questions on a range of topics: China, the republic, the Indigenous Voice to parliament. Only one was related to workplace relations, and it was a general one, not specifically about the reform bill now before the Senate. No heated words were exchanged, even in private. 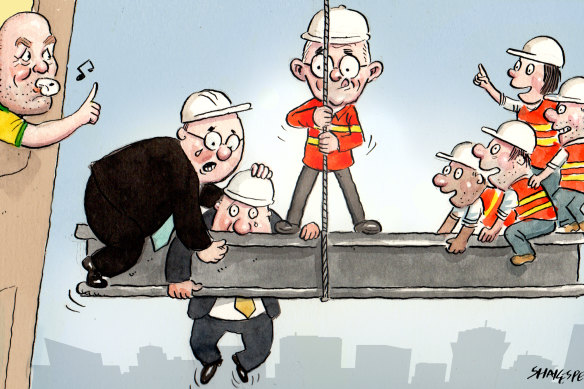 Even his harshest critics in the business community concede that Albanese is accessible, consultative and reasonable to deal with. For instance, he spent over an hour on the phone with the Australian Industry Group’s chief executive, Innes Willox, on details of the proposed workplace law.

His office, his minister, Tony Burke, and departmental officials have spent many more hours working through technical details of the bill with Willox’s outfit and the other major employer groups, the Business Council and the Chamber of Commerce and Industry.

Overall, for a new Labor government prosecuting a major overhaul of workplace law, the collaborative approach is working. Especially when you consider that the explicit aim of the bill is to raise wages across the economy.

Badly handled, this might have been explosive. As it is, it’s contentious, contested, but it’s not going to blow up the government or the parliament. Indeed, by Friday afternoon, there were signs that the government had passage of the Fair Work Legislation Amendment (Secure Jobs, Better Pay) Bill 2022 within reach. 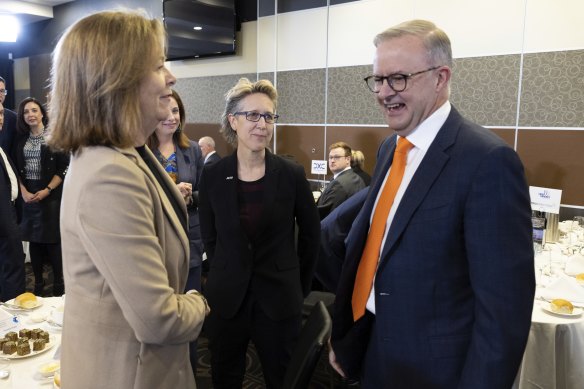 The bill, which the government is determined to pass by the end of next week when the parliament rises for the year, is a big bill, about 250 pages long, with dozens of provisions.

The opposition calls it “extreme”. And the business groups have very real apprehensions about some of its elements. Yet the real political argument quickly has resolved into negotiations over just two key provisions. The independent senator and sometime captain of the Wallabies, David Pocock, has spent the week negotiating them with Tony Burke, the Minister for Employment and Workplace Relations.

Pocock emerged as the pivot point of Senate power, refusing to support the bill and demanding that the government heed employer concerns. Unexpectedly for a former footy hero, perhaps, one chief executive this week privately described Pocock as the “most intense listener” he’d ever met.

One of the two key points of contention is how to protect small businesses from onerous new burdens under the act. The government’s solution was to give an exemption to businesses with 15 or fewer employees. 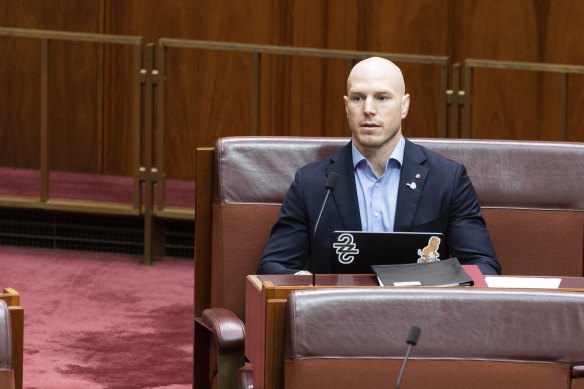 But a Senate committee, controlled by Labor, this week proposed that this threshold should be higher, exempting businesses with 20 or fewer. That made it inevitable that the government would have to agree to at least 20; Pocock demanded a higher threshold again.

Burke would have to go higher to meet this, but worried that any higher threshold might exclude some of the most important groups supposed to benefit from the new laws – childcare workers, for example, in independent centres with only 20 or 30 employees.

So the negotiations on Friday explored ways to meet both sets of concerns, exempting more small businesses yet keeping important low-paid groups within the scope of the act. This appears amendable to a workable fix.

The second matter is the really big one. Unlikely as it may seem, the most contentious and exciting words in federal politics today are “multi-employer bargaining”. Also known as sector-wide bargaining.

The idea is that a range of employers across a particular industry could be brought into a negotiation with unions, so that wages across the industry could be driven up in a sector-wide deal. The aim is to boost the wages of particular low-paid workforces in healthcare, aged care, cleaning, childcare.

But the employer concern is immediately obvious – what about companies caught up in a negotiation but unable to meet the new industry standard that’s agreed in negotiations conducted over their heads?

This kind of multi-employer bargaining already is available in Australia under the Fair Work Act, but it’s difficult to invoke and has gone virtually unused. The bill now before the Senate is designed to make it more accessible.

Innes Willox has called this a “red line” where compromise is not possible. The ACTU secretary, Sally McManus, is impatient. Businesses are “doing everything they can to stop this,” she told the ABC this week. “It’s the wrong thing. I know that they have got used to having the profits they have got and not having to give pay rises. It’s got to change. All we want is just pay rises that do, over the long term, keep up with cost of living and reward people for their productivity increases. We have not seen that for 10 years. We’ve just got to fix it.” 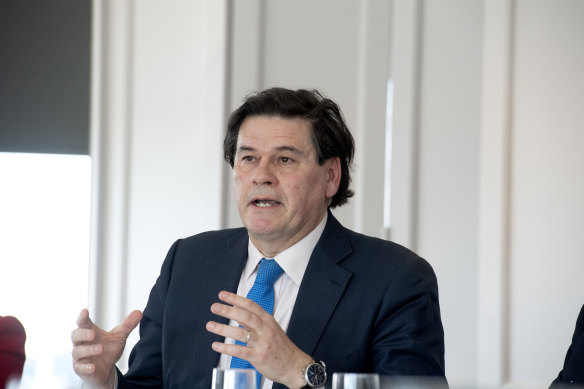 McManus is right about the disconnect between wages and productivity. In the past decade, productivity in Australia increased by 10 per cent. Real wages increased by 0.1 per cent. Uncoupling rewards from results is a system failure.

The employer groups say they actually support rising wages, so long as they rise with productivity. But is multi-employer bargaining the way? There are two answers.

First, it already is in most developed nations. Chris F. Wright, associate professor at the Sydney University School of Business, says: “Looking at the OECD countries, 20 out of 38 use multi-employer bargaining as the main way that pay is set. In 26 of the 38, it’s a part of the mechanism, not necessarily the central part. In some countries it co-exists with enterprise bargaining.”

It doesn’t seem extreme to Jannie Mooren. For 16 years, she was chief executive of the main research institution on workplace law in the Netherlands, supported by employers, unions and government, the Labour Foundation.

“There’s no obligation to make a deal” between a business and a union in the Netherlands, she says, “but as soon as you have a deal you can ask the government to make it a law to apply to everyone in the sector. How much you earn or how much each worker works or something about holidays. It obliges everybody in a sector, they all have the same set of wages and conditions, so there’s no rivalry” in that realm.

About 20 per cent of the workforce is not part of any deal, in industries such as computer games and information and communications technology, and house cleaners. Some companies that are exceptional, usually a leader such as Tata Steel or electronics firm Philips, have unique deals, says Mooren, “but you also have a deal for everybody making bread to follow the rules of a collective deal”.

“It’s very profitable for the Dutch,” says Mooren. And what of the companies that can’t afford to meet the terms of a multi-employer deal? “If you are going broke, perhaps you have to close the business.”

In Australia, multi-employer bargaining as proposed by the Albanese government gives discretion to the Fair Work Commission to protect a firm from this Darwinian outcome. Says Wright: “There will be legal barriers to prevent companies being ‘roped in’ and if they make the case to the Fair Work Commission that they will be driven out of business, the commission may decide not to apply it to a particular business.”

The second part of the answer is that the government expects that the prospect of multi-employer bargaining would encourage more companies to strike enterprise agreements. These are the mainstay of the Australian system, but a mainstay that’s been sagging.

By meeting the employers’ demands to reform the Better Off Overall Test, the Albanese government’s proposals would make it easier to negotiate new enterprise deals.

And there was a telltale sign on Friday that David Pocock and the government were making good progress towards agreeing on a way to make it workable. In the list of Senate bills for consideration next week, the workplace bill was listed for first thing Monday morning. You don’t do that if you think you’re a long way from a deal.

The Opinion newsletter is a weekly wrap of views that will challenge, champion and inform your own. Sign up here.

More from our award-winning columnists

An anxious nation: Mortgage stress, COVID burnout, extreme weather and the cost of living crisis – no wonder Australia’s status as the “lifestyle superpower of the world” is under threat – Nick Bryant

The future of democracy: Australia must learn from America’s descent into extreme inequality, which has led to deep discontent. It must also do more to civilise “social” media – the great amplifier of hate – Peter Hartcher

Behind the interview: Shane Warne may have been the greatest bowler legendary interviewer and cricket lover Michael Parkinson has ever seen, but he’s not his favourite interview – Peter FitzSimons