Maya Rudolph On Her ‘SNL’ Kamala Harris Impression: I Love ‘Being Aligned With Her’ 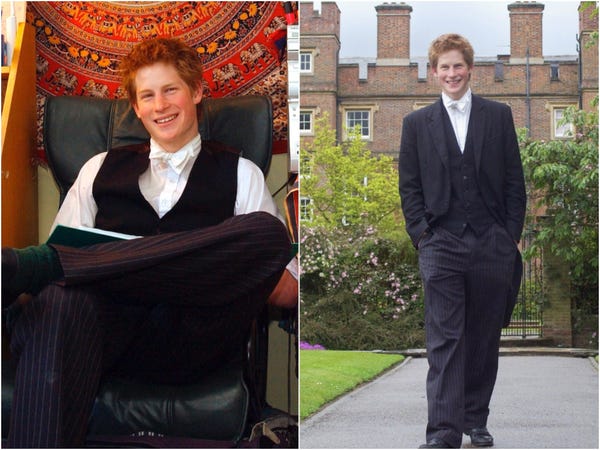 Prince Harry said he took his private schooling for granted during a conversation about girls' education with Meghan Markle and Malala Yousafzai.

The Duke and Duchess of Sussex teamed up with the Nobel Peace Prize Winner to mark the International Day of the Girl on a joint video call on Sunday, October 11, where they spoke about the importance of education in empowering young women.

When asked by Yousafzai about how education influenced their childhoods, the duke and duchess said it's something many young people take for granted.

Markle added: "Having the privilege to be able to go to school is something that I think oftentimes is taken for granted.

"It's very difficult for a lot of people to recognize that just the ability to have a school book is a luxury for so many people."

The duke said he "wasn't as grateful" for his schooling while he was at Eton College, which he attended from 1998 to 2003.

"I'm hugely grateful for the education I was lucky enough to have. At the time I certainly probably wasn't as grateful, but looking back at it now, I'm very, very blessed with having such an amazing opportunity," he added.

"I think it takes boys slightly longer to understand how important education is, but they get there in the end," Yousafzai joked.

The school ranked ninth place out of 100 independent private schools in the UK by Exam Papers Plus, a list that was compiled by comparing the GCSE results from each school.

The school, which is around a one-hour drive to London, is close to the Queen's Windsor Castle residence where Her Majesty spends her Easter vacation ever year.

The prince graduated with two A-Levels in Art and Geography, achieving a B and D grade respectively.