“At the start, I was thinking, ‘I’m a whole person, I don’t need the laughter and approval of strangers to make me feel good about myself’.

“Then someone offered me a stand-up gig in August and, I tell you, that first one back, I had everything: the nerves, the excitement, and when they laughed, it was like, ‘God, I’ve missed this’ – so I am a craven show-off after all.”

While unable to strut his stuff as the beer-swilling man of the people – whose gloriously un-PC views on the French, Germans and alcopops have made him rich and famous – the self-confessed history nut knuckled down to writing. 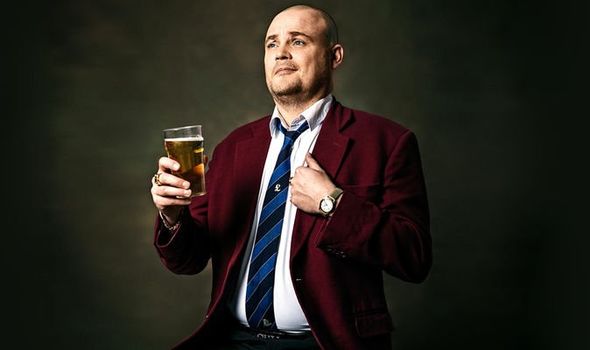 The result is a lighthearted, deeply irreverent romp through the 20th century, akin to 1066 And All That, the tongue-in-cheek and perennially best-selling reworking of English history first published in 1930.

“It’s not my attempt to write that, it’s beyond my capacity to copy something so brilliant,” Murray laughs.

“This is me taking a hop, skip and a jump through the last 100 years. It’s the world’s first ever history book to admit it’s biased and not care.

“And it’s incomplete – it’s only got the things the author was interested in. If I run into a boring subject in the book, I say it’s boring and I don’t know why I’m covering it.”

In fact, The Last 100 Years (Give Or Take) And All That, with its knowing nod to 1066 in the title – and featuring everything from the Treaty of Versailles to Spanish Flu to the Wall Street Crash and Cuban Missile Crisis – is his attempt to wrest history away from “great thick” academic tomes “read by just 500 people”.

“The book’s dedicated to one of my daughters, Willow, because I used her GCSE notes to write one bit of it. I thought, ‘How are they teaching this subject? Well, let’s have a look’. And then I could write a funny version.”

But make no mistake, despite his humour, the Oxford University graduate knows his stuff – it’s just a different take on events.

“I don’t see why you can’t be funny and flip about history,” he explains.

“You run into some subjects where you think, ‘How the hell am I going to write a joke about that?’ but it doesn’t matter. It’s meant to be a humorous take on a lot of events of the past 100 years.”

And it is. With some great gags along the way and no spoilers – “you know what happens at the end”, jokes Murray – it’s a fun, illuminating read. His deep love of history was inspired by his Cold War warrior father Ingram, a now retired former Lieutenant Colonel in the Parachute Regiment.

“I was brainwashed as a child,” he laughs.

“It’s the thing we talked about at Sunday lunch. It’s his passion, the thing he’s fascinated by. When we were kids, we went to battlefields and did stuff like that. He and I went to Arnhem when I was 15. 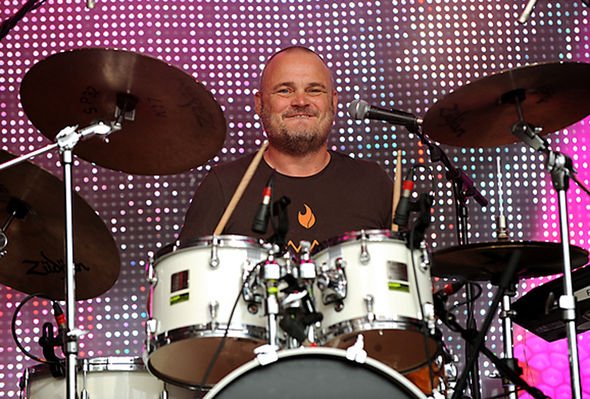 “I don’t get it when people aren’t interested in history. If you want to know where we are now and where we came from, there’s only one place to look: in history.”

Murray has kept to 20th century history partly to avoid being sued – and because he feels you can’t call last orders on history, it needs to marinade before we truly understand it. “It may well be that 9/11, the Iraq War or some other event, when you zoom out in 50 years time, will look quite different,” he suggests.

Does that mean Donald Trump may be seen as a genius in 50 years? “Or a moderate,” Murray quips.

“Or an attempt at a restraining influence. But that’s the thing, you just don’t know. When I went to university in 1987 to study history, it started or ended in 1964 which was 23 years earlier.

“Today 23 years ago is round about 1999 and I think that’s a fair gap. A case in point came last year with the Brexit deadline looming; everyone thought it was the only game in town, the earth-changing event we were all living through. Then it got upstaged by a microscopic object.” 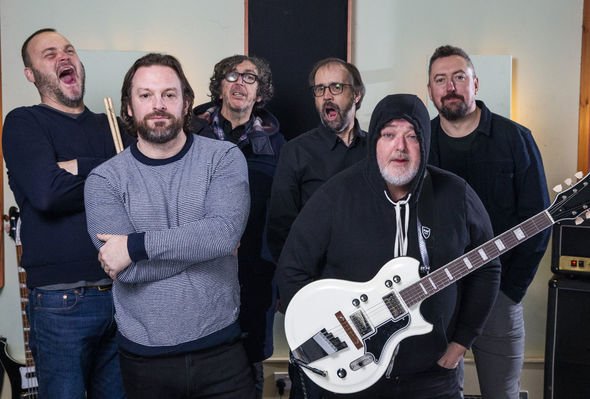 Murray doesn’t believe recent bitter rows over our past – the removal of slave trader Edward Colston’s statue in Bristol and the vandalising of Winston Churchill’s statue in Parliament Square, London – are a modern phenomenon.

“The Victorians famously only ever wrote about what fantastic people they were. People have always used history for affirmation.”

As for rows over our late, great wartime Prime Minister, he says: “With Churchill, you have to say, ‘Let me tell you about the guy he was up against’.”

Murray has two teenage daughters with his ex-wife, and a two-year-old, Daisy, with his current partner, Eleanor Relf. In November last year, their nephew Finley was diagnosed with a rare form of leukaemia.

Since then, he has been using his public profile to urge people to sign up to a blood stem cell register.

Finley, seven, is currently in Great Ormond Street Hospital, London, and has been enduring regular bouts of chemotherapy to keep the disease at bay until a stem cell donor from his “genetic twin” can be found.

“What Finley has is really very, very, very serious and extremely rare. He’s got a thing called JMML [juvenile myelomonocytic leukaemia] that 12 kids a year get,” says Murray.

“He’s incredibly stoic, his family are amazing people. It is genuinely humbling to watch them deal with it. With a child, you think, ‘If I could do the chemo for you, I would’. This isn’t just about Finley, either. Even if we don’t find a match for Finley we might find a match for someone else, a dozen people, a hundred people.

“It’s really simple, there’s a thing called DKMS and they run a blood stem cell register. You register with them online and they send you a swab and you swab the inside of your mouth, send it back and then you’re on their database. “If you come up as a match, they get in touch and ask you to donate your blood stem cells.”

Murray has even watched a donation procedure. “It’s dead simple,” he says. 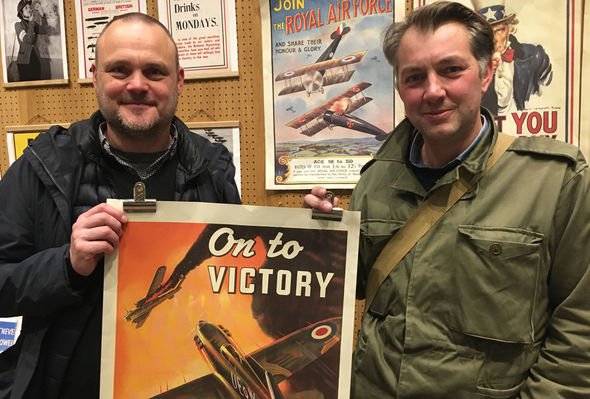 “It’s two and a half hours but it’s essentially like giving blood. They extract the stem cells they need and put back the plasma they don’t.

“If you’re between 17 and 55 and in general good health, take the first step towards registering as a donor by ordering a home swab kit at dkms.org.uk.”

For history buffs, one of the pleasures of lockdown has been Murray’s We Have Ways of Making You Talk podcast with his historian friend James Holland. The popular bi-weekly show in which the pair explore some of the lesser-known aspects of the Second World War was, he admits, born out of their pub conversations.

“What James likes doing more than anything else is sitting down with a pint or a bottle of wine and just chewing the cud. If he was in town we’d go and sit in a pub and drink and talk about the war,” he says.

“That led to the podcast, then lockdown came and we’ve doubled our output. It’s been a big hit with the people who are similarly fixated on the subject and it’s stopped me going mad.” 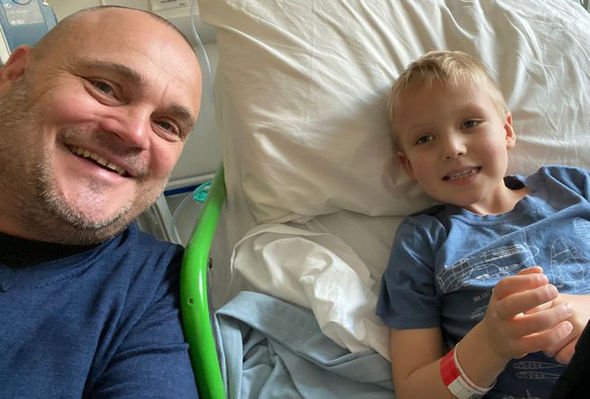 That and drumming. Murray, who returns to TV this week with repeats of his show, Why Does Everyone Hate The English?, has played drums since he was nine and has been practising intently at home in west London during lockdown. “I’ve very much improved my playing. Poor neighbours.”

He performs in a band, Fat Cops, alongside, among others, JK Rowling’s doctor husband Neil Murray, no relation, on keyboards. They describe their musics as “hip-shakin’, garage-groovin’, punk-glam chaos”.

Murray also co-owns a drum-making business in Stockport. Seven years ago he ordered a custom-made kit and became friends with the craftsman.

“Then his previous employers let him go and I said to him impulsively, ‘Let’s go into business’. Now there are 20 people at the factory, we’re exporting all over the world and we have big stars like Nicko McBrain from Iron Maiden playing our drums.”

As well as writing his new book, he’s been contributing ideas to the new Spitting Image show, but Murray can’t wait to get back on tour as the Pub Landlord – with one minor proviso.

“What many people might not know is that I am not bald in real life. I have to cut my hair off to do it and so the main lockdown bonus is that I’ve got hair,” he laughs.

“So if we go back to normal touring, I’m going to be pretty, pretty miserable about having to cut my hair off. But it took me five years to get the Pub Landlord onto TV and I’ve no plans to give him up any time soon.”

The 'Modern Family' actress and her hunky husband have filed a legal motion, asking a judge to grant a restraining...