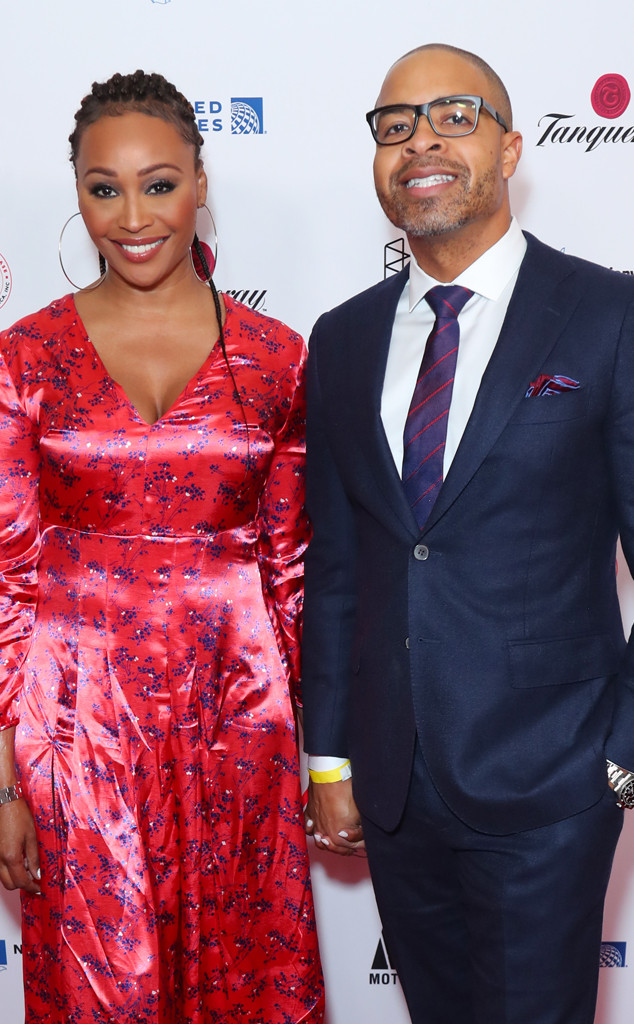 The TV personality got down on one knee to ask for the Real Housewives of Atlanta star’s hand in marriage on Friday. And, clearly, she said yes!

It all went down at the grand opening of Cynthia’s new place of business, The Bailey WineCellar. The mother-of-one was surrounded by her daughter, Noelle Robinson, as well as Mike’s two daughters, Kayla and Ashlee, when he popped the question with a massive diamond. Of course, the three teens played a part in the proposal too. According to People, Noelle, Kayla and Ashlee all held a cut-out of a sentence that read: “Can we be a family?”

Her guests then cheered as the reality star slipped on the priceless engagement ring for the first time.

While the time and place of the proposal surely came as a surprise, the engagement itself isn’t. Since the pair started dating last year, it’s become increasingly clear that they are meant for each other.

Cynthia herself wrote on Instagram, “did not see u coming @itsmikehill. one year down & a lifetime to go.”

And Mike cannot agree more. “What’s the first love song YOU fell in love with? For me it was Michael Jackson‘s ‘The Lady In My Life’. Even though I didn’t have a lady at the time it touched me the 1st time I heard it & it always meant something to me,” he gushed. “Now that I have @CynthiaBailey10 in my life, I know why the words meant so much.”

Bailey and Hill’s happy news comes three years after Cynthia separated from ex-husband Peter Thomas. Together, she and Peter shared six years of marriage, but decided to part ways after a “difficult” time in their relationship.

Congratulations to Cynthia and Mike!

(E! and Bravo are both members of the NBCUniversal family.)