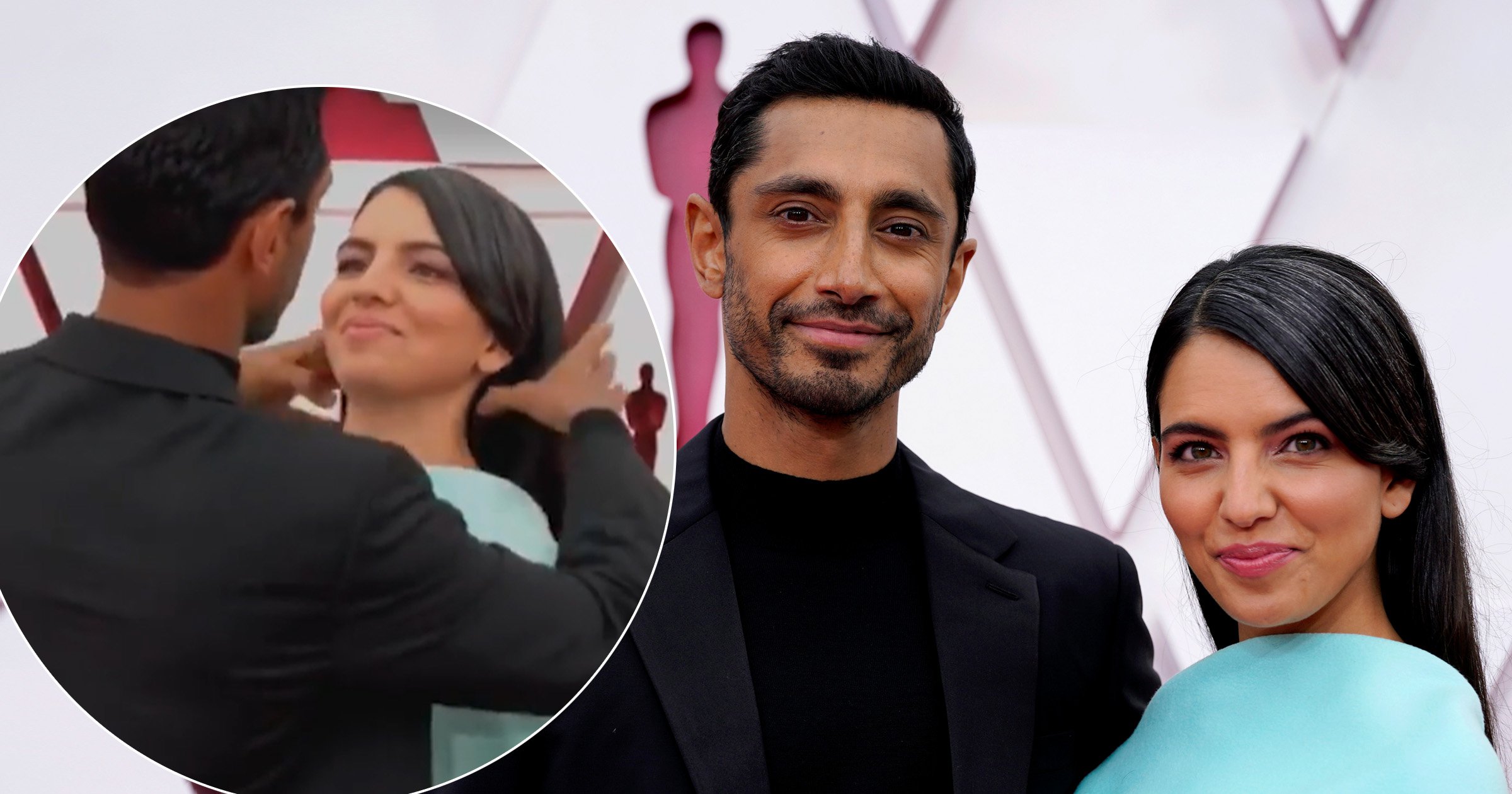 Riz Ahmed and Fatina Marheen Mirza made their red carpet debut at Oscars 2021 with the most sweet moment that has fans swooning.

The Sound Of Metal star, who is nominated in the best actor category, recently revealed he and novelist Fatima had married after meeting in New York.

Appearing at tonight’s glitzy ceremony, though, it was clear the pair were relationship goals as Riz made sure his partner was feeling comfortable in front of the flashing lights.

Case in point when he stopped the photographers to help fix Fatima’s hair.

In video broadcast from the red carpet ahead of the ceremony, Riz was seen turning to photographers and saying ‘one second’ as he turned towards his wife and began to smooth her hair behind her shoulders as she smiled up at him.

He added: ‘I’m the official groomer for the evening.’

Afterwards, Riz and his wife, the author of A Place for Us, beamed as they posed for cameras.

As our hearts melted.

Recently Riz revealed he had tied the knot after they met in New York while he was preparing for his latest film.

Speaking on The Tonight Show Starring Jimmy Fallon, he said: ‘She’s an amazing novelist. We met so randomly while I was preparing for this role, for Sound Of Metal when I was in New York.

‘We both sat down at the same table in the cafe where we both turned up to write. We were both jostling over the same laptop plug points, like a very modern way of meeting.

‘And we struck up a friendship and reconnected down the line. But it’s weirdly like one of the many things about preparing for this role that was so special, it just brought a lot of goodness into my life.

‘Obviously I met Fatima for the first time and met so many people in the deaf community that have become friends. There’s just something about this whole period around this film that was kind of life changing.’

Fatima is a New York Times best-selling author whose books include A Place for Us. She was raised in California, according to her website.

Riz, who as well as acting is also a rapper, joked about the supposed ‘secret’ wedding.

He told the TV host: ‘It’s a weird one because we live in a social media age if you don’t get on the megaphone about stuff it’s like, it’s a secret. But I never know how much is oversharing.’

Thomas Vinterberg  – Another Round

Actress in a leading role

Vanessa Kirby – Pieces of a Woman

Actor in a Leading Role

Actress in a supporting role

Actor in a supporting role

Sacha Baron Cohen – The Trial of the Chicago 7

One Night In Miami

If Anything Happens I Love You

A Concierto is a Conversation

A Love Song for Latasha

The Man Who Sold His Skin – Tunisia

The One and Only Ivan

A Shaun The Sheep Movie: Farmageddon

Fight For You – Judas and the Black Messiah

Hear My Voice – The Trial of the Chicago 7

Speak Now – One Night in Miami