A step back in time! Sarah Ferguson dons a 1920s-inspired flapper dress and matching headpiece as she attends socialite Lawrence Stroll’s birthday party in Italy

Sarah Ferguson looked as if she’d stepped straight out of the 1920’s as she attended a glamorous event in Italy on Saturday night.

The Duchess of York, 59, donned a fringe beaded flapper dress as she arrived at the 60th birthday party of Canadian billionaire and socialite Lawrence Stroll, which was held in Capri.

The party took place in the grandioso Villa Lysis, and was themed after the F. Scott Fitzgerald masterpiece, The Great Gatsby.

In accordance with the era’s infamous dress-code, Prince Andrew’s former wife sported an all-black outfit which featured a cold shoulder cut – and paired it with a black headpiece. 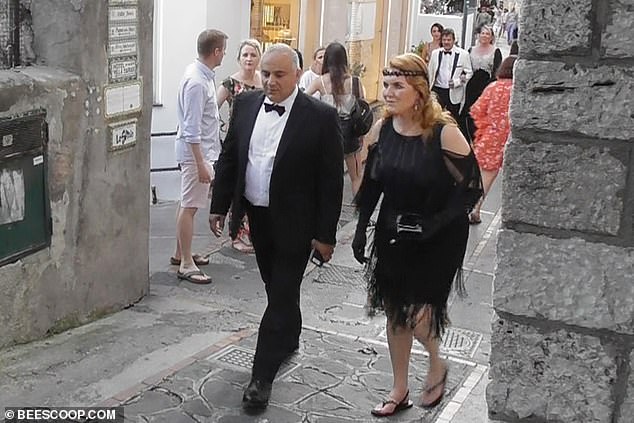 Sarah Ferguson, 59, opted for a black flapper dress as she attended a 1920s-inspired birthday party for Canadian billionaire Lawrence Stroll

She accessorised with a pair of elbow-length gloves of the same colour – which added further flair to her fancy dress outfit – and long-drop earring that shone in the sun.

To complete the ensemble, she carried a stylish black cigarette holder alongside her her clutch bag.

The royal wore her auburn hair loose and curly and added eyeliner to highlight her blue eyes.

Fergie joined other high profile celebrities who were also in attendance for the birthday celebrations including Michael Douglas and Catherine Zeta-Jones. 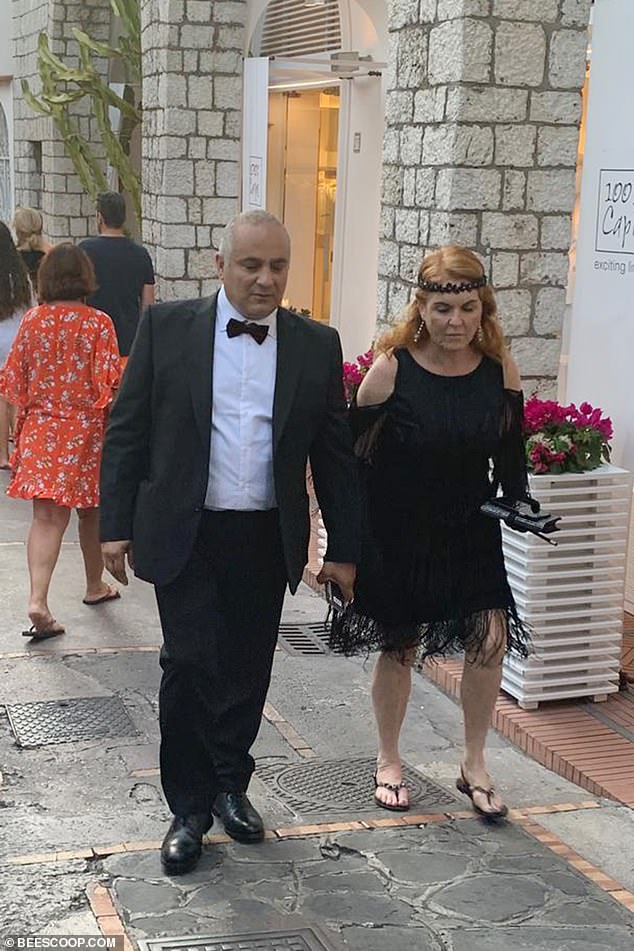 Fergie accessorised her outfit with a headpiece, long gloves and held a black cigarette holder in her hand as she attended the lavish celebrations in Capri, Italy, last night 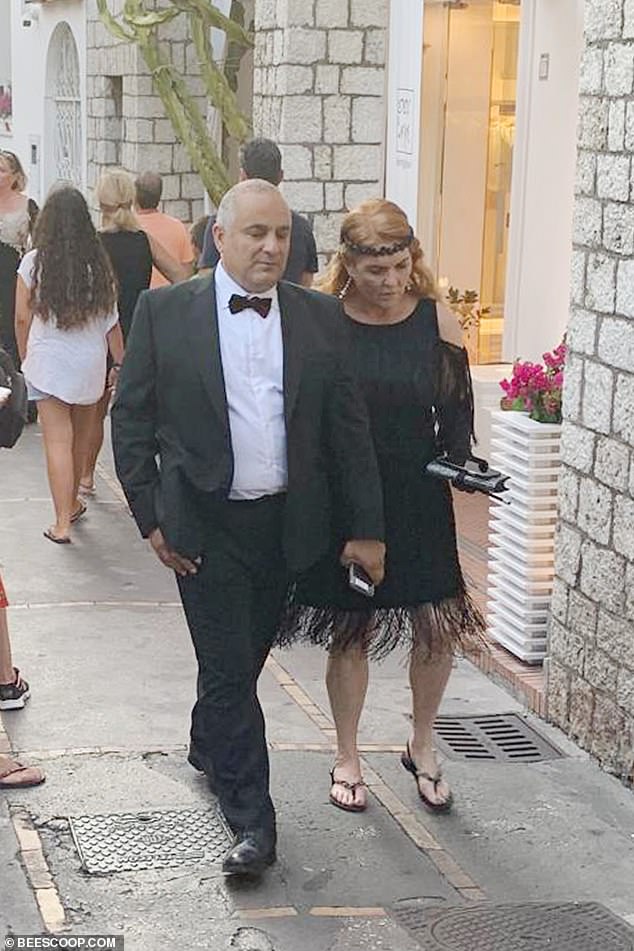 Passers-by walked past seemingly unaware that Fergie was in their presence. The royal opted for the more unusual footwear choice of flip flops

The US couple wore contrasting outfits, with the actress banking on a black sleeveless gown with a plunging neckline while her husband wore a white suit with a blush pink tie.

Lawrence Stroll, who donned an all-white suit, led his guests to the celebrations.

The Canadian businessman and Sarah Ferguson have been friends for years, having attended events together, including a gala at the Tower of London, back in 2002.

Lawrence made his fortune thanks to investments in a wide range of endeavours, including fashion. He invested in Michael Kors and Tommy Hilfiger, contributing to the two brands’ international popularity.

He is also credited for bringing fashion brands Pierre Cardin and Ralph Lauren to Canada.

The Canadian tycoon is well-known for his love of cars, collecting Ferraris, owning the Ferrari dealership of Quebec and co-owning the SportPesa Racing Point F1 Formula 1 team.

It was confirmed that the business magnate’s own son Lance, 20, is one of the team’s drivers for the 2019 season. 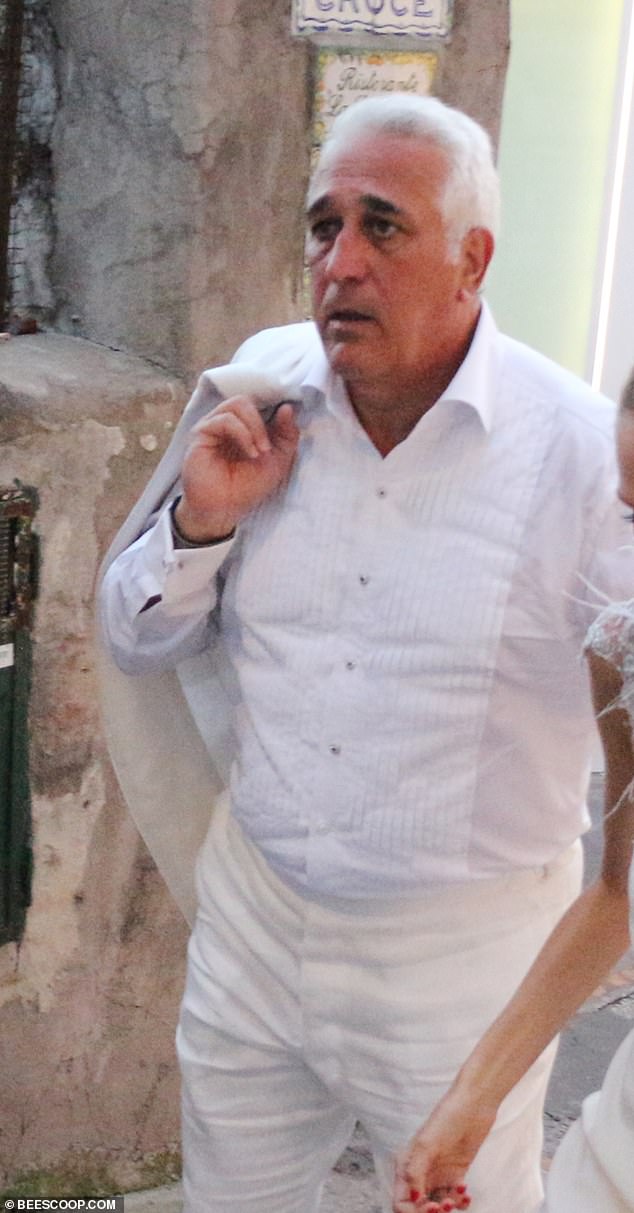 4 Jul 22
Expensive restaurants have always been a tourist attraction in Rome. The capital city of Italy is…
Lifestyle
0