We have a birthday in the house!

To commemorate Betty White‘s 98th birthday, her The Proposal co-stars Sandra Bullock and Ryan Reynolds joined forces to celebrate the beloved actress. On Friday, the Deadpool funnyman shared a compilation video he had recorded with the Oscar winner, where they sang a hilarious rendition of “Happy Birthday.”

Kicking things off, the duo took turns singing the classic tune. Then, things got a little competitive towards the end. After Ryan sang, “Happy Birthday, dear Betty,” Sandra chimed in with, “From Sandy, who loves you more than Ryan.” Wanting to one-up the Bird Box star, he added, “From Ryan, who loves you so much more than Sandy.”

As Sandra continued with the rest of the song, Ryan took a moment to showcase his deep bond with the Golden Girls alum. “What does Sandy do for you every year?” he said into the camera. “I mean, does she, like, hand-deliver flowers for you and wear nothing but black socks and a dozen gold bracelets, just like you requested? Doubt it.”

Ending the video with a sweet “I love you,” a “Happy 98th Birthday Betty” graphic displayed on the screen as the iconic Golden Girls theme “Thank You For Being A Friend” played.

Trolling loved ones in honor of their birthdays has become Ryan’s specialty. For wife Blake Lively‘s 32nd b-day, he gave his better half a shout-out on his Instagram. But, in true Ryan fashion, only posted pictures where the Gossip Girl alum appears blurry and unprepared for the shot. 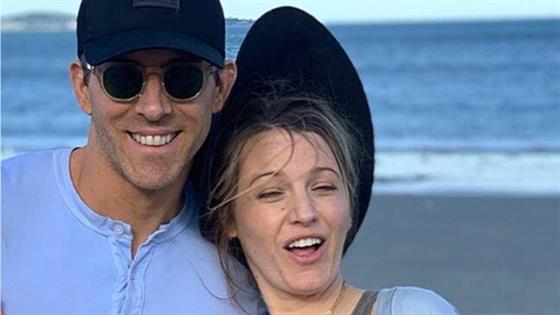 But fans of the longtime couple know that affectionate trolling has become their thing. When it was the 6 Underground star’s birthday, Blake shared a picture of her adorably picking his nose, writing, “I picked a good one. Happy birthday @vancityreynolds.”

In the past, she hilariously posted a picture of herself with Hollywood’s other leading Ryan (Ryan Gossling, that is) to celebrate her hubby’s birthday. Don’t worry, the Detective Pikachu star was in the pic too, but strategically cropped out.

When asked to explain the origins of their epic trolling war during a visit to Live with Ryan and Kelly, Ryan said, “It’s sort of like what my dad used to say, ‘If you can’t say anything nice, say something embarrassing.’ So, that’s sort of how we roll.” 26 Jun 22
Tantrums and tiaras: LOUISE FENNELL reveals the hilarious story behind her marriage to the King…
Lifestyle
0