A shopper visiting the city of Worcester was left bewildered over his encounter with a tiny escalator.

Visiting Crowngate Shopping centre, the man was wandering around the store when he came upon a mini-sized escalator the equivalent height of six steps.

He couldn’t believe the effort needed to install such a small moving stairway when there were two sets of stairs located either side.

The snap of the escalator ended up sparking a debate over how necessary it was, with some people saying those not fully able to manage stairs were appreciative of them. 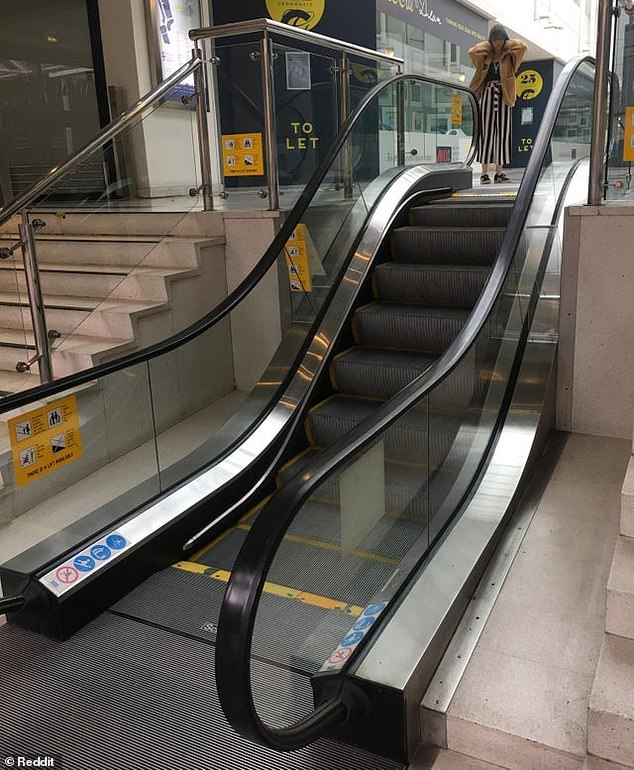 Shared on a Reddit thread the original poster explained: ‘I’ve seen [small] lifts before quite a few times it was just so amusing seeing the tiny escalator.

He added: ‘I’ve never seen an escalator that short.’

One person replied: ‘The lifts are great for wheelchairs. But as a non wheelchair user yet disabled, you feel like a right plonker on them. These escalators are so funny tho. I do always giggle when I see them. I’ve seen one that’s literally 3 steps before. So funny!’

Others agreed that it was helpful for people to access different levels: ‘Very short escalators are good for people with mobility problems, because stairs are c****. You might be able to get up a short flight but it’s difficult/risky/slow/hurts. Specially if you’re lugging shopping[sic].’ 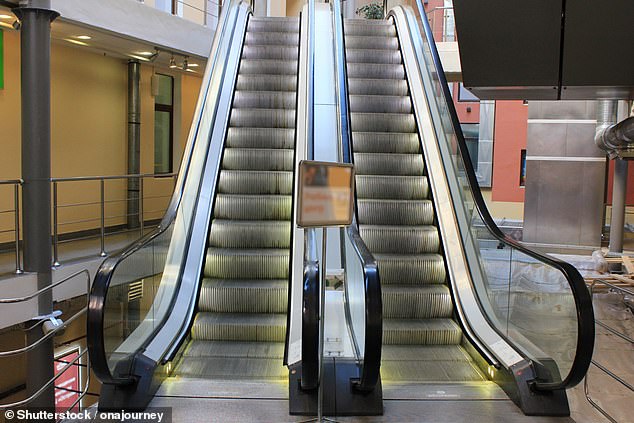 Escalators tend to cover different floor levels in stores and building, as well as all around underground stations in London

Discussion brewed over why the centre had chosen the escalator instead of a ramp: ‘If you’re worried about people who can’t make those stairs surely a (less steeply inclined) ramp would work better?’

The original poster agreed this was their first thought as it would be’ cheaper to maintain’ but another added: ‘Yeah but not at that angle. You’d have to have space for a longer ramp, or space to zigzag it.

‘The escalator does look daft and the ramp seems like a better solution to me too, but they must know something we don’t to go through the effort.’

One shopper offered: ‘Different disabilities have different needs. I do not use a wheelchair, and sloping ground such as ramps are very difficult for me.’

It was too baffling for some who didn’t understand why it was an issue, as others clarified it was because it was ‘abnormally small’.

‘Those lifts feel like they’re mocking me because they’re so slow. Watching 20 people go past on the stairs while you gradually go down just a few feet,’ said one.

‘One day it will grow up to be a big escalator,’ joked another.