Luke has an unexpected reaction when Kayla reveals she’s pregnant with her third baby in this sneak peek at the Nov. 23 episode of ‘Teen Mom: Young & Pregnant’.

Since starting counseling, “things have only gotten worse between us,” Kayla Sessler says of her and boyfriend Luke in this EXCLUSIVE sneak peek at the Nov. 23 episode of Teen Mom: Young & Pregnant. “On top of everything, I just got some really shocking news and I’m not sure I can handle it.”

“So… I’m pregnant again,” Kayla, who’s already a mom to two children, admits in the nearly-three minute clip above. “I had just gotten my IUD removed because I was having severe anxiety from it. Getting off birth control made sense at the time, and I wasn’t planning on getting pregnant again. Especially because my relationship with Luke has been so rocky.” 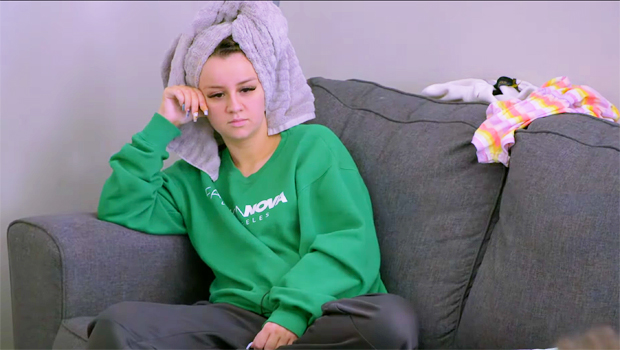 “When I told Luke, the first thing he said to me is it wasn’t his baby,” Kayla says. “He accused me of cheating on him with my ex, Ryan. And then he changed his tone really quick and apologized and said he shouldn’t have said that. And we haven’t really talked much about it since then.”

“This pregnancy couldn’t have come at a worse time,” Kayla continues. “And even though Luke has apologized for accusing me of getting pregnant with Ryan, I think he still has doubts.”

Kayla later admits to Luke that she wishes this pregnancy “happened a few years down the road”. But since it’s the first time they’re actually talking about it since his outburst, she asks him if he “honestly” thinks it’s his baby, and he says, “I don’t know”. To see how she reacts, and more, watch the full preview at the top of this page. 17 Mar 21
One of the most polarizing characters on The Bold and the Beautiful is Thomas Forrester.…
Lifestyle
0