Strange footsteps in the night. A menacing presence followed by unexplained bruises. And a little girl peering out from the corner of a boarded-up room.

On an uncharacteristically sunny winter’s day, in a place called (fittingly, it seems now) Terror Twilight, Tyrone Wright, aka street artist Rone, is telling ghost stories. The buzzy Collingwood eatery fades into the background as Rone evokes the mysteries of Burnham Beeches, the art deco mansion in which he staged Empire – his most ambitious work yet – earlier this year.

Almost 30,000 Melburnians made the 45-minute trek to Sherbrooke during the immersive seven-week exhibition to see rooms transformed by haunting portraits, period props and faded floral installations in a show that brought some people to tears and left others with goosebumps, much to the surprise of its creator.

‘‘There were a lot of people who got quite emotional, and were crying,’’ Rone says. ‘‘One woman had recently lost her sister and Empire was a story about a woman who is now gone. It tore her apart, she was really upset.

‘‘This is something I’ve had to deal with a couple of times – the emotional responsibility that I have as an artist. I’m not quite sure what to do with it sometimes.’’

Dressed in paint-spattered clothes and a black beanie, Rone tells me he is a regular at Terror Twilight – with its self-proclaimed ‘‘good vibes and good food’’ – because it’s just down the road from the warehouse he shares with a group of fellow artists. The name Terror Twilight comes from an album by American indie rock band Pavement and refers to the time between sunset and dusk when most car accidents happen. 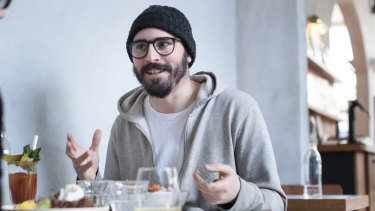 Street artist Rone tells some of the ghost stories that emerged during Empire.Credit:Simon Schluter 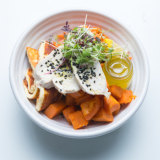 As the weekday traffic crawls past outside, Rone makes his four-part selection from the Bowls and Broth half of the menu, building a combination of ancient grains, sweet potato, kimchi, haloumi, chicken and lemonette dressing.

I take the easy option with a ready-built dish from the all-day breakfast menu: haloumi, green cabbage and zucchini fritters with poached eggs, sweet potato crisps and avocado. 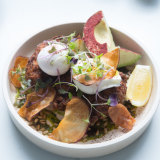 They’re good-looking dishes, colourful and tasty and sure to satisfy any nutritionist’s wholesome checklist.

Having initially said no to alcohol – ‘‘I feel like I’m working and I shouldn’t’’ – Rone relents and orders a Bloody Mary that looks as healthy as the food, topped with various bits of greenery. He’s calling it a ‘‘celebration drink’’, having just taken ownership of a new workspace he’ll share with a fellow artist, an own-your-own buffer against Collingwood’s rising rents. The purchase, he jokes, ‘‘feels very adult’’.

Apart from property hunting, what else has Rone been up to since the end of Empire? Earlier this month, he appeared at the Creative State Summit, a government initiative that invites local and international speakers to reflect on best practice and emerging trends across a range of endeavours.

During his 20-minute talk about immersive art, Rone bemoaned the bureaucratic hurdles that sometimes stifle creative projects such as Empire.

‘‘Often, the things that will stop me doing a project will be the boring things, like public access or parking,’’ he says. ‘‘If there are ways to create exemptions for these sorts of projects, that would be amazing and also incentives for building owners to let these sorts of things happen.’’

Happily, parking wasn’t an issue at Burnham Beeches, the slightly dilapidated mansion built by Aspro magnate Alfred Nicholas in the 1930s and later expanded and variously used as a hotel, children’s hospital and research facility. Surrounded by lush, European-style gardens, it seems the perfect setting for evocative tales of elegant country weekends, family fortunes built and lost, and the spirits of those who never left.

Rone tells me about a friend of his who was proudly dismissive of all things supernatural until she spent a night at Burnham Beeches during its year-long transformation into Empire. Her coffee cup was moved. She heard footsteps in the night. Lights went off in another part of the building. And unexplained bruises appeared following an uneasy night in which she had the sensation of being pinned down. ‘‘She is mortified that she has a ghost story now, things that she cannot explain,’’ he says.

Later, when a woman who had been a receptionist at the former hotel visited the show, she told of a Japanese couple who hastily departed after a terrifying episode in which they felt a weight pinning them to the bed.

And then there was the little girl. In a long passageway in the house, Rone and his fellow Empire creators had boarded up a series of rooms, drilling holes into the boards through which shafts of light criss-crossed the gloom.

‘‘We had an attendant at the back door and this little girl, she was like 11, and she said to the attendant, ‘is there meant to be a girl in that room?’ ’’ Rone says. ‘‘The mum came back with her … and said ‘sometimes she sees spirits, it’s happened before’ …

‘‘So they go back to the room and they’re all looking through the holes, and she’s like, ‘yeah, she’s still there but she’s in the corner and she’s looking at me now’… she was like, ‘really mum, you can’t see it?’ ’’

Later that day, a descendant of Alfred Nicholas visited the show and asked if the attendants had heard about the ghost – the young daughter of one of the family servants.

‘‘The weird thing is that the room she was in wasn’t there at the time,’’ Rone says. ‘‘It was where the pool was.’’ 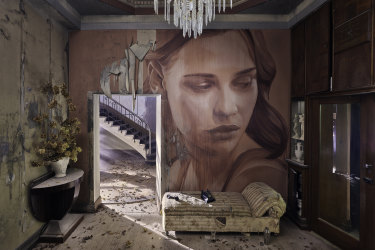 A painting of actor Lily Sullivan amid the artfully arranged abandoned interior of Burnham Beeches.Credit:Rone

The Empire experience became something of a phenomenon following its opening in March. Sessions quickly sold out and when a small round of new tickets was released late in the season, they were gone in minutes. The buzz was understandable. Rone’s oversized portraits of actress Lily Sullivan loomed over rooms steeped in faded glamour. Music sheets and leaves littered the floors. A carefully constructed pool of black water partly engulfed the library. And a massive dining table, coated in dust and festooned with dead flowers, seemed set for Miss Havisham’s evening meal.

Rone admits to feeling sad when it came time to pack up the show but says transience is an essential element of his work.

‘‘The awareness that it’s going to be gone is part of the work, part of the tragedy,’’ he says. ‘‘It encourages people to take a photograph, document it … Working on the street, I’d do a lot of posters … as they started to fall apart, the fragility became part of the beauty and that’s what I started to explore further.’’

It was on the streets that Rone developed his signature style, painting dreamy female faces – his so-called ‘‘Jane Does’’ – in answer to the more masculine and sometimes violent imagery around him.

‘‘The work that my friends were putting up was superheroes, villains, aggressive, masculine kind of things,’’ he recalls. ‘‘The key image for me was the Jane Doe. It was interesting to see this calming beauty against this screaming vampire. It spoke louder, I think … that whole story started for me there. It’s something that people can connect to emotionally a lot more. A lot of the portraits have very subtle emotions, there’s a depth to it. You try to imagine what they’re thinking. 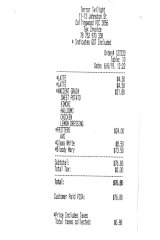 ‘‘There’s so much art that feels very elitist, and you have to have read a thesis to understand it. We like to make work … where you walk in and you get it instantly.’’

From painting his Jane Does onto walls around Melbourne, and later, abroad, Rone’s projects have grown increasingly ambitious. An abandoned factory, a rural silo and a derelict house in Alphington became his canvases. But the scale of the Empire project went far beyond anything he had done before. How can he possibly top it?

There is no shortage of possibilities. Along with plans for a survey show at Geelong Gallery next year, there have been discussions with the State Library – ‘‘they’ve got some amazing spaces’’ – and Scienceworks. Offers have also come from further afield.

‘‘A lovely couple from Townsville have an old pub that’d been sitting there for 25 years and no one’s been in there. It’d be amazing but it means I’d have to move to Townsville for a year … The commitment is huge … I wouldn’t want to do it halfway. I feel that I have to keep growing.’’

It might be a long way from the inner-city streets where he first honed his art, but somewhere out there is a wall just waiting for Rone.

A survey exhibition of Rone’s work will be shown at Geelong Gallery in 2020.