Reserve Bank governor Philip Lowe may not admit it, but he and Goldilocks of three bears fame share a goal.

The little girl-cum-housebreaker’s aim was to eat porridge that was just the right temperature, find a chair without breaking it and end up in a comfortable bed.

Lowe aims to get the economy growing at a pace that’s not too hot (stoking a surge in inflation) and not too cold (leading to mass unemployment). 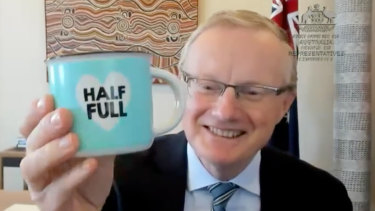 A storyteller might call it the economic sweet spot. A central banker is more likely to call it the point where the official cash rate is at its “natural” level.

“Let’s hope the answer is at least 2.5 per cent because that’s what we want to deliver you on inflation on average,” he said. “So a 2.5 per cent cash rate would be zero real (after inflation). I’m hopeful that we can do better than that.”

The official cash rate is just 0.1 per cent, translating into mortgage rates of a touch over 2 per cent (and virtually nothing for savers).

To get to the Goldilocks point, the Reserve Bank bears require a 2.4 (if not 3.4) percentage-point increase in the official cash rate.

The question is whether that can be done in a world of record levels of household debt, of falling productivity, of huge government debt – or has monetary policy been irreparably damaged by the efforts to save the economy from the coronavirus recession?

The cash rate is the key way the Reserve Bank influences the Australian economy. It works through borrowing and saving interest rates set by banks which flows through to consumers and businesses.

Prices of assets – such as houses or shares – are heavily influenced by the cash rate. Low interest rates enable people to borrow more and also encourage investors to seek out products that deliver better returns.

Famously, the RBA took the cash rate to almost 17.5 per cent in early 1990 to kill inflation which was approaching 9 per cent. Since then, interest rates here and across the world have been on a downward trend, as has inflation.

Between 2005 and 2009, including the global financial crisis, the average cash rate stepped down to 4.3 per cent, ranging between 7.25 per and a-then-record low of just 3 per cent.

This decade’s average has been just 0.19 per cent.

Now, with the global economy on the mend and inflation picking up, financial markets expect central banks like the RBA to start lifting interest rates. By the end of next year, those markets believe the cash rate will be around 1.25 per cent and by December 2023 at 2.5 per cent.

But by how much can the RBA lift the cash rate without tipping the economy into a recession?

Respected independent economist Saul Eslake notes that the household debt servicing ratio peaked in the June quarter of 2008. At the time, the official cash rate was 7.25 per cent. 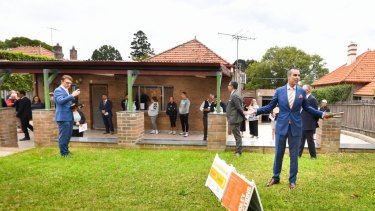 The average mortgage has soared by more than 120 per cent in Sydney and Melbourne since the June quarter of 2008. Wages have climbed by 55 per cent.Credit:Peter Rae

Eslake estimates that today, given the huge increase in household debt, to reach the same debt servicing ratio would require a cash rate of just 3 per cent.

Average wages have increased – in both NSW and Victoria – by 55 per cent. But the size of the average mortgage has increased by 128 per cent and 121 per cent respectively.

This is where the monetary policy rubber hits the road. With households carrying so much debt, even a small increase in official interest rates will have a large economic impact. Lowe admits it.

“The fact that debt levels are quite high at the moment means that interest rate increases will be quite effective because people have more debt,” he said in early November.

“So the cash flow channel is more effective when people have more debt.”

RBA assistant governor Luci Ellis this month talked up the economic future as the world recovered from two years lost in a maze of masks and Ivermectin conspiracies.

“Whether the global economy finds itself on a path to a Roaring Twenties or a post-pandemic malaise depends on the choices that many of us make,” she said. 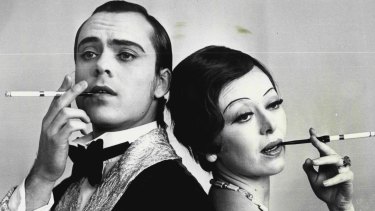 RBA assistant governor Luci Ellis says Australia could be on the cusp of a repeat of the Roaring Twenties.Credit:Central Press Photos

“These will in turn depend in part on the stories we tell ourselves about the experience and the lessons we learned. And one of the stories we could tell and lessons we should learn is that, actually, people and firms can adapt and have done so.”

One reasons for Ellis’ confidence is that there’s plenty of cheap money about and demand is bouncing back.

That does not necessarily mean the economy is in rude health. It is being supported by record low interest rates, central bank money printing and huge budget deficits.

If early 19th English textile makers had their way, the industrial revolution would have ended with small workshops still making a small number of expensive pieces of clothing. 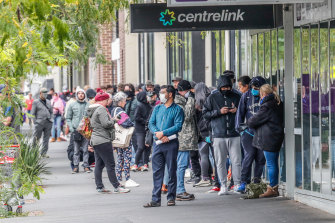 Recessions can “cleanse” an economy of low productivity firms, but at a cost to employment.Credit:Jason South

Productivity Commission chairman Michael Brennan noted earlier this year that business insolvencies in 2020 were a third lower than in 2019.

“Every recession is painful, but some have the consolation of a cleansing effect – where low- productivity firms exit and high-productivity firms stay in business – which can set the economy up for faster productivity growth in the recovery, as occurred in the 1990s (for a range of reasons),” he said.

“Hence, we will no doubt see some reallocation of resources across the economy. Whether we see a productivity rebound due to significant exit of low productivity firms is less clear.”

Low interest rates do encourage people with money to search for new investments that offer them better rates of return.

Across history, people have sunk money into “assets” absolutely convinced there was a future in them.

From the Dutch tulip mania of the 1630s and the South Sea Company disaster a century later to the Japanese land bubble of the 1980s, there is no shortage of examples of investors and their money being parted by reality.

Countries everywhere have seen cheap money funnelled into housing, shares and increasingly cryptocurrencies such as Bitcoin and Ethereum.

Carolyn Wilkins, who sits on the Bank of England’s financial policy committee, this week noted that the rise of cryptocurrencies was closely linked to interest rate settings.

“Bitcoin serves as a speculative asset rather than money, and is at least in part a symptom of the prevailing low interest-rate environment and search for yield,” she said.

“That is why, in many jurisdictions, individual holdings are viewed as investments and subject to capital gains tax at disposal.”

Blockchain technology that enables cryptocurrencies may deliver economic advances. But supporters of synthetic collateralised debt obligations made the same claims before the Global Financial Crisis revealed them to be little better than legalised betting. 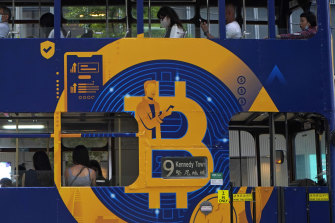 Cryptocurrencies such as Bitcoin have been aided by record low interest rates.Credit:AP

World-renowned American economist Robert Gordon has argued for some time that the slowdown in productive advances over recent decades is a result of something no central bank can change.

Gordon says the modern world was created between the end of the US Civil War and about 1970. Electricity, the internal combustion engine, the lightbulb, antibiotics, powered flight, the phone, the television, the computer – all were invented in that century.

Sure, today we carry a television and computer in our pocket, but it’s a continuation of a revolution started in the 1930s.

According to Gordon, the 1870-1970 period is unparalleled in world history. As a globe, we became far more productive and wealthy. But unless Elon Musk sets up residence on Mars and discovers a new form of life that changes our understanding of physics and biology, the best days of life-transforming innovation are behind us.

Even those now extolling the virtues of green hydrogen as some sort of miracle have to concede that ultimately all they are doing is coming up with a better way to turn to channel electricity to our businesses and homes (and maybe vehicles). The real breakthroughs were made by Bell, Edison, Westinghouse, Siemens and Tesla.

It may seem a long bow to draw between the invention of electric lightbulb and monetary policy settings.

But the Reserve Bank, along with every other central bank, is in a new world. Never before have they had to consider how to “normalise” interest rate settings from record low levels at a time of high household and government debt. Often, central banks own much of that government debt – the RBA holds more than $300 billion while the US Federal Reserve holds $US5.6 trillion.

EY chief economist Jo Masters says lifting interest rates to a more normal level is achievable. But it requires a lift in productivity which can then pave the way for higher wages, which then gives households the ability to pay down their debts. 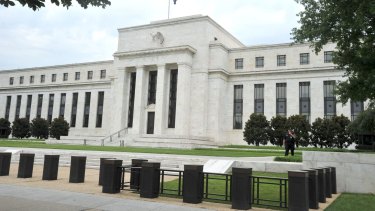 The US Federal Reserve holds $US5.6 trillion in American government debt.Credit:AFP

Those would be the productivity gains that Gordon and others say are not coming any time soon.

Former Reserve Bank of India governor Raghuram Rajan this week used an essay on the state of monetary policy to note the dangers ahead for the US Federal Reserve and the American economy.

“Anticipating loose monetary-policy and financial conditions for the indefinite future, asset markets have been on a tear, supported by heavy borrowing. Market participants, rightly or wrongly, believe that the Fed has their back and will retreat from a path of rate increases if asset prices fall,” he wrote.

Central banks, starting with the RBA, have to find a way to start lifting interest rates, giving them the ammunition needed to deal with future economic trouble. And they have to do it with economies addicted to cheap cash while carrying huge debt.

Goldilocks found it easier to find a comfortable bed and chair plus porridge in the bears’ house.

15 Dec 20
His place in history is tied to that of President Donald Trump, because he did…
Lifestyle
0 14 Apr 21
Oh, what an awkward situation for the Duchess of Sussex, and one for which no…
Lifestyle
0