The rising cost of living is prompting city dwellers afresh to consider a sea change, drawn by cheaper housing and strong job prospects even after lockdowns ended.

Migration from capital cities to regional areas over the past twelve months averaged a level 15.1 per cent higher than in the two years before COVID-19 hit, the Commonwealth Bank and Regional Australia Institute’s Regional Movers Index for the September quarter found. 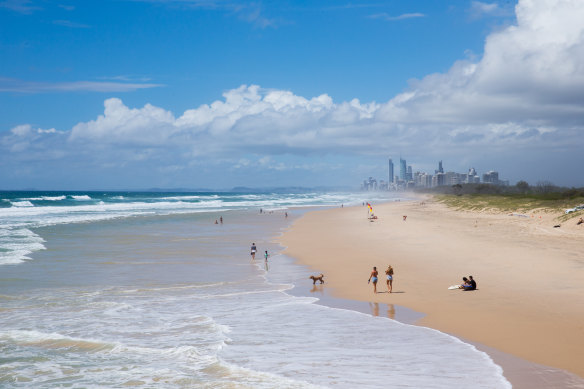 The Gold Coast was the most popular destination for sea-changers over the past year.Credit:Department of State Development, Infrastructure and Planning.

The latest level of tree-change moves is 7.2 per cent lower than a year earlier when city dwellers were fleeing lockdown, but the figures show the pandemic tree-change trend has only eased, not disappeared.

“We’re seeing the trend to tree change, in our view, largely because of affordability,” she said. “Australians have more choice than ever before, and they are voting with their feet.”

The largest share of moves were to major regional centres nearby capital cities, led by the Gold Coast at 11 per cent of moves in the year to September, followed by the Sunshine Coast (6 per cent), Greater Geelong (4 per cent), Wollongong (3 per cent) and Newcastle (2 per cent).

Ritchie said these areas are popular because of their proximity to capital cities, public transport and road connectivity, and amenity.

Ritchie said some of them are close to larger centres but more affordable, such as Dardanup which is near Bunbury and the first time Western Australia made the top five.

“There’s housing availability, but it’s also a beautiful part of the world,” she said.

“Mt Gambier’s been on our list consistently … they’ve been really strategic about their growth trajectory.”

The report comes as housing prices have skyrocketed in many regional areas since the pandemic began and city residents who could work remotely moved to the country or coast, putting pressure on locals looking to buy or rent.

Regional communities need to create more diverse housing options, such as one- and two-bedroom homes, she said, calling on local and state governments to think strategically about housing supply.

The report, in conjunction with the Commonwealth Bank, measured relocations among the bank’s 10 million customers.

Commonwealth Bank executive general manager for regional and agribusiness banking Paul Fowler said more people are choosing a life in the regions amid the strong economy there.

“We know that we’re in an inflationary environment at the moment, our cost of living is increasing, and regions do offer more affordable living options in terms of the cost of housing and other things,” he said.

“There’s a real shortage of labour in the regions … [and] there will undoubtedly be an element of people with more flexible arrangements being able to work for city-based organisations.” 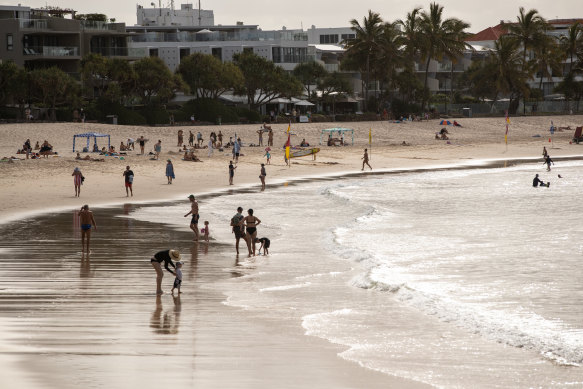 Noosa, on the Sunshine Coast, has been a popular spot for southern buyers.Credit:Attila Csaszar .

Retail, healthcare, agriculture and other industries have plenty of jobs on offer, he said.

Job vacancies have jumped by at least one-third over the past year in each of the five most popular destinations by share of moves, and as much as 50 per cent in Geelong and the Surf Coast, the report said, citing the National Skills Commission.

“I can barely recollect spending time with a client and labour shortages not being a key point of contention for their business,” he said.

“We know jobs are being created. We need the housing and social infrastructure to support those growing communities.”

This story has been updated to clarify at first mention that the index is from the Commonwealth Bank and Regional Australia Institute. 15 Aug 22
The THREE questions you should ask yourself to determine if your partner is 'the one':…
Lifestyle
0