The UFC's most controversial champion was arrested Thursday on suspicion of driving while intoxicated, negligent use of a firearm, and failure to provide insurance, according to multiple reports.

Arrest reports obtained by MMA Fighting show that Jon Jones, the current UFC light heavyweight champion, was arrested by Albuquerque Police at 01.01 a.m. local time on Thursday. He has been released from custody but is to appear in court on April 8, the repo

A police officer arrested Jones over after hearing a gunshot, and finding the fighter and a "quarter-full open bottle of alcohol" in a parked car, according to CNN. The officer found a loaded handgun underneath the driver's seat and a spent bullet.

"As part of the investigation into this incident, our Gun Violence Reduction Unit will test the firearm and bullet casing to determine whether the gun has been used in any crimes," Gilbert Gallegos, a spokesman for the Albuquerque Police Department, told CNN.

"Reducing gun violence in Albuquerque is our top priority."

MMA Fighting added that Jones told police officials he had been driving earlier in the night and would drive again later, yet "performed poorly" in sobriety tests.

He was also arrested on suspicion of having an open container of alcohol in the car.

The UFC is aware of the situation. 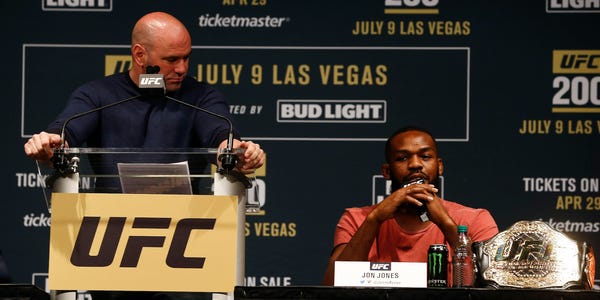 "UFC is aware of the situation regarding Jon Jones in Albuquerque early this morning," a spokesperson said in a statement given to ESPN.

"The organization has been in contact with Jones' management team and is currently gathering additional information."

It is not the first time Jones has been arrested. 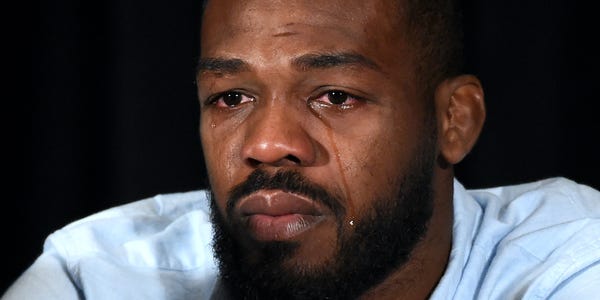 As a martial artist, there are few throughout the sport's history who are as talented or as decorated as Jones, a Gaidojutsu black belt, expert wrestler, and long-range striker with a record of 26 wins (10 knockouts, 6 submissions, and 10 decisions) against just one loss — a disqualification.

But away from the cage, Jones is never far from controversy.

In 2012 he was arrested on a DWI charge and bailed out by his mother.

In 2015, he was alleged to have been involved in a car collision where he fled the scene, leaving a marijuana pipe in his car and an injured pregnant woman in another vehicle. He later pleaded guilty to leaving the scene of an accident.

Last year, a waitress at a strip club alleged that Jones slapped her, put her in a chokehold, and kissed her neck. Jones pleaded no contest.

He has also tested positive for a banned substance multiple times.

When the news broke on Twitter, a UFC athlete mercilessly trolled Jones.

Colby Covington, a UFC welterweight, said Jones is bringing normality back to a world gripped by the coronavirus pandemic.

The UFC middleweight champion Israel Adesanya made a series of posts on Twitter and highlighted an old video of him roasting Jones.

MMA content creator Michael Morgan retweeted a meme Jones posted a week ago, which has now come back to haunt him.

Khloe Kardashian has responded to the 44-year-old TV personality's commentary video by saying, 'I freaking love you!!!!!…you are awesome! That...