When April Lee and Renee Wong met in their first year of secondary school, it was more of a ‘slow burn’ than an instant connection.

They spent time together out of ‘convenience’, but slowly, a connection built.

Soon enough, they were best friends. Now, they describe themselves as ‘platonic life partners’ – but what does that actually mean?

‘A platonic life partnership to us is having the emotional intimacy and accountability of a best friend, with the commitment like that of a marriage; in terms of domestic and financial partnership, starting a family, choosing each other as first of kin,’ April, a 24-year-old creative producer, tells Metro.co.uk. ‘We don’t have a sexual relationship.

‘And although we both romanticise our partnership, we aren’t “romantic” in the secular sense of the word.’

So essentially, it’s like the traditional notion of coupledom that we imagine – just without the romantic or sexual bit.

The pair now live together in Los Angeles. They make decisions – financial and otherwise – together. If Renee or April want to start a family, they plan to do it together.

They love each other deeply – just not in a typically romantic way.

‘I love how April’s mind works and how she challenges me, but still is a safe space to make mistakes,’ says Renee, who works as a project coordinator for a digital marketing agency.

‘I love Renee’s mind and how unpredictably funny she is,’ says April. ‘Her empathy is also infectious and reassures me it’s okay to feel things very deeply.’

The primary difference between their bond and a usual friendship is commitment.

April explains: ‘It’s commitment put into action. We put each other above romantic partners, other friends and even our biological family – because this is who we are building a future with. 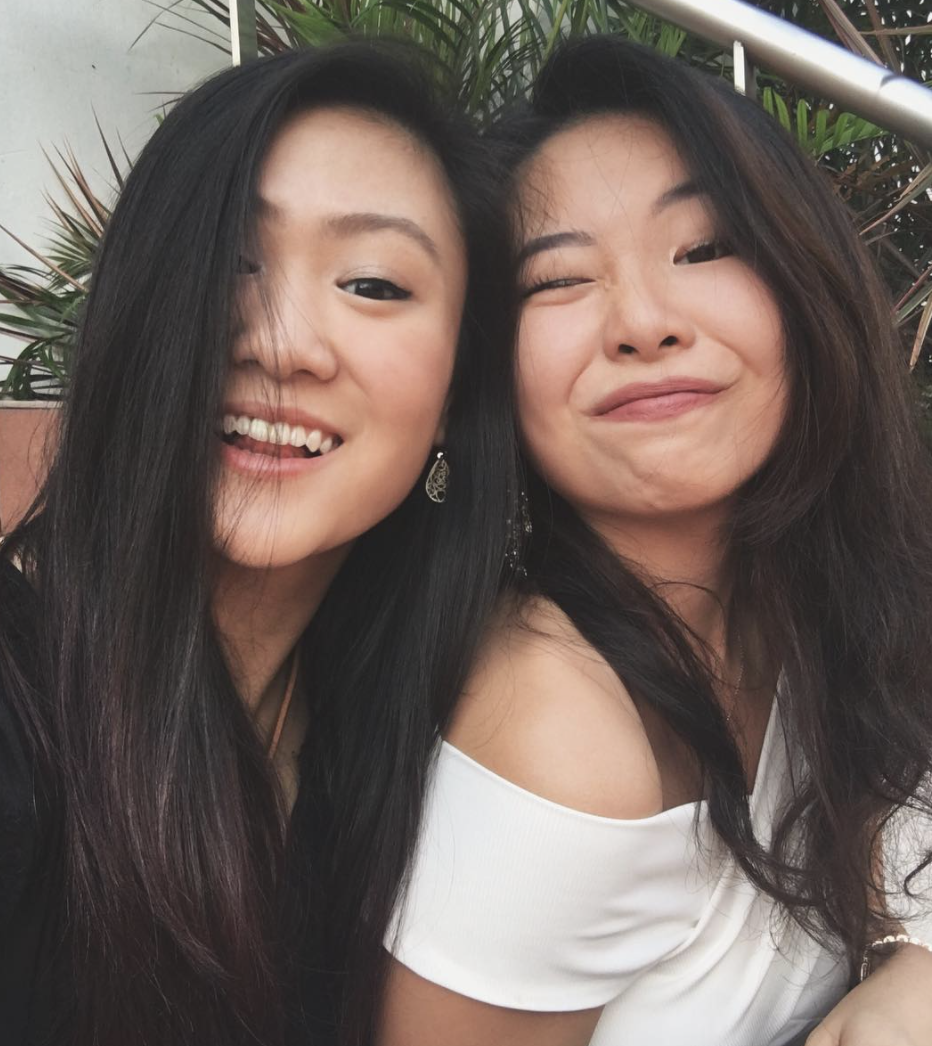 ‘We commit to being each other’s future. If we were to start a family, it would be with each other.’

The decision to go from friends to platonic life partners felt like a natural progression – especially after a stretch of time spent far apart.

When the pair were 19, April moved from Singapore (where both are from) to LA to attend college.

They stayed in touch across the distance, and realised just how important this bond truly was.

‘Although we spent a lot of time apart physically, we always had a deep connection that anchored us,’ April notes. ‘Growing separately as individuals made us feel like we had more to give to each other instead of drifting apart.

‘We made sure that the time we were able to spend with each other, we were both present and being intentional about building each other up; not just catching up as old friends, but actively contributing to each other’s growth. Not just asking “What’s been going on with you?” but also “What have you learned from it?”.

‘I think we all have friends that we “update” on the going-ons of our lives but Renee and I always had a significant role in actually moving the needle for each other. And that includes healing past traumas, figuring out our next career moves, encouraging each other to do better.’

After years apart, the pandemic hit and Renee realised that after graduating from university in Singapore, she didn’t see a life there. She craved April’s company and April craved hers.

Soon the friends realised that neither really craved a typical setup: marriage and kids with a romantic partner.

Instead, they wanted what they already had: being their best selves with each other.

‘The emotional commitment came first, and only when Renee moved to LA did we see all the logistics come together,’ April explains. ‘We felt like we were each other’s “person”, but then later found out we were also incredible roommates, financial and domestic partners, and even worked well together creatively.

‘From early on in our friendship, we were already calling each other “soulmates” or “twin flames”, because we felt that our connection was special.

‘It was kind of a natural transition. It made sense. We decided that whatever our “next step” would be, we would do it together.’

From that point began a job search so Renee could move to LA to be with April. That was a success, and now the duo live together in platonic bliss.

They’re true proponents of the concept of platonic life partnerships, and now share much of their life on TikTok to spread the knowledge.

April says: ‘Being platonic life partners opens up my world. It frees me to chase all my academic and career goals without being tied down, but still have the security of lifelong companionship.

‘It also allows me to pursue romantic interests at a natural pace, without the pressure of it leading to marriage or settling because I’m lonely. I think it’s actually improved my dating life by leagues. I kind of feel like I can have it all.’

That’s an important thing to note: both April and Renee are free to date other people.

Both bisexual, April has a romantic partner who lives in New York, while Renee is single and dating casually.

April’s partner has been ‘very supportive’ of her platonic life partnership, while Renee believes their setup allows her to date better.

‘I think the people we attract are either understanding of or curious about our arrangement,’ Renee tells us. ‘It also takes the pressure off the expectations of the relationship, and lets us focus more on the romantic connection itself.

‘I love the security and aspect of companionship being in a platonic life partnership brings. It opens me up to more opportunities, knowing I’ll always have someone to go back to.

‘And even for friendship, I’ve become more intentional about the people I bring into my life; that they add to it and are not just there out of convenience or because I’m lonely.’

‘We are both huge hopeless romantics,’ adds April. ‘I think one of the most important things this partnership has taught us is that we don’t have to choose our life partner based on how much we romantically love them. It’s a whole other set of criteria!

‘Someone could be the most amazing lover but a shitty roommate or unreliable financially – or maybe even have different values from you that don’t seem like they matter now when you’re in love but later become huge points of contention when you’re trying to start a family.

‘Having a platonic life partner takes the pressure off our romantic pursuits. We’re able to see and love our romantic partners for who they are now and not the potential of what they could be to us down the road.

‘The typical way of dating requires that your romantic partner tick all these boxes; they have to be your best friend, your lover, your financial support, a potentially good parent, a good roommate… all because when you’re looking for a lover, you’re also looking for a life partner.’

For now, Renee and April are enjoying this moment of joy in living together.

Future-wise, they’re in the process of getting a joint credit card (and are ‘very excited’ about it), and considering legal recognition of being each other’s first of kin – whether that’s marriage or a domestic union.

‘We love the idea of a ceremony to express our commitment and love for each other,’ says April.

‘This has been the healthiest, most stable and loving relationship either of us have had.’

15 Jun 20
If there is one 'non-essential' business people want to see reopen, it is hairdressers. From…
Lifestyle
0 29 May 20
Catherine, Duchess of Cambridge has seemed to be more visible with a number of royal…
Lifestyle
0