Sydney-born writer and performer Liz Kingsman has been heralded as the “new queen of comedy” and “the funniest woman in Britain”. But many people in her home country have probably never even heard her name.

In fact, having left Australia for the UK at just 19, Kingsman is only now returning for her first local show – and it’s going straight to the Sydney Opera House. 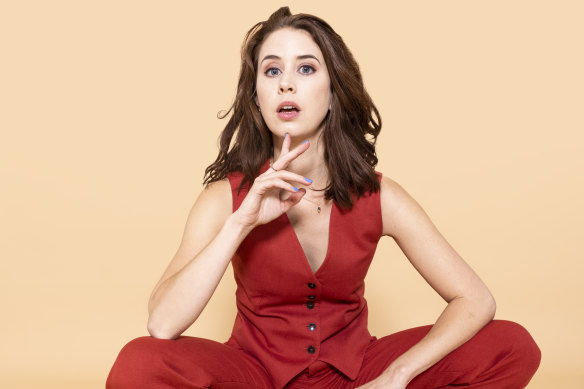 Writer and performer Liz Kingsman is bringing her much acclaimed One Woman Show to Australia.Credit:Will Brembridge

“I’m very, very excited,” she says. “But I have not engaged with the idea mentally in any capacity because it’s too ridiculous.”

Anyone who’s seen the show, however, would probably disagree. Kingsman’s breakout production, One Woman Show, is being called “the hottest ticket in London right now” and has earned unanimous five-star reviews from all major UK publications. In an Australian exclusive, it’s coming to the Opera House early next year after sold-out runs at London’s Soho Theatre and Edinburgh Fringe.

“The show keeps getting bigger in a lovely, lovely way,” Kingsman says. “But there is a large part of me that’s like … it’s not that good. Although I’m not allowed to say that because I really want people to come.”

Kingsman’s self-conscious nature is very in line with the show itself: a satirical, hyper-metatextual one-woman show about one-woman shows and millennial female storytelling more broadly.

“It’s not stand-up or a character or a play,” she says, when asked to describe the work. “It’s sort of like a fake theatre piece. It’s very absurd.”

A recent trailer for the work makes that much clear, featuring little else than Kingsman artfully obscuring her face with feathers and smoke, and a surprise appearance from Kit Harington (“from a marketing perspective, it is sort of better [to have him],” an arts marketer deadpans in the narration).

Though the production is most commonly interpreted as a send-up of Fleabag – Phoebe Waller-Bridge’s beloved one-woman show which coincidentally also rose to fame at Edinburgh Fringe and the Soho Theatre, then went on to become a critically acclaimed TV show – Kingsman is emphatic that its aim is much broader. The show instead draws its comedy from the shared tropes in all sorts of recent stories centred on young women.

“Obviously, there’s been lots of male-centred stories for so long, then suddenly there were all these new, creative female voices. And it was great! And everyone related to them. But I felt like some similar things were happening across them. And I found it funny.

“And the tropes aren’t exclusive to theatre. They crop up in a lot of novels written by women of a certain age that are very popular at the moment, TV shows, and even film as well.”

She won’t name names for fear of being seen as catty, but speculation might include the despondent heroines of Sally Rooney novels, the self-aggrandising characters of Lena Dunham’s Girls, Dolly Alderton’s hapless on-screen proxy Maggie in Everything I Know About Love, and yes, Phoebe Waller-Bridge’s titular Fleabag.

Coining the term “messy millennial woman”, The Guardian’s Rachel Aroesti noted that, for this generation, this has become the “default, one-note expression of womanhood”. But as Kingsman says, it’s also something that young women are acutely aware of.

“We’re just eating ourselves. Everyone is super aware of everything all the time.”

“One night this woman whispered to her friend during a silence in the show, ‘I feel so seen’ and it got a laugh from the audience. Even that phrase, ‘I feel so seen’. She was joking by even using that wording. We’re just eating ourselves. Everyone is super aware of everything all the time.”

This is something she’s seen from other writers and performers too, who have frequently left the show joking about throwing their new drafts in the bin: “I was scared of [the response within the industry] at the beginning. But luckily, the reaction to the show held my fears at bay because women can laugh at themselves.”

Sadly, this run at the Opera House will be Kingsman’s only scheduled performances in Australia. She’s now very busy with work in Europe, including a recurring role in Parlement – a funny TV series co-produced in France, Germany and Belgium that features fellow Australian Jane Turner (Kath & Kim) as a rowdy Brexiteer in European Parliament.

“Sydney’s the best place in the world to live,” Kingsman says. “Sometimes I think I should have stayed longer. But I knew I wanted to work in [entertainment] so I was like, ‘Well, I guess I’ve got to pack my bags and go.’” 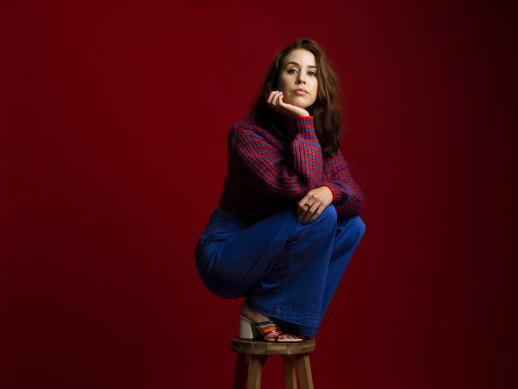 “The reaction to the show held my fears at bay because women can laugh at themselves,” Kingsman says.Credit:Will Brembridge

“It’s such a shame that I felt like there wasn’t enough opportunity – that I couldn’t have done all the things that I wanted to do if I remained in Sydney.”

Unfortunately, that’s a feeling many of our top young comedians share these days, with opportunities in television being particularly scarce. But hopefully, we’ll still be able to see Kingsman on our screens at some point in the future.

Perhaps, just as Phoebe Waller-Bridge did, Kingsman will one day get her own TV show.

“It’s very flattering,” Kingsman says of the frequently made comparison, choosing her words carefully. “But when you see the show … you’ll see why it’s interesting.”

One Woman Show is at the Sydney Opera House from February 1-19, 2023. Tickets go on sale from Friday, November 18. 9 Sep 22
DEAR DEIDRE: WHEN I pictured my retirement, I didn’t imagine that my entire family would…
Lifestyle
0

24 Aug 20
Why you may struggle to get gas for your barbecue or caravan: Calor REFUSES to…
Lifestyle
0