Want a real Freedom Day? Bin your bras like we have: Seventies feminists made it a burning issue. Now, like actress Gillian Anderson, thousands of women are swearing to ditch their ‘boob prisons’ for ever

The last year has seen us all relax the way we dress. But some women have taken this in an unexpected direction… by ditching their bras. Gillian Anderson swore she will never wear one again. She said on Instagram: ‘I’m sorry, I don’t care if my breasts reach my belly button, I’m not wearing a bra any more.’ Here three writers explain why they’ll be joining her and what their very own Freedom Day means to them.

NOW EVERY DAY IS NO BRA O’CLOCK

The one positive I have grappled from the last year has been my late adoption of that symbol of feminism, the burning of the bra. Well, okay, there’s been no actual bonfire, just a banishment of all things elastic to a deep drawer.

With nobody to impress during lockdown, while I may have been imprisoned within the four walls of my humble abode, other ‘prisoners’ escaped the confinement of their individual padded cells and finally tasted freedom. 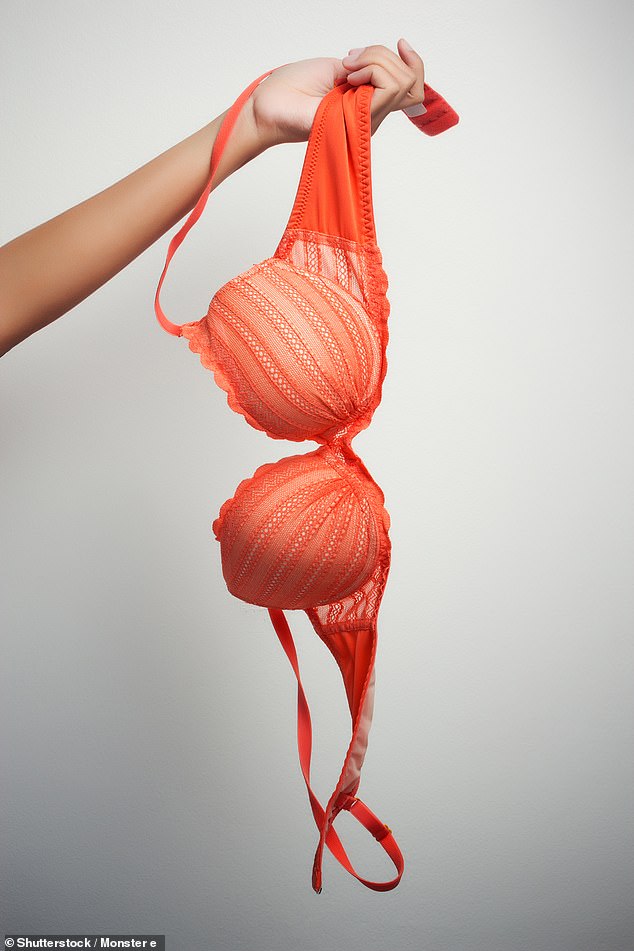 Three writers, who live in the UK, explain why they will be joining Gillian Anderson and no longer wearing a bra (file image)

I stopped wearing a bra. And it’s been a revelation, not least to my partner who hadn’t realised there was so much bounce in my life. Not since the girls were mere rosebuds on the otherwise barren terrain of my teenage chest, needing wads of tissues stuffed into my 30AA cups, have they known so much breathing space.

Admittedly, they are all grown-up now, with the tendency to block out the sun when hoisted in their Double Ds, but finally they are out and proud, if not exactly standing to attention. In fact, unencumbered by heavy-duty lycra, they tend to loll around a bit, keeping their distance but still happy, like an old married couple.

When I announced this decision to some of my younger cousins, they were aghast. You can’t let them out by themselves, they cried. What will you look like? I can answer that question. I look like a comfortable armchair. But comfort is the word here.

Welcome to droopy town, come on down. I’ve never felt so unfettered. I have a comic book figure, one where the chest slopes gently down to the stomach, undefined, and, yes, with more than a bit of a wobble. But I just don’t care.

No way am I going back to the T-shirt bra. Why? It’s an oxymoron. T-shirts are for ease of wear. Bras are not.

Out too are the push-ups; the minimisers; the balconies, the prickly froth and scratchy ribbon, or the underwire that leaves you with a welt round your midriff, and cups whose seams leave imprints on your skin so you are still wearing the things when you take them off. Now, every day is no bra o’clock.

And even though the discretion of Zoom calls from home is gone, I won’t be changing my ways. Freedom Day should mean something, to my boobs at the very least.

I may look like a superannuated hippy, but I figure the great thing about getting older and entering the invisible years is that I could probably wear a tin foil hat and nobody would notice me.

Only my partner is interested, and if other women judge me for not keeping my end up, then let them. Turns out the only support I need is someone to take the bins out. The girls can manage on their own.

My generously matronly bosoms are not going back in the harness. For exercise [hollow laugh], frankly I don’t move enough to merit anchoring anything down. The future awaits me, cushioned cosily inside an opaque shirt, singing the theme tune to Born Free. Pinky and perky they may not be, but I don’t give a toss. Well, maybe just a small jiggle.

I WAS SHAMED INTO WEARING A BRA

I’ve never had to wear a bra. I’ve felt I should because that’s what women did. That’s not a shout-out to my perfectly pert breasts, it’s just that they’re not that big.

I was originally shamed into donning one. Initially resistant to the concept in school, that all changed when I went to get a vaccine as a young teenager.

I realised I had foolishly worn a polo neck to the appointment so the nurse told me I’d have to partially remove my top. As I did so, she looked visibly shocked and disturbed at my exposed left nub of a breast.

‘Might be time to buy a bra, dear’ she said, to my acute embarrassment.

Since then, I’ve always worn bras even when I didn’t need to. But this last year over lockdown, there was no one to be horrified by the sight of an outlined nipple or to gawk at a strap hanging loosely down an arm.

So like many other women up and down the country, I chose not to wear one. In fact, I hadn’t worn a bra for over a year until I attended a friend’s wedding last month as her bridesmaid.

Flora Gill (pictured) said she has never needed to wear a bra because of the size of her breasts, but wore one because that’s what women did

It seemed like the right moment to reconstruct my boob prison. But unused to the pinching confinement, by the reception I had slipped it off like Jennifer Beals in Flashdance. It was found in the corner of the marquee the next day, followed by severe disappointment when my friends learnt that there was no scandalous story attached.

But it wasn’t just a year of boob freedom that’s made me want to burn my bras. It was the influence of that other item of inconvenient attire we were encouraged to wear.

This past year, every sensible person has worn a mask (excluding those who can’t for medical reasons, of course). Naysayers have foamed at the mouth at the ruling, scrunching their brows and stamping their feet like bloated, balding toddlers. They don’t want to be mildly uncomfortable or wear something just because society says they have to.

But a friend of mine pointed out that these men not wearing masks (sorry, but judging from the protruding hairy nostrils on the tube — it is mostly men), are all complaining about issues women put up with every day when they wear bras. I was happy to wear a mask to protect vulnerable people.

But my rule is now that I will only wear something I don’t want to if it provides some public health benefit. I’m no longer that insecure teen who can be shamed by ogling strangers. I may still be my own worst critic, but, at 30, I won’t let anyone dictate what I wear.

And seeing as I’m unlikely to poke a stranger’s eye out with an uncontained bosom, I plan to follow Gillian and go braless for the foreseeable future.

WE SHOULDN’T GO BACK TO CAPTIVITY

Before the pandemic, wearing a bra was a no-brainer. If I wasn’t trussed up like a chicken, I wouldn’t leave the house. My padded wonderbra lifted, separated, and not only gave the illusion of firmer, bigger breasts (mine are a bit Scotch pancake at 34A) but also a much-needed shot of midlife confidence.

Then came lockdown and suddenly I was swapping champagne dates in crowded bars for PJs and video-call catch-ups in bed. And the one sartorial item I was most happy to bin was my bra. 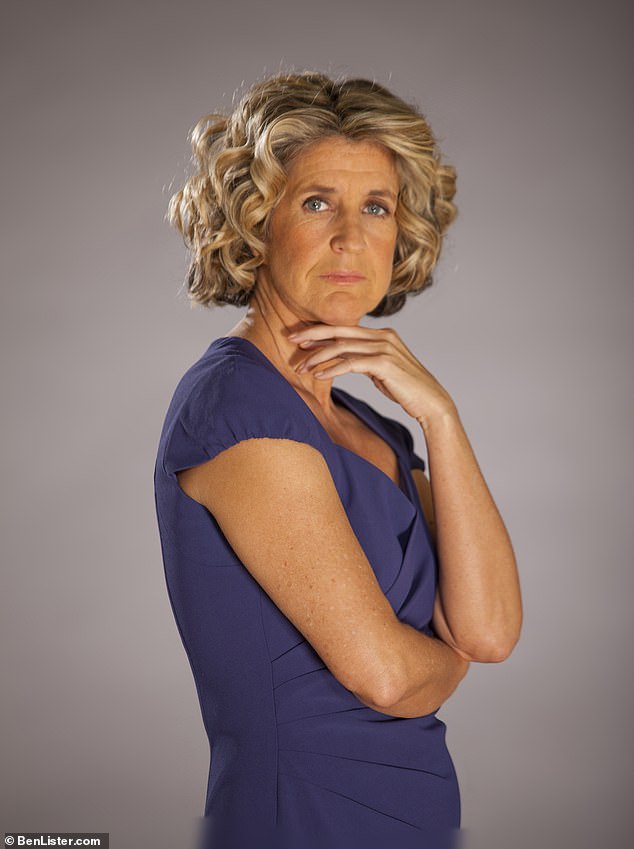 Like so many women, I got used to the joy of not strapping myself in each morning. Ditto, no more whipping off the contraption after a long day of hoiking bra straps and stabbing underwiring. It was gloriously liberating.

Needless to say, there was the occasion during lockdown when I met a friend in the supermarket and spent the whole time trying to conceal my sagging embonpoint behind an economy pack of loo roll. Hanging free in the middle of Waitrose suddenly felt a bit too suggestive.

But it got me thinking. Was I only wearing a bra for the benefit of others, bowing to some outdated societal norm?

The pandemic has changed a lot of things. After pleasing ourselves for so long, can we return to captivity?

For me, as a small-breasted woman, there is no pain and only average jiggle factor. Besides, the pre-Covid glitzy Kate feels outdated and brittle now, and so eager to please. Single, I have only myself to answer to.

On a recent trip to Peter Jones, I noticed a man staring at me, and I did a double take. Then it hit me. I wasn’t wearing a bra. Even though people stared as I made my way home — including a tut-tutting mother — for the first time, I didn’t care.

At 57, I am aware my days of looking flawless sans bra are well and truly over but comfort beats vanity any day.

To give you an example. I was looking at a recent photo taken of me, minus the bra, and wearing a fitted tee. Were those mine I thought, as I peered at what looked like two droopy spaniel’s ears halfway down my chest. But then I decided: so what?

I am done with chasing the ideal form of pert full breasts which can only be attained by hoicking, cramming and harnessing.

Like Gillian, ‘I am sorry I just can’t go back’.