Transgender physicist says Eddie Redmayne was RIGHT to play Lili Elbe in The Danish Girl after the actor called the role a ‘mistake’ – saying ‘is it any different to him playing Stephen Hawking when he’s not a scientist?’

A transgender physicist has said that Eddie Redmayne was right to play trans artist Lili Elbe in The Danish Girl – despite the actor saying this week that taking on the role was a ‘mistake’.

Redmayne, 39, was nominated for an Academy Award for playing Elbe, thought to be one of the first people to have sex reassignment surgery, in the 2015 film.

Speaking to The Times ahead of his role in Cabaret in the West End, where he plays Emcee, a gender fluid character, Redmayne said he thought The Danish Girl had ‘the best intentions’ but that, with hindsight, he shouldn’t have been cast in the role.

However, transgender physicist and journalist Debbie Hayton, writing in The Spectator this week, disagreed, saying the actor was right to take on the role and compared it to him pretending to be physicist Stephen Hawking in The Theory of Everything. 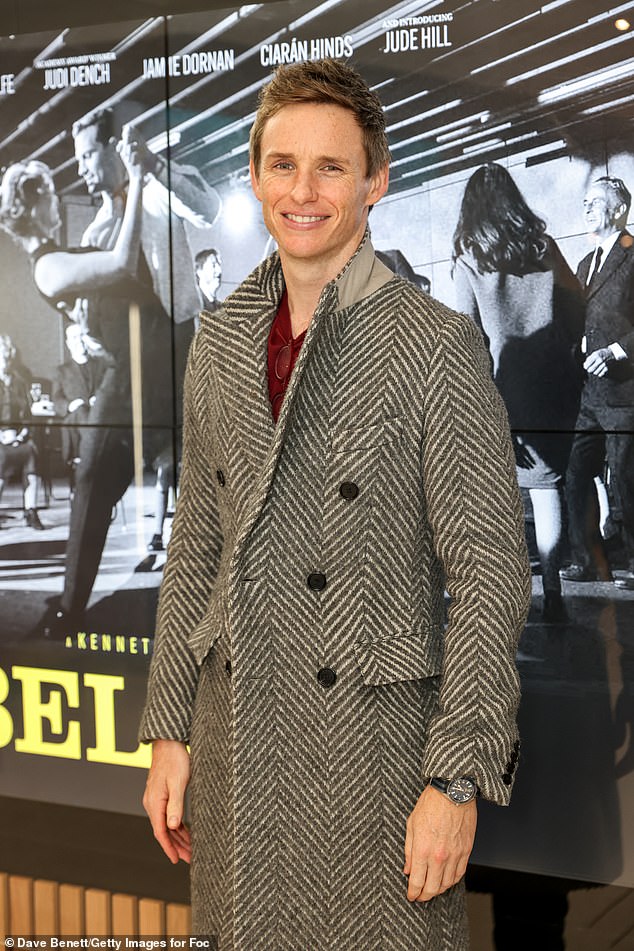 Eddie Redmayne, 39, played transgender artist Lili Elbe, thought to be one of the first people to have sex reassignment surgery, in 2015 film The Danish Girl – but told The Times that taking the role was a ‘mistake’ 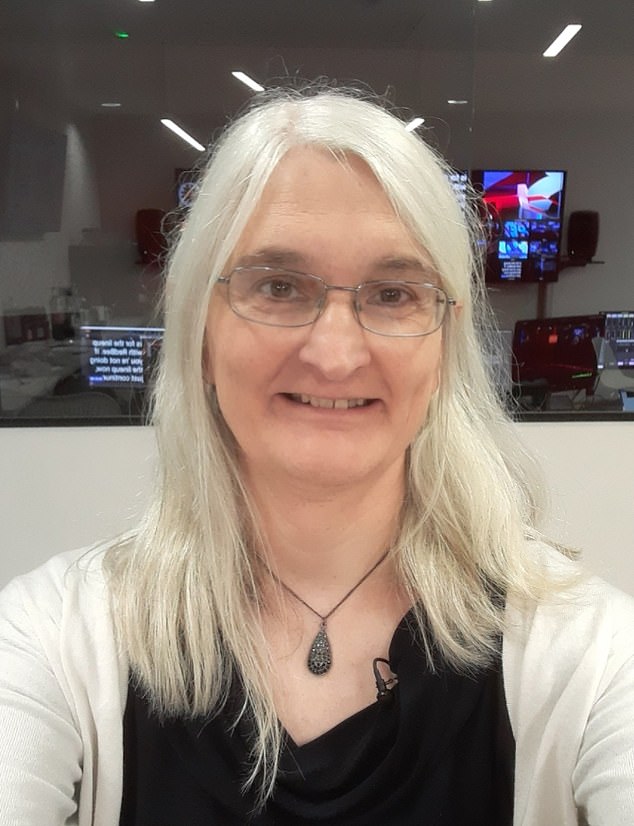 Trans physicist, writing in the Spectator this week, defended the casting of Redmayne in the film saying she failed to see how him playing Stephen Hawking in The theory of Everything was any different to playing Elbe 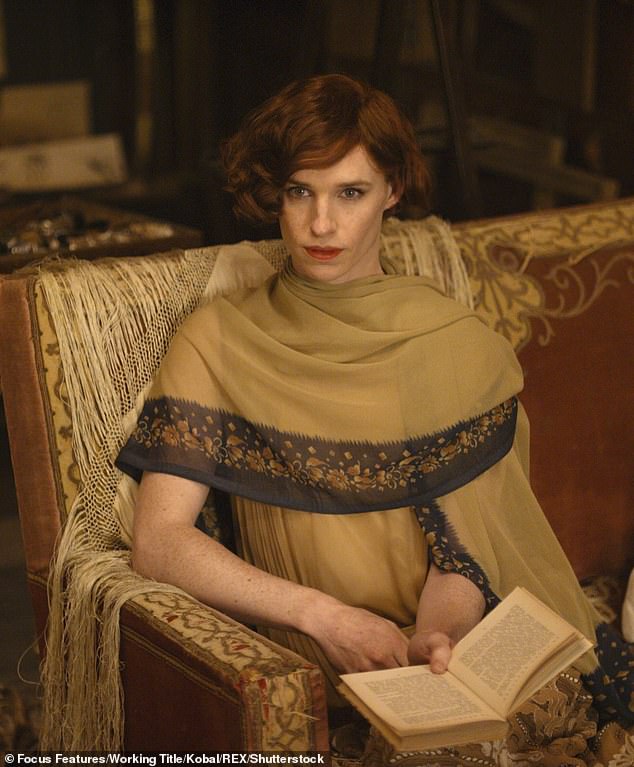 Hayton said ‘Redmayne should ignore these voices of dissent’ and praised the actor’s portrayal of Elbe, saying: ‘a lesser actor (or actress) would have struggled to emulate’

Hayton, who transitioned in 2012, wrote: ‘Was it OK for a physicist to be portrayed by someone who is not a physicist? As a trans physicist I fail to see the distinction between these two films, unless an assumption is being made that trans people are somehow distinct from the rest of humanity.

At the time of the The Danish Girl’s release, critics said the role of Elbe should have been played by a trans actor, and Redmayne told The Times this week: ‘No, I wouldn’t take it on now. I made that film with the best intentions, but I think it was a mistake’.

He continued: ‘The bigger discussion about the frustrations around casting is because many people don’t have a chair at the table. There must be a levelling, otherwise we are going to carry on having these debates.’

Responding to criticism of the role being given to the actor, Hayton said: ‘Redmayne should ignore these voices of dissent. His performance brought Elbe to life in a way that a lesser actor (or actress) would have struggled to emulate.’ 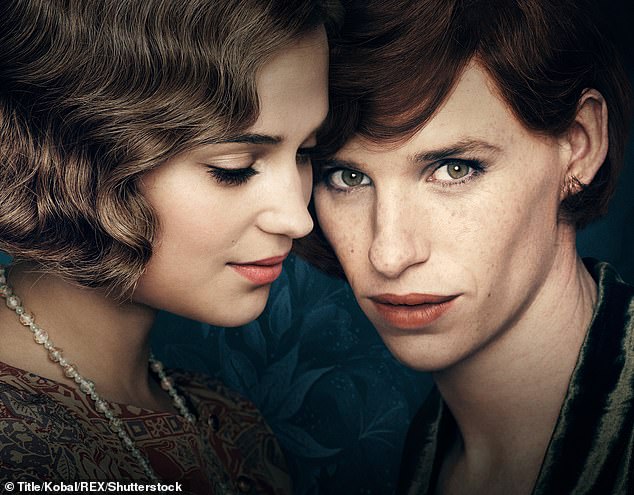 The Fantastic Beast actor said he wouldn’t accept the role if it was offered to him now. Pictured in The Danish girl with Alicia Vikander 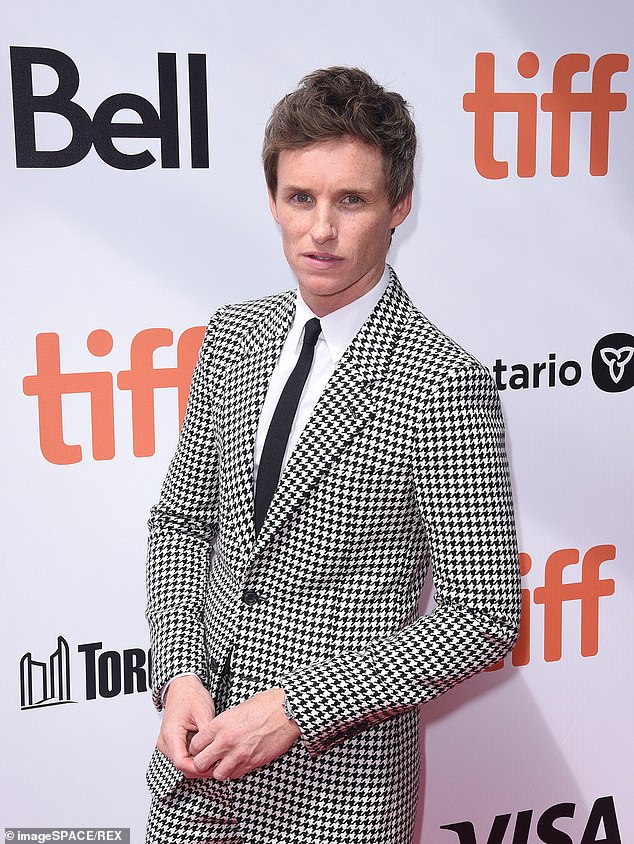 British actor Eddie Redmayne, 39, played transgender artist Lili Elbe, who is thought to be one of the first people to have sex reassignment surgery, alongside Alicia Vikander in the 2015 movie The Danish Girl. But he’s now told the Times he thinks the role was a ‘mistake.’ (pictured in September 2019)

Hayton, a parent to three children, has been open about how her own transitioning hasn’t been easy, writing in a post about her transition on her website: ‘If I knew in 2012 what I know now, would I still transition? Honestly, I’m not sure.’

At the time of Redmayne’s casting for The Danish Girl, there was an argument, which still persists today, that LGBT+ roles should be played by LGBT+ actors.

Redmayne himself told IndieWire at the time: ‘I think it’s an incredibly important discussion. And I think it’s also representative of a lot of discrimination against trans people in the work place generally.

‘I think there has been years of cisgender success on the back of trans stories.’

Other actors – including Scarlett Johansson – have received criticism after being cast as LGBT+ characters.

In 2018, Johansson had to back down from playing transgender man Dante Gill, a.k.a. Tex, who ran a string of massage parlors in the 1970s and ’80s that became fronts for prostitution dens in a movie poised to be titled ‘Rub & Tug.’ 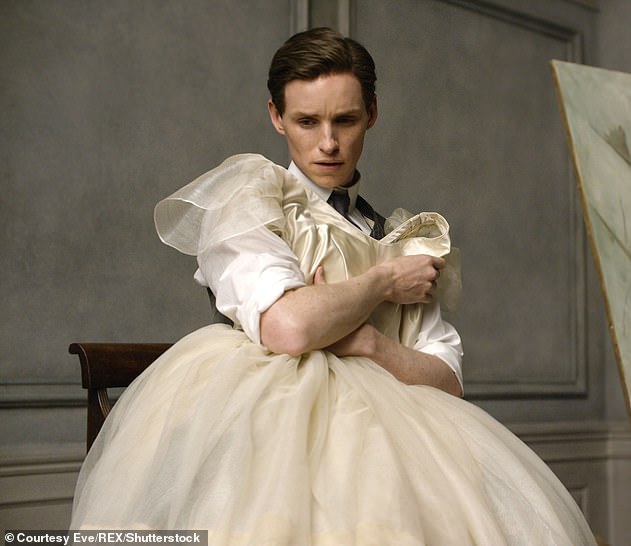 Redmayne in the movie before Elbe’s transition. The actor said trans actors should have a seat at th table when discussing representation

‘While I would have loved the opportunity to bring Dante’s story and transition to life, I understand why many feel he should be portrayed by a transgender person, and I am thankful that this casting debate, albeit controversial, has sparked a larger conversation about diversity and representation in film,’ she said at the time.

When Johansson’s casting as Gill was announced, transgender actress Trace Lysette wrote on Twitter: ‘Not only do you play us and steal our narrative and our opportunity but you pat yourselves on the back with trophies and accolades for mimicking what we have lived.

In 2020, The Fantastic Beast And Where To Find Them star joined in the chorus of critics towards J.K Rowling, 54, after she tweeted about an article entitled ‘Creating a more equal post COVID-19 world for people who menstruate.’

Rowling wrote: ‘People who menstruate. I’m sure there used to be a word for those people. Someone help me out. Wumben? Wimpund? Woomud?’

In a statement released to Variety, Eddie responded: ‘As someone who has worked with both J.K. Rowling and members of the trans community…

‘I wanted to make it absolutely clear where I stand. I disagree with Jo’s comments. Trans women are women, trans men are men and non-binary identities are valid.’

Rowling has caused a storm in the trans community and among her peers and fan base, as she was accused of transphobia with the comments.

Eddie has worked with Rowling since 2016, after starring as Newt Scamander in the Fantastic Beasts series, which is based on the 2001 book by Rowling.

His entire statement read: ‘Respect for transgender people remains a cultural imperative, and over the years I have been trying to constantly educate myself…

‘This is an ongoing process. As someone who has worked with both J.K. Rowling and members of the trans community, I wanted to make it absolutely clear where I stand. I disagree with Jo’s comments…

‘Trans women are women, trans men are men and non-binary identities are valid. I would never want to speak on behalf of the community but I do know that my dear transgender friends and colleagues are tired of this constant questioning of their identities, which all too often results in violence and abuse…

‘They simply want to live their lives peacefully, and it’s time to let them do so.

30 Dec 20
For a while, Donald Trump and Melania relocating to the President’s members-only club Mar-a-Lago once…
Lifestyle
0