Dolly Parton children: The real reason Dolly Parton and her husband have not had children

When the University Challenge camera barrels in your direction, even the steeliest contestant might be forgiven for stumbling over their well-rehearsed introduction lines.

The latest episode of the BBC2 quiz saw one flustered contestant, Lydia McDermott, from Reading, momentarily forget what subjects she’s studying – offering up instead an awkward pause.

The Oxford undergraduate looked skywards as the nerves of facing formidable host Jeremy Paxman in the half-hour quiz seemed to topple her.

Blushing slightly, the student from University College, Oxford, then regained her compure to reveal she was studying ‘Philosphy, politics and economics’ but not before Twitter jesters hadn’t picked up on her awkward stumble. 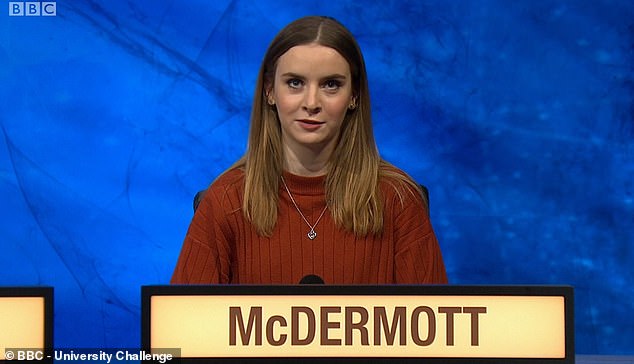 Awkward: University College, Oxford student Lydia McDermott, from Reading, rolled her eyes up as she seemed to forget what she was studying while introducing herself 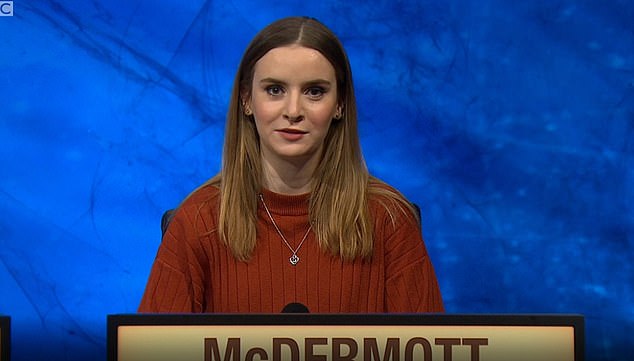 Fear: Looking straight ahead, the philosphy, politics and economics student managed to regain her composure – but the early blunder seemed to throw McDermott’s confidence off throughout the match 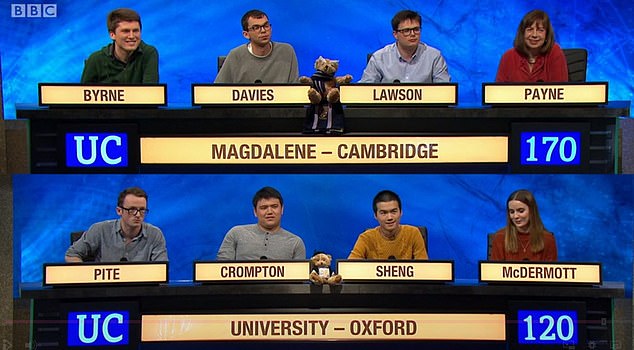 After a close-fought match, with Oxford looking like they might stage a last-minute comeback, Cambridge ended the last first round match of the series victorious

@dominic_grimes wrote: ‘#UniversityChallenge Mcdermott had to think about what she was studying – this won’t end well.’

@stevebollig added: ‘That awkward moment when you have to remember precisely what you’re studying at university…’

@jamesfallon40 noted: Lydia almost forgot what she was studying…’

@Kevenlaw penned: ‘Let me think. Poor Lydia, not a great start, lets hope she remembers some answers later to redeem herself.’

McDermott’s early blunder seemed to throw her confidence off throughout the match, with her team-mates, partcularly Sheng and Crompton, getting the lion’s share of points. 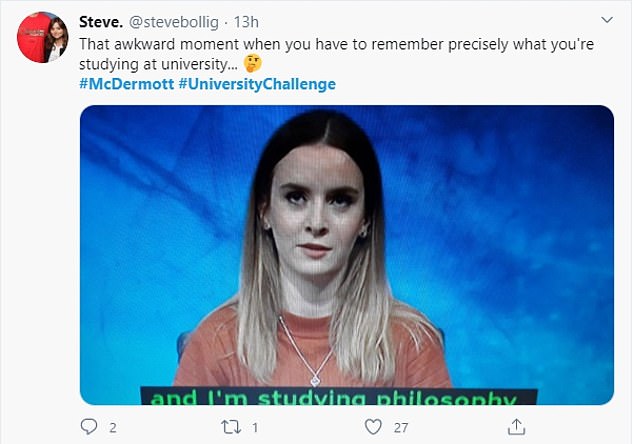 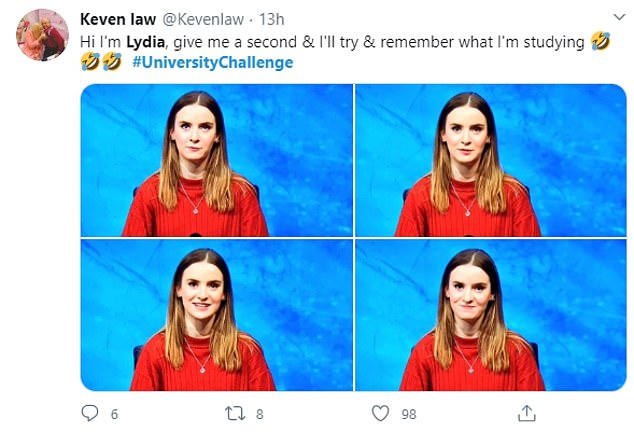 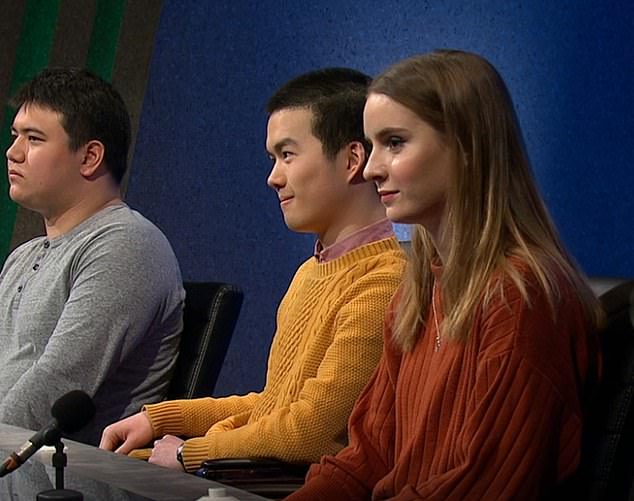 The last of first-round matches saw Magdalene College, Cambridge, take on University College, Oxford – with the latter looking like they might make a last-gasp comeback before their Oxbridge rivals sealed the deal 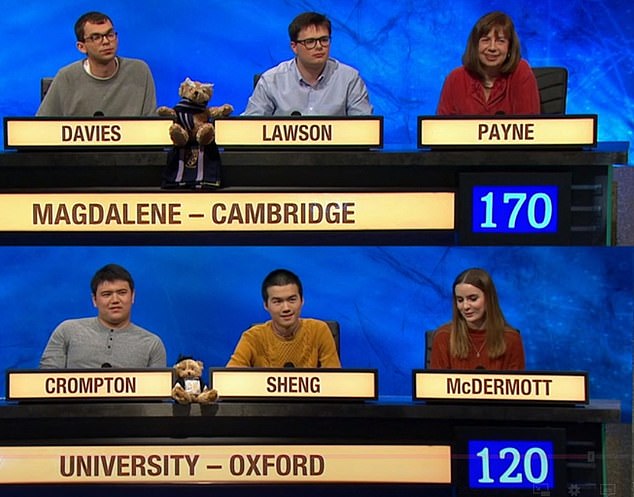 After a close-fought battle, with Oxford looking like they might stage a last-minute comeback, Cambridge eventually ended the last first round match of the series victorious – beating their Oxbridge rivals 170 to 120.

Oxford’s lower score in the match meant they won’t progress as one of the highest runners’ up from the first round, as the latest series charges on into round two.

Last week’s episode of the cult quiz show saw speculation that the questions may be getting a tad easier, with people on social media reporting higher-than-average scores.

Plenty of viewers were marking up personal bests, grabbing easy-win points with questions about British seaside towns, English football and US television series.

While Paxman served up plenty of mind-boggling questions, but for mere mortals watching there seemed to a good smattering of ones that might feature in a mid-week quiz at your local boozer.

Some of those that allowed viewers to rack up the points included questions about screwdrivers and spanners, comedy shows, the emblem of the Woodland Trust and locating British seaside towns on a map – with additional clues on nearby towns and population size.

University Challenge airs on Mondays on BBC2 at 8pm

Mike Tyson will always be remembered as one of the greatest boxers of all time, but that’s not all he’ll...