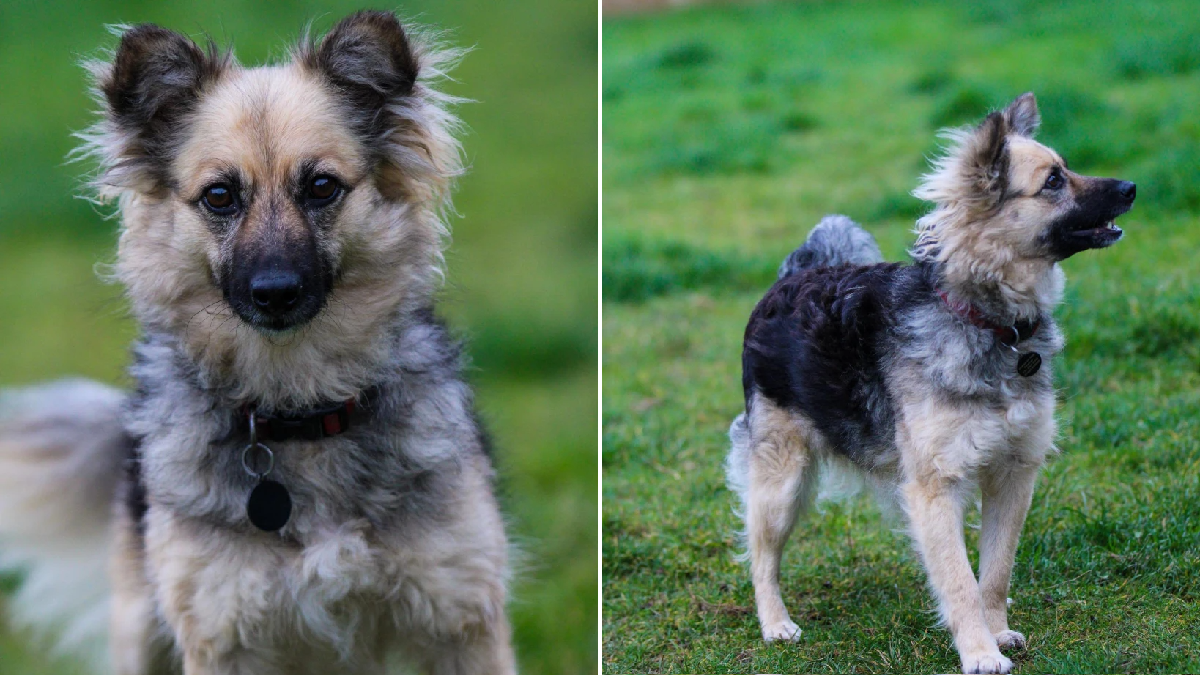 Sweet pup Epiphany is having a tough time.

The shy mixed-breed dog arrived at Oakwood Dog Rescue in Hull, East Yorkshire, 142 days ago, but hasn’t had a single person show any interest in rehoming her.

In fact, she hasn’t even had a viewing in the entire time she’s been at the shelter.

The charity has now launched an appeal to find Epiphany, who’s around the size of a cocker spaniel, the perfect home.

She’s in need of an owner with a lot of patience, and a home without young children, as she came into the shelter’s care ‘very frightened and nervous’.

The four-year-old dog has slowly started to become more comfortable around people, but life in a shelter causes more Epiphany a lot of stress – so it really would be helpful for her to find a permanent home before Christmas.

‘Epiphany arrived very frightened and nervous,’ reads the dog’s online profile. ‘She has started to come out of her shell but she is still shy.

‘She needs lots of time and patience to become more confident with people and show you the full potential she has.

‘Epiphany is too nervous to be placed with younger children and needs a mature home.

‘She is very stressed in kennels and can be vocal, she will settle much better in a home setting. She can be selective about her doggy friends so would be best with a very calm male that will not pester her.’

Another key need for Epiphany’s future home is a secure fence around the garden, because she’s very skilled at clambering up and trying to escape.

She’ll need a home with 6ft tall fencing, and someone to supervise her in the garden.

Epiphany also isn’t yet walking on a lead, but the shelter say that she’ll be able to do this soon enough.

The shelter wrote on Facebook: ‘How has Epiphany been with us 133 days and still no viewings?

‘Not only is Epiphany absolutely stunning but she has a larger than life personality and is a true bundle of fun!

‘She’s a 4 year old small/medium sized cross breed who loves running around and playing with toys, she also enjoys a fuss once she knows you.

‘She does enjoy the company of other dogs and could live with a male dog and children 15 years and over.

If you’d like to give Epiphany the loving home she deserves, you can get in touch with the shelter through their website.

10 Feb 20
ABC is renewing one of its highest rated shows the morning after the Oscars. The…
Lifestyle
0

2 Aug 20
Surely we have passed through the looking glass. We have entered the realm of belief…
Lifestyle
0