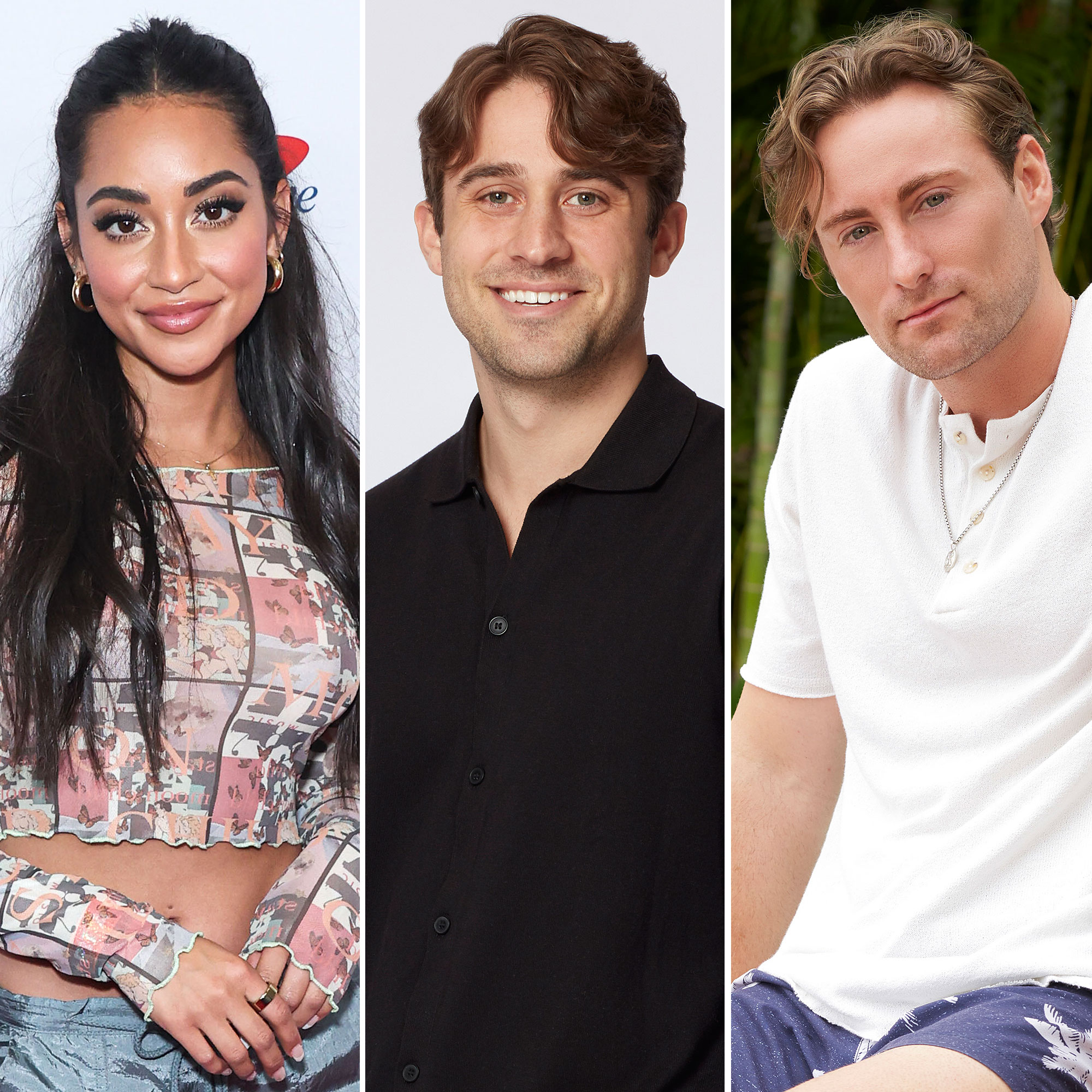 Her own version of Paradise? Victoria Fuller is officially moving on from Johnny DePhillipo with Greg Grippo, gushing about her new man exclusively to Us Weekly.

Bachelor Nation Couples Who Got Together Outside the Show

“Greg and I have very similar values and so we are just figuring it out right now. But we know what we want at the end of the day, and we’ll see what happens,” Victoria, 29, told Us at the Bachelor in Paradise Tastemaker Event after the reunion taping. “He’s an amazing man. He truly is. He’s been nothing but uplifting and encouraging through this whole experience. And that’s the type of partner that I want. Somebody who makes me feel good and makes me a better person.”

Fans watched the Bachelor season 24 alum get engaged to Johnny, 26, during the season 8 finale of Bachelor in Paradise, which aired on Tuesday, November 22. During the reunion, however, it was confirmed that the twosome split and she’s dating Greg, 29.

‘Bachelor in Paradise’ Couples Who Are Still Together

“I think Greg might move to Nashville for me. We’ll see. I own a house, so I’m not going anywhere,” she told Us before praising Greg for joining her on stage at the BiP reunion to defend their relationship. “Oh my gosh, it was the sweetest thing ever. He didn’t ask for anything. He just wanted to be there to support me, and I couldn’t ask for a better boyfriend.”

The Bachelorette season 17 alum made his appearance after things got heated between Victoria and Johnny, who disagreed on the terms of their breakup. According to the Virginia Beach native, they split three weeks after leaving Mexico.

“Johnny is an amazing person. I’ll start by saying that. He’s gonna make a girl very happy one day. I really do know that. But for me, what switched was the minute we got off the show, within the first two weeks, [he was a] completely different person than who I met there,” she told Us. “And unfortunately, it just wasn’t aligning with what I wanted at the end of the day.”

While Victoria noted that “there was a possibility for us to potentially work toward something” after their initial split over the summer, things were “completely over” shortly after they ended their engagement. Johnny, meanwhile, claimed to Us that they broke up in mid-September amid couple’s counseling. He also told Us that he has “suspicions” about when she began seeing Greg as more than a friend.

“I think Johnny was hopeful for what could be, and I had already checked out after some of the comments that he made toward me,” Victoria told Us, denying that she cheated with Greg. “And he can deny all day long what he said, but he did call me phrases, really terrible names, and maybe he says that he was joking or whatever it is, but I don’t have time at this point in my life, I don’t have time to figure out if you’re joking or not. That’s not a joke. You don’t call women that. So at the end of the day for me, it was like, ‘I have to move on,’ and no shame on him. If he thinks that’s a joke, that’s great. Then maybe the next girl will think that that’s funny. But it’s not funny to me.”

With reporting by Hannah Kahn 31 May 20
In an Instagram Live that touched on the death of George Floyd, the black man…
Lifestyle
0