The opening of the international border has revived concerns about a big Australia and arrivals from overseas during the pandemic, with 58 per cent of voters backing the idea of restarting migration at a lower level than before the coronavirus.

Only 7 per cent of voters want to restart the migration intake at a higher level than in the past, as Prime Minister Scott Morrison opens the border to students, temporary workers and some tourists who have been fully vaccinated. 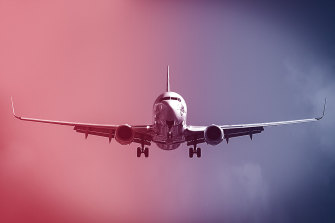 The majority of voters back the idea of restarting migration at a lower level than before the pandemic.Credit:

Another 20 per cent want the intake to return to the levels when Australia had permanent migration of about 160,000 each year, fuelling a debate over the economic recovery, skills shortages and job opportunities for people thrown out of work during the crisis.

The exclusive survey, conducted for The Sydney Morning Herald and The Age by research company Resolve Strategic, found only 33 per cent of voters thought the economy would improve in the next month but 59 per cent thought it would get better in the next year.

Mr Morrison is telling voters he will make “sensible” and “balanced” decisions to rebuild the economy from the pandemic while Labor leader Anthony Albanese steps up a fight over jobs, wages and whether the Prime Minister can be trusted to deliver on promises.

The new survey highlights the caution in the community about opening the border to more international arrivals ahead of changes on December 1, when fully vaccinated people with visas can come to Australia as students, skilled workers, temporary workers, working holiday makers and family members.

“We’re expecting probably around about 200,000 or thereabouts that fit into the skilled and other visa categories that we would hope would take this up,” Mr Morrison said on Monday.

But the future migration program is turning into a political battleground over jobs and wages, with Labor home affairs spokeswoman Kristina Keneally accusing the government of encouraging temporary migration to fill jobs.

“When we talk about a plan to build back better, when we talk about needing a plan for migration, we have an obligation to ensure that we have a migration program that works in the national interest, that gives Australians a first go and a fair go at jobs,” Senator Keneally said this week.

She said the policy should stamp out wage theft and exploitation, invest in training and impose tests to guard against employers getting skilled labour from overseas rather than spending on skills in Australia.

The Resolve Political Monitor asked 1606 eligible voters their views on migration and other issues over six days to November 21. The results have a margin of error of 2.5 per cent.

The survey on migration said: “Permanent migration into Australia sat at around 160,000 people a year before COVID but fell to negligible levels in the last two years. There has been some debate about whether this is a good or bad thing as it can have consequences for the economy, families, skills, diversity and infrastructure.”

Support for a lower migrant intake was stronger among Liberal and Nationals voters, with 65 per cent in favour of restarting at a lower level compared to 58 per cent support among Labor voters.

“When people voice concerns about immigration we find it’s not generally about xenophobia or loss of identity. It’s more about the scale of immigration, and whether the economy, services and infrastructure are able to keep pace,” Resolve director Jim Reed said.

“Immigration may have many macro-economic benefits, but people don’t necessarily feel or even recognise them in their own lives.

“Most people haven’t been touched by the coronavirus directly but the social and economic impacts of restrictions have been felt by most. There’s now an optimism that Australia has got over the worst of this and its economy will get progressively better over the next year or so.”

In a question that allowed multiple selections from a range of options, 40 per cent favoured giving priority to skilled workers while 16 per cent backed unskilled and agricultural workers.

Only 15 per cent said the priority should go to those who have studied in Australia.

25 Nov 20
This week's state budget puts a highlighter pen through the difference between the beliefs, management…
Lifestyle
0