For the last seven seasons of Orange is the New Black, audiences have watched countless characters evolve while serving time in Litchfield Penitentiary. "Prison changes people" is a cliché that exists in the real world, and the Netflix series has done an excellent job of demonstrating how that’s true. In a large ensemble, perhaps no character has changed more than Daya Diaz (Dascha Polanco). She began the series as a sweet and naive young woman who spent most of her days doodling and crushing on CO John Bennett (Matt McGorry). But, she reaches a turning point after pointing a gun at a guard’s head and inciting a prison riot and led to multiple deaths at the end of Season 4. She begins Season 7 already down a much darker path than the one she’d been on before, and it all leads to a shockingly tragic final scene. Fans are wondering, was Daya killed on Orange is the New Black? She may have said a truly final goodbye. Warning: Spoilers for Season 7 of Orange is the New Black follow.

At the start of Season 7, Daya is the drug lord running things in her resident D-Block and beyond. She’s teamed up with her mother Aleida (Elizabeth Rodriguez) and CO Rick Hopper (Hunter Emery) to smuggle pills into the prion, so their supply is able to keep up with the high demand. 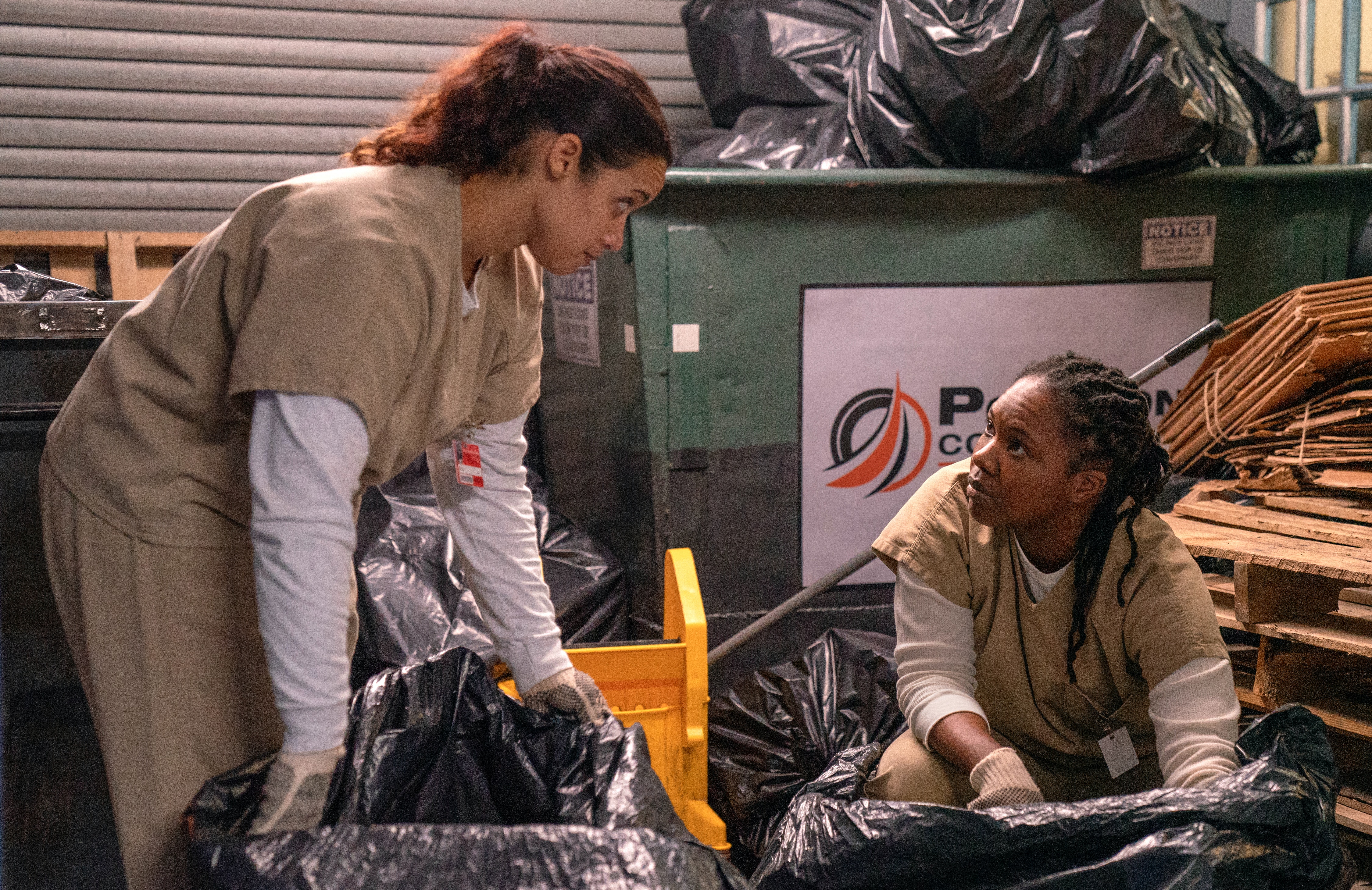 But, while Daya is running a gang in prison, Aleida is worried about the example she’s set for her kids. Not only is Daya dealing drugs, but she’s addicted to them as well, and Aleida is upset about her daughter’s downward spiral. She becomes determined to make sure her younger children don’t end up like Daya.

After an attempt at protecting her teenage daughter, Aleida lands herself in prison alongside Daya and discovers that Daya has wrangled her younger sister into dealing drugs with her. Not only that, but Daya has plans to get her other siblings involved too. That’s the final straw for Aleida, and that’s when she snaps.

In their final scene, Daya asks her mother if she knows what it’s like to kill somebody. Aleida punches Daya in the throat and strangles her on the floor as she says in Spanish, "Maybe I’ll know what it’s like now." And that’s it. That’s the last the audience sees of Daya and Aleida. Daya’s fate is left open-ended. But if Aleida’s violent actions really match her words, then that scene shows Daya’s last living moments.

Even though the show doesn’t give fans a concrete answer to the question of Daya’s fate, fans can look to Polanco for a little insight. The actress previously told Digital Spy that if there are any Orange is the New Black spinoff series, she doesn’t think Daya will be a part of them. "I know that season seven is the end for me," Polanco said.

You can watch all of Season 7 of Orange is the New Black on Netflix now.