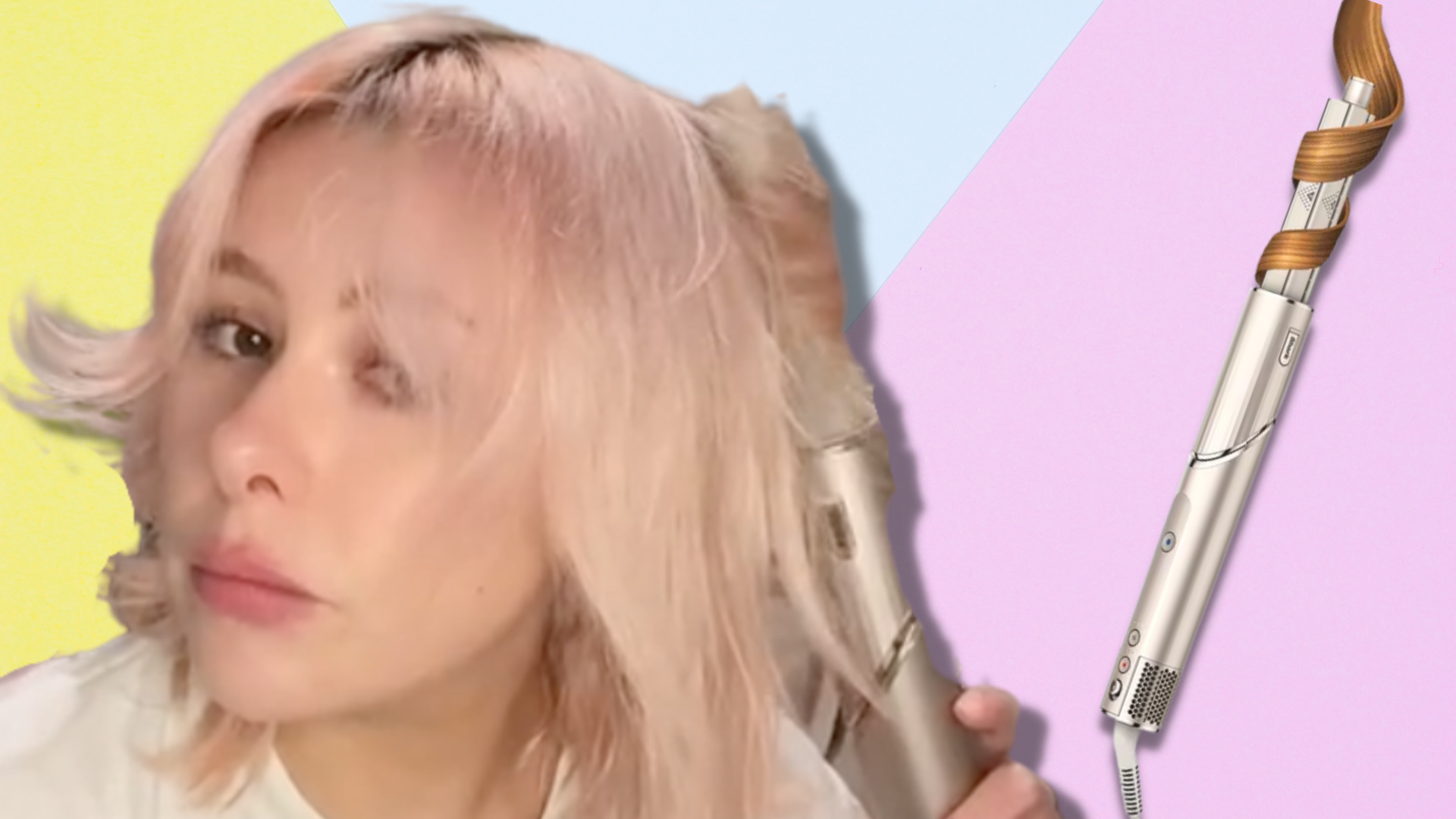 This article contains affiliate links. We will earn a small commission on purchases made through one of these links but this never influences our experts’ opinions. Products are tested and reviewed independently of commercial initiatives.

Yet, thanks to new advances in technology (and a few lessons in damage learned the hard way) we now have a huge range of styling options that won’t fry our strands.

The tool of choice for a number of beauty gurus is the Dyson AirWrap, using the ‘Coanda effect’ to create curls with lower temperatures and greater control.

What is this magical technique?

The Coanda effect is an ‘aerodynamic phenomenon’, according to Dyson.

‘Air, when propelled at the right speed and pressure, naturally follows an adjacent surface, pulling in the surrounding air,’ the site explains. ‘The Dyson Airwrap styler harnesses this phenomenon by creating a spinning vortex of air around the cylindrical shaped barrels of the tool.’

The only problem is the price tag, which at £479 for a basic model is out of budget for many of us.

While cheaper options are available, a big-name contender using the Coanda effect did not emerge… until now.

Enter, the Shark FlexStyle, which harnesses that same technology and five changeable attachments for auto-wrap curling, straightening, volumising, smoothing, and definition – all for £279.

The rival vacuum manufacturer released its debut beauty product last year, and the FlexStyle has since made its way to the Love Island villa, where islanders have been spotted perfecting their ‘dos.

I was intrigued to see how Shark’s offering measured up against (considerably more expensive) competitors. Is it worth spending more? I tested it out.

The Shark FlexStyle is a five-in-one multi-styler that promises ‘fast drying speeds’ and ‘no heat damage’, with technology that measures heat 1,000 times per second for optimum temperatures.

Along with the wand itself, it comes with five different attachments: two curling barrels, a paddle brush, an oval brush, and a curl-defining diffuser.

Using the lock buttons you can change and remove attachments on your FlexStyle, as well as rotating the end of the device 90 degrees to turn it into a hairdryer.

The FlexStyle’s barrels harness the Coanda effect to auto-wrap curls for you, switching between the ‘left’ and ‘right’ attachments (recommended for the left/right side of your hair).

From damp hair to messy curls in no time. Big fan of this (and it’s £200 cheaper than the AirWrap!) #sharkflexstyle #hairstyle #hairtools

The first thing I noticed about the FlexStyle was how sleek it looked. At £279, it’s not exactly a bargain, but it measures up to more expensive options in the looks department.

The included guide is handy for getting started, but many of its functions are fairly self explanatory. I loved the simple design, as well as how quickly it switches between functions.

In terms of styling, I was seriously impressed. I started out with 80% dry hair, using the oval brush (a combination of boar and nylon bristles) to add volume to the top of my head. Alongside drying my hair in seconds, the FlexStyle provided my limp locks with a healthy hit of body – all without weight.

Next, I tried the curling barrels. I can be lazy when doing my hair – and sometimes just don’t bother – so the auto-wrap feature is a morning routine game-changer. You barely have to do the work at all, as the rotating air creates ringlets in seconds.

The cherry on top has to be the Cool Shot button. If, like me, your hair rarely holds a curl, you’ll be shocked at the difference it can make. The finished style lasted all evening, even without my usual spritz (or five) of hairspray.

The main issue I had with the Shark FlexStyle was its size. Although it’s lightweight, weighing in at just under 700g, it was hard to manoeuvre with the oval brush. This attachment does have a tip that you can hold as you twist, but I struggled to keep control.

Additionally, the buttons could do with accompanying sounds or embossed symbols, as they’re not always easy to find when you’re mid-curl and in a flap.

You do also need to be careful when changing attachments, as they can be hot to the touch.

At £279.99, the Shark FlexStyle isn’t exactly a bargain. When up against Dyson’s AirWrap, however, it offers equivalent results for hundreds less.

Its versatility is my favourite thing, and I’m considering streamlining my basket of hair tools and making this the go-to because of how well it works.

The auto-wrap curlers are a major draw too, meaning I was able to dry and style my full head in less than 10 minutes.

Having tried countless hair tools, I’d go as far as to say the FlexStyle is the best. For a single buy that replaces your worn-out straighteners, dryers, and curlers, it’s worth the investment. 31 Jul 21
"One is not unaware of what is going on in the Twitter-verse." The filmmakers of…
Lifestyle
0