Mum begs for help identifying mystery ‘pebbles’ that appear through her house – so do you know what they are?

A mum was left baffled after finding dozens of tiny mysterious ‘pebbles’ around her home – before being told they had likely fallen out of a heat pack.

She begged for help from members of the Mums Who Clean Facebook page, where she said the rocks have been appearing out of the blue.

‘Does anyone have any idea what these are and why I am finding them daily in my house? They look like and are as hard as pebbles but we have nothing like it in the garden,’ she wrote.

She added that she finds two or three each day and shared a picture of one of the offending ‘pebbles’ on her hand, before later learning they were small rocks falling out of a small hole in her heat pack. 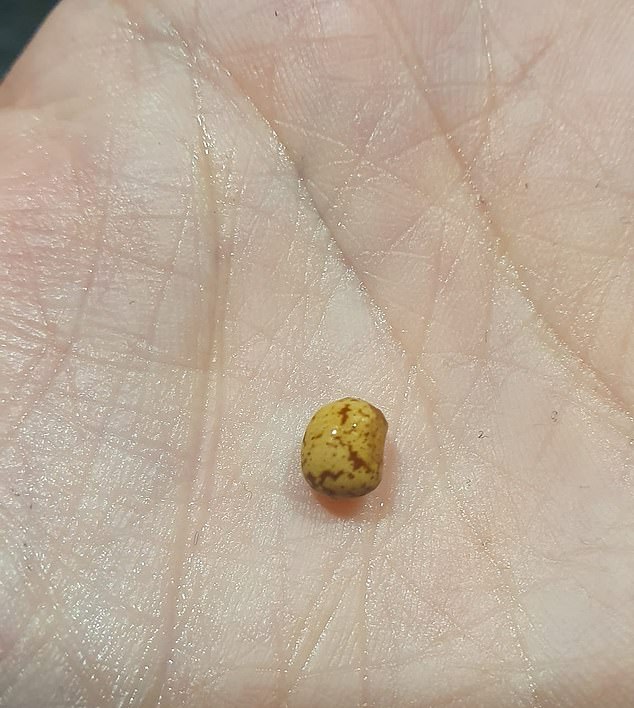 A mum has been left baffled after noticing tiny ‘pebbles’ around her home, with more appearing every day

People were quick to offer their opinions on the mystery item.

‘It looks like a kidney stone to me,’ one woman said.

Another woman explained her child comes home from daycare with ‘little dried beans’ in his pockets often.

‘I think they use stuff like that in sensory bins, could it be that?’ she asked.

While a third said the hard balls must be ‘skink eggs’ claiming the little lizards had been busy.

But some actually picked it immediately: ‘It looks like a lupin’.

One finally clarified and told the mum to check her heat packs, as the grain is often used inside. 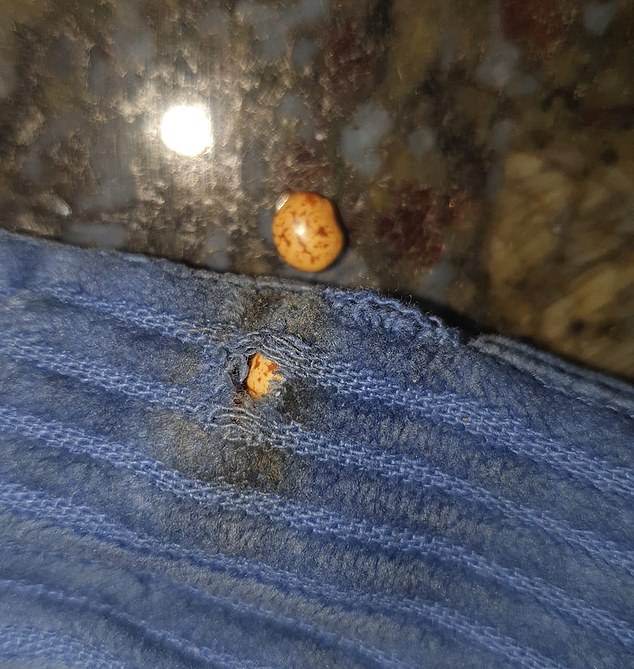 An hour after the suggestion was made the mum posted a picture of the offending heat bag, filled with identical grains.

‘For everyone playing along… I checked out heat pack and there is a hole,’ she said.

The mum went on to admit she never would have thought to check the heat pack. 24 Nov 21
Prince Charles and Princess Diana were married in 1981. Less than a year after saying…
Lifestyle
0