Given half a million Australians are currently – or have been – in the army, it’s surprising we don’t know more about what that reality looks like. First Casualty, a stunning new play by Lieutenant Colonel Christopher Johnston, is designed to change that. Making its premiere in Brisbane this weekend, it is inspired by his firsthand experience of war, and pulls no punches. 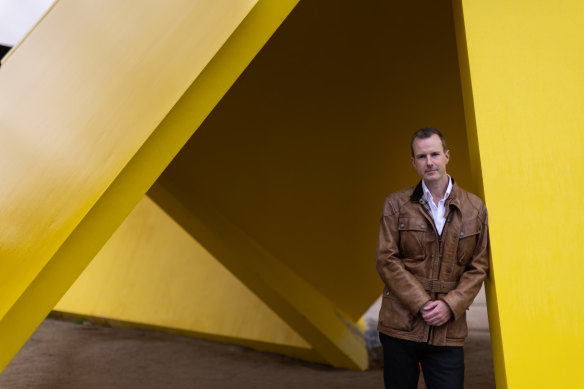 Melburnian Christopher Johnston has written a play about war in Afghanistan and is the first defence person to write about the war.Credit:Jason South

The backdrop is Afghanistan, where soldiers posted in remote areas live in platoon houses and patrol bases for nine months at a time, in harsh, dangerous surroundings. It’s an extraordinary chapter of our history and the story is not well-known, says the Melbourne-born-and-raised playwright, who has been in the army for just under 20 years.

He wrote the play in 2015, soon after returning from a deployment in Afghanistan. It was short-listed for the Queensland Premier’s Drama Award in 2016 when it caught the eye of director Lee Lewis, then head of the Griffin Theatre Company. “This is one of the most significant plays I will ever work on,” says Lewis, now artistic director at Queensland Theatre Company.

The army has been through transformative moments in Afghanistan, Lewis says. “It’s the age of deconstruction everywhere, questions are being asked about the warrior traditions and how damaging they can be in the representation of soldiering,” she says. “We need to ignite a better curiosity in [Australians] so that they’re moving beyond just expecting media to report, they’re actually hungry to learn more about what our engagement was … [and] what the soldiers’ experiences were.”

Those in our armed forces are not natural storytellers, she says, they are natural secret keepers: to keep us safe, they actually don’t want us to know much detail. “I think the army are nervous; it is a big thing, it’s a big thing for a state theatre company to be telling a story in this space and I think they are worried about how the army is coming across. It’s not pro-war, it’s not anti-war, it’s not any of that, it’s about humanising soldiering in the modern age.”

Though primarily focussed on this season, Lewis says First Casualty is “absolutely a play that should tour” domestically and internationally. “I would love to see this going over to America – this is the kind of writing Americans are not brave enough to make about their own military. We’ve done this in the past where what’s made in Australia has been helpful for Americans,” she says. “Ultimately my ambition for this is to take it to the Kennedy Centre.“

”We’re at the beginning of the reckoning; we’re going to spend the next 20 years understanding. It’s important that there is a solider’s voice in it, [it’s] important that it is a fictional voice; it’s about the emotions and the ideas, not ‘did this person do this or not’,” she says. “That’s what a fiction allows us to do.“

The stage is in the DNA of Johnston’s family: his grandmother, Joy Mudge AM, wrote her own musicals and plays for children and ran the Oxford Children’s Theatre in Box Hill for more than two decades. “My sisters and I basically grew up in that theatre,” says Johnston, who performed in a few shows as an adolescent. He went on to study music at university and after graduating toured Europe with Pablo, a male singing group who he jokes “did a fine line in black skivvies”. 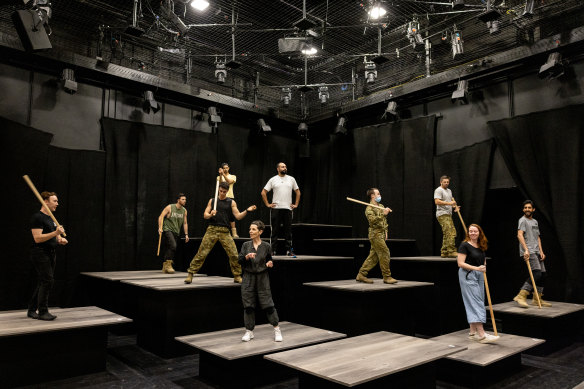 Rehearsals for First Casualty at the Queensland Theatre Company.Credit:Brett Boardman

Many years later, employed by the army and living in Washington DC, he came across a play called Black Watch, based on interviews with service people who’d returned from Iraq, and his mind turned again to theatre.

Johnston felt compelled to tell the story of Australia’s work in Afghanistan. Because the war is not well understood, or indeed military service in general, he says a lot of soldiers returning have trouble relating their experiences in Afghanistan. That lack of understanding “is compounding some of the most fractious and divisive and destructive dynamics influencing civil/military relationships right now”.

He hopes the play fosters understanding and dispels misconceptions. “There’s a young character in the play, a young sapper who, like many young men today, can’t read or write very well. So, how does he relate his experiences in a way his friends or family can understand – or his broader community? I suppose I wrote the play for him.”

Life in the armed services is difficult, dangerous and confronting. Part of what attracted Johnston to sign up is a commitment to the greater good. “What I love about serving in the army is I work with men and women who are committing themselves to a vocation that is bigger than themselves, that is actually above politics; they are willing to subordinate their own interests to what they feel is more important. I don’t consider myself to be particularly political; I think the play … might inflame the people on the left and on the right because it’s not politically correct, but also it doesn’t conform to this traditional idea of the ANZACs.” 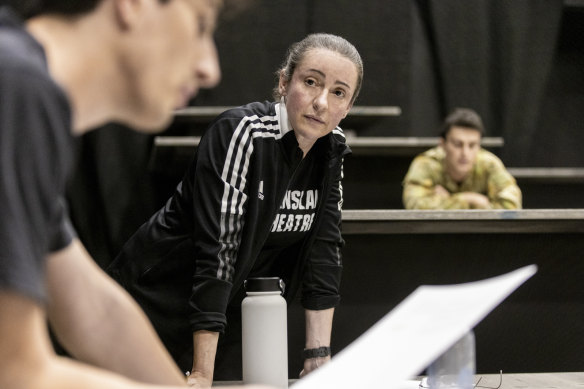 That hero idea is absent from the work, which tells the story of four Aussie soldiers of various ranks and their Afghan interpreter, as well as Afghan troops, Taliban insurgents and a warlord.

The 20-year-long conflict began with the attack on the World Trade Centre in New York in 2001, a mission that was perhaps destined to be tragic, given the country’s history. “We knew exactly what we were getting in for,” Johnston says, adding “I would go back to Afghanistan tomorrow if Australian soldiers were still fighting and dying”.

“Even a lost cause is sometimes worth fighting for and it’s hard to think of a more noble cause than Afghanistan: the poverty, the illiteracy, the sheer despondency of that country, combined with the natural beauty of its landscape and its people, I was happy to fight for Afghanistan,” he says. “And all of us were in it to win it but the ends never matched the means … We never invested the means that were required to achieve the ends that were sought.“

The momentum of the campaign shifted in May 2011, when Osama bin Laden was killed in Pakistan, according to Johnston. That’s the point at which the play is set and it is through that prism he aims to tell the story of the entire war. Until mid-2011, Improvised Explosive Devices (IEDs) were the major killer of Australian soldiers in Afghanistan. Soon after news of the proposed allied forces withdrawal came the first ‘green on blue’ attack and insider attacks became the leading killer.

“Some terrible men decided to pick the winning side… Afghanistan continued to be a very violent place,” he says. “But there was really no overarching, compelling strategic decision, other than carefully scripted capitulation, according to a timeline set on the other side of the world.” 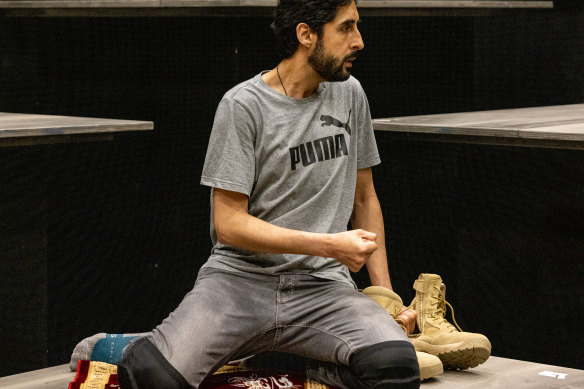 Currently studying Japanese at the defence school of languages in Laverton, Johnston will soon head to Tokyo as Australia’s army attache designate.

Proud and excited about the play, he is also nervous about how it will be received. “I’ve been really encouraged by the very strong support of colleagues that I work with and the chain of command. The play met significant resistance in Canberra but colleagues, my chain of command, and from combat veterans I know well have been nothing but supportive.”

Johnston says he understands why the US and its allies, including Australia, decided not to continue their mission after May 2011. Even so, there’s a note of regret in his voice when he reflects on how things were back then. “It was a more ambitious time: the Western world, we were ambitious about human rights and the promotion of our values in other countries and I think those aspirations really died in Iraq and Afghanistan,” he says. “I think if I can tell that story allegorically at its smallest, most tactical level … and depict these extraordinary men dealing with forces, many of which are within their control – these are very capable soldiers – but they are also dealing with forces beyond their control, and an environment that is largely beyond their understanding.” 27 Jun 21
Love Love Island? Our Factor 50 email brings all the goss direct to your inbox…
Lifestyle
0 4 Nov 22
Two weeks ago, my health took a steep downturn.  I have telescopic rods in both…
Lifestyle
0