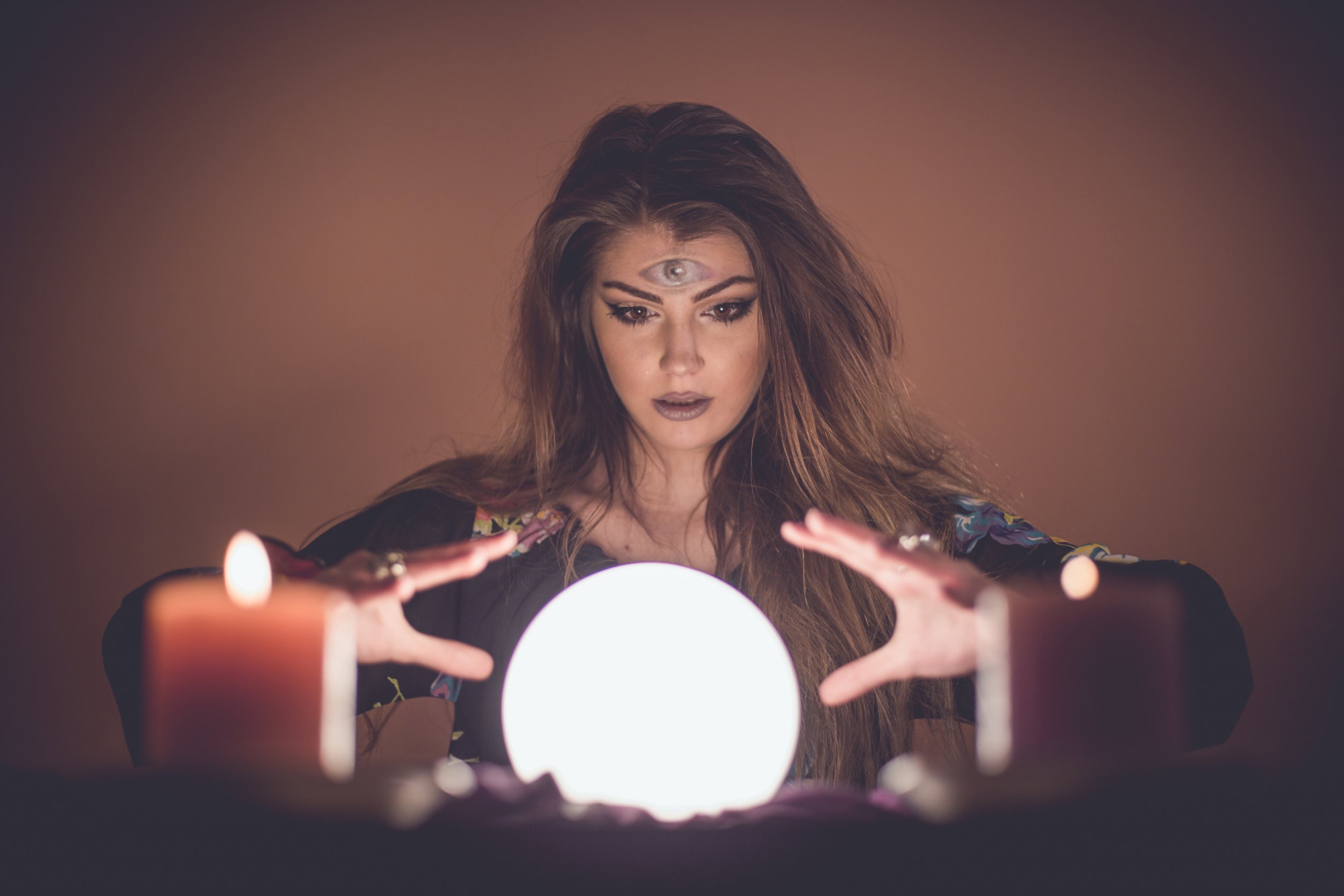 The pandemic has affected us in ways we’ve yet to fully comprehend, but one of the more unexpected is a new wave of witchcraft.

The WitchTok hashtag has garnered billions of views on social media, manifestation has become mainstream, and witchcraft paraphernalia is available on the high street all year-round, not just Halloween.

‘I think the rise of interest in witchcraft and magic is definitely telling about the state of society,’ says Lottie Salako, 26, from Liverpool, a white witch and search trends analyst for Salience Marketing Research.

‘Practices such as crystal work, astrology, tarot, and charms are all easily digestible tools of empowerment for people who feel like they have little control in their lives.’

Witchcraft might seem woo-woo, but even the most vocal cynic has probably picked up a penny for good luck, or avoided walking under a ladder, just in case.

‘We all do it. Small superstitions, such as touching wood, saluting magpies, believing in karma, all place accountability for positive and negative experiences in our lives with something outside of ourselves,’ says Salako, who started exploring witchcraft in her teens.

‘My nan used to go to seances in haunted houses, so my mum was happy to buy me spell books. These days, there are so many types of witches: green, white, grey, crystal, cosmic that all have their own aesthetic and essential toolkit.’

The relevance of witchcraft has ebbed and flowed through the decades.

‘The modern interest in witches started in the 1970s with the feminist rediscovery of the persecution of women in witch trials across Europe. The idea that this represented the suppression of a whole world of female knowledge about spirituality and healing was very appealing.

‘It was picked up by the “new age” religions of the 1980s and 1990s, and has been going ever since,’ says Robert Poole, Professor of History at the University of Central Lancashire and author of The Wonderful Discovery of Witches in the County of Lancaster.

‘I imagine the recent resurgence is partly due to Covid with people looking for exciting mysteries outside the grim realities of lockdowns. There’s also a huge trend for historical-style drama at the moment, heavy on sword, sex and sorcery,’ he adds, referring to the likes of Game of Thrones and The Witcher.

Both on screen and in literature, witches are typically depicted as hateful monsters. Even the Sanderson sisters in Hocus Pocus, back for the much-anticipated sequel this September, are child killers.

‘The historical reality of witchcraft in Britain and Europe though was mostly of poor and vulnerable women being bullied and persecuted by their more powerful neighbours, and sometimes using their own reputations to make a living and survive,’ notes Robert.

One of the most fascinating places to explore witchcraft and magical practice is the Museum of Witchcraft and Magic in Boscastle, North Cornwall.

‘It’s really a social history museum, looking at everything from the persecutions to how witches have been depicted in popular culture’ says Simon Costin, director of the museum.

Although we associate witchcraft with Halloween, there are celebrations throughout the year.

‘During the summer months, we celebrate festivals such as Beltane on May 1, to honour the fertility of the Earth; Litha on June 21, to utilise the energy of the Sun to inspire us into action, and Lughnasadh on August 1 to give thanks for what nature has given us with the first harvest,’ explains Ceryn Rowntree, 39, an eclectic witch based in Northumberland who incorporates witchcraft into her work as a therapist and coach.

‘There are so many misconceptions about witches. That we only wear black, that we dance naked under the moon, that we’re “weird,” or in some way evil, even though one of the few rules of witchcraft is “thou shall do no harm.” In reality, witches come in all shapes, forms, and walks of life.’

Spells are not the main focus of witchcraft, insists Rowntree.

‘It’s much more about connecting to ourselves and nature. Personally, witchcraft has led me to develop a sense of belonging in a world that can so often be difficult to find.’

Which Witch Are You?

Crystal Witch: Practices the power of crystal magic and its associated energies. Tends to use chakra cleansing and healing based on the belief that certain crystals vibrate at unique frequencies and can be used to heal or alter your energy.

Cosmic Witch: Focuses on how the energy emitted by celestial bodies residing in the spirit world, influences the inner self. Typically works with astrology and astronomy, and time their activities with celestial events and moon cycles.

Eclectic Witch: Cherry picks what feels natural and good to them on a personal level. Often seen as trying to normalise conversations surrounding witchcraft and magic.

Green Witch: Embraces nature by drawing on the energies from the Earth and untamed things. Relies on plants, flowers and herbs, and calls on nature for guidance.

Grey Witch: Balances the powers between the magical forces of both black and white magic, incorporating both benevolent magic and cursing with the aim of creating more justice in the world. 21 Sep 21
Hamilton, the smash-hit musical credited by many critics with reviving the genre worldwide, is set…
Lifestyle
0 22 Jun 22
The dreaded situationship can be a total minefield. Are you a thing? Will things finally…
Lifestyle
0