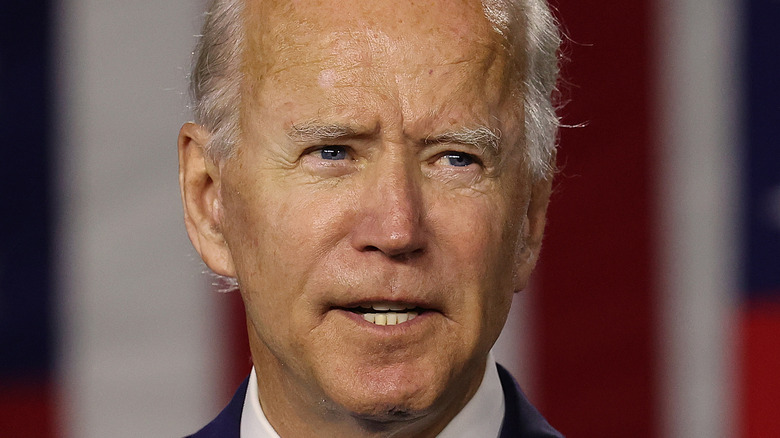 Joe Biden’s Justice Department is facing scrutiny after maintaining their decision to defend Donald Trump against a defamation lawsuit. The lawsuit was brought against the former POTUS by writer E. Jean Carroll, who accused Trump of sexually assaulting her in the 1990s. The accusation was included in her memoir, “What Do We Need Men For,” and the specific excerpt involving Trump was published in The Cut in 2019 (via The New York Times). After it was published Trump responded that the accusation was a lie and Carroll was simply trying to sell books, sparking the lawsuit.

According to the The New York Times, Justice Department lawyers have argued, that “Elected public officials can — and often must — address allegations regarding personal wrongdoing that inspire doubt about their suitability for office.” Adding, “Officials do not step outside the bounds of their office simply because they are addressing questions regarding allegations about their personal lives.” And the internet is seething, as is Carroll herself. “As women across the country are standing up and holding men accountable for assault the DOJ is trying to stop me from having that same right. I am angry! I am offended!” (via BBC). 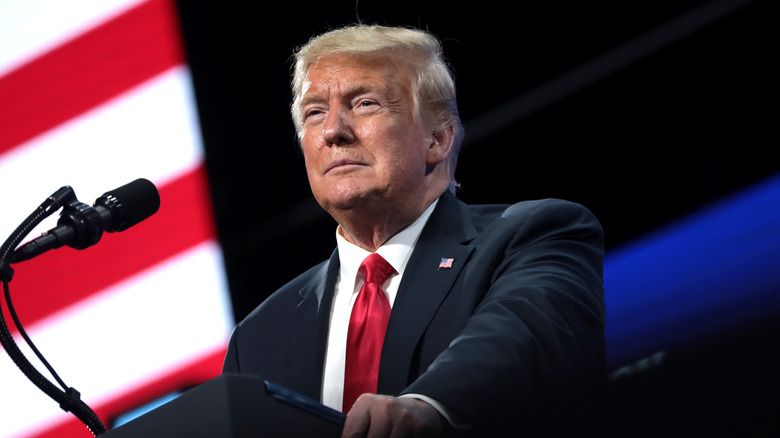 As Roberta Kaplan, E. Jean Carroll’s attorney, wrote on Twitter, “The DOJ’s position is not only legally wrong, it is morally wrong since it would give federal officials free license to cover up private sexual misconduct by publicly brutalizing any woman who has the courage to come forward.” She went on, “Calling a woman you sexually assaulted a ‘liar,’ a ‘slut,’ or ‘not my type’ — as Donald Trump did here — is NOT the official act of an American president.”

Former U.S. attorney Barb McQuade shared a similar sentiment, writing, “DOJ argument stretches logic to say Trump was acting within scope of his job duties as POTUS when he allegedly defamed ⁦@ejeancarroll and denied rape,” while CNN Senior Legal Analyst, Elie Honig, wrote, “As Judge Lewis Kaplan (a brilliant judge, by the way) held: ‘while commenting on the operation of government is part of the regular business of the United States, commenting on sexual assault allegations unrelated to the operation of government is not.'”